The himbo, the male version of the bimbo, could help smash certain masculine stereotypes. Photo: AFP

It only took one photo of Ryan Gosling as Ken to resurrect the himbo from his ashes, like a phoenix with a waxed and well-oiled chest.

A male version of the bimbo – revered more for his physical attributes than his intellectual qualities – the himbo is an amalgamation of stereotypes of all kinds, which nevertheless seek to deconstruct the many cliches that typically surround masculinity.

Gosling kitted out as Ken for the new Barbie film is indeed a sight to behold!

The first picture unveiled on social networks left no one indifferent. It shows the Canadian actor as we have never seen him before, with platinum blond hair and ripped muscles, bare-chested (tanned and oiled, of course), and wearing a sleeveless denim shirt with a hint of visible underwear printed with his own name.

A sort of walking stereotype, posing against the pillars of his candy pink villa.

He brings the himbo back to life, this handsome and slightly dumb guy who takes us back to the golden age of the bimbo, his female counterpart who was the darling of movies and television screens for several decades.

The Washington Post is said to have coined the term himbo in 1988, in a story on the Cannes Film Festival. Ryan Gosling plays Ken in the upcoming 'Barbie' film. Photo: Instagram/Warner Bros PicturesA few weeks later, the male counterpart of the much more widely known and mediatised bimbo was entitled to his own write-up in the same newspaper.

"Bimbo begone! Hollywood has blessed us with the Himbo," it reads.

A new archetype was born, albeit without making too many waves – the clichés surrounding masculinity being far too entrenched at the time to propel the concept to the forefront.

More than three decades later, the himbo may (finally) be taking his place in the sun, and helping to shatter male stereotypes – albeit with a new set of cliches.

What is a himbo?

Urban Dictionary defines a himbo as a dumb or naive man, whose looks belie an actually sweet, respectful and kind personality.

"Typically large, beefy, and relatively handsome, but friendly. Gentle giants, if you will," the description reads.

The online site gives Kronk from the animated movie The Emperor's New Groove as the perfect example of a himbo. Strong, tall and stupid, the character is also kind, respectful and innocent, unaware of what is going on around him.

In 1988, The Washington Post identified Arnie Becker, played by Corbin Bernsen in the series L.A. Law, as a potential himbo, just like Arnold Schwarzenegger.

Testosterone in overdrive, as the American newspaper points out.

But the himbo has evolved, as have the codes of masculinity, now revealing a more gentle character who's respectful of women, and kind, but still very naive, seductive, and not necessarily very smart.

Read more: Fur in fashion is bad, but fashion for fur babies is a welcome thing

What has changed compared to past decades is that the himbo does not play on his charms, he is authentic, he is himself – all spontaneity and... self-assurance.

A criterion that changes the game, revealing masculinity in a new light.

Nate Archibald, aka Chace Crawford from Gossip Girl, would be among the himbos, as well as Channing Tatum in Magic Mike, Fred Jones from the Scooby-Doo franchise, Joey Tribbiani, a character from Friends, played by Matt LeBlanc, and of course, our global megastar Ken, who is likely to shine in the Barbie feature film, scheduled for 2023 release.

It's a new take on masculinity that's certainly a bit cliched, but which can undoubtedly contribute to breaking down stereotypes that are a few millennia old. – AFP Relaxnews

Sexy lingerie makes post-pandemic comeback, but with a feminist dimension 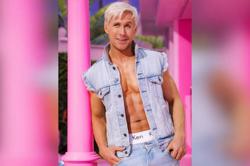 Citayam Fashion Week is not a real fashion week, but the hype is real
How to make your foundation smudge-proof with just a glass of water
The ‘coconut girl’ fashion trend returns once again this season
Upcoming Paris exhibition offers a stylish snapshot of France in the 1980s
Is the 'perfect body' a thing of the past? Self-acceptance now on the rise
Vanity Fare: Pamper your lips with the right products
Amy Winehouse's revealing two-pieces go on display at a bikini museum
Ariana Grande, Billie Eilish and Rihanna top the list of celebrity scents
Johnny Depp to return as face of Dior’s Sauvage cologne after winning suit
Malaysian menswear tailors forced to adapt, but suits will live on