With the release of her latest album 'Chromatica', Lady Gaga is back to her old fashion self – punk rock, avant-garde and alien, all in one.

Lady Gaga is known for her outlandish (almost alien-esque) red carpet outfits. Remember the raw beef dress at the 2010 MTV Video Music Awards? Or how she once wore a coat made out of Muppet Show character Kermit The Frog in 2009?

Then, she toned it down. Her style took on a more sombre feel as her fame rose to astronomical levels. In the A Star Is Born era of 2018, Lady Gaga seemed almost “normal” – appearing in fashionable (yet still a little avant-garde) gowns.

For last year’s Met Gala, she made an appearance in a massive hot pink Brandon Maxwell dress (which was later stripped down into four different outfits). Yes, it came with a cascading train and giant matching bow on her head, but it still bore a semblance to clothes.

She wore a sophisticated black Alexander McQueen design at the 2019 Oscars, paired with an Audrey Hepburn-inspired hairdo. She even accessorised the look with diamonds. Classic, chic and just demurely gorgeous.

With the release of her latest album Chromatica, Lady Gaga is back to her old fashion self. Some have described it as a blend of rocker edge and high fashion – but let’s call it as what it is: unconventional and peculiar.

That does not mean it’s not working though. It is striking a chord with her fans. The singer’s fashion sense is returning to what they have all known and loved. It perhaps symbolises how her style changes from performer to film star and back again.

According to Nicola Formichetti, Lady Gaga’s fashion director, this new look (seen in the album art and other associated materials) represents different parts of the star’s journey throughout her life – punk rock, avant-garde and alien, all in one.

“She’s bonded to this fashion. But this isn’t a bad thing. It’s both about where she started and how far she has come, ” Formichetti said in an interview with Vogue, regarding how Lady Gaga transforms into different characters.

It remains to be seen whether her Chromatica fashion journey will continue down this road. In the past, her weird and wonderful sense of dressing shielded her with a persona, now it has matured into a look that she is in full control of.

Her explosive hit with South Korean girl group Blackpink, Sour Candy (which topped the iTunes song chart around the world), does not have a music video yet, but it will be the one to watch out for.

K-pop fashion meets Lady Gaga aesthetic? Why ever not? 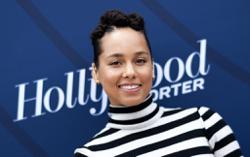