Confinement chic? All change for business wear during lockdown

According to clothing brands and marketing studies, comfort has trumped chic since offices closed and home-working became de rigueur to curb the global outbreak.

The suits, shirts and ties remain on their hangers. Skirts, blouses and high heels have been left in the closet. With office workers at home during Covid-19 lockdown, the dress code is noticeably more casual.

According to clothing brands and marketing studies, comfort has trumped chic since offices closed and home-working became de rigueur to curb the global outbreak. Even central bankers, normally seen in pin-stripes and tailored three-piece suits, have let themselves go.

Sam Wood, a member of the Bank of England's very serious monetary policy committee, said he had only worn a tie for a photo opportunity with the Times newspaper and an online parliamentary hearing. Even then, he teamed it up with jeans.

"Apparel consumption has quickly shifted in line with the new needs of home-bound consumers. Fashion is out, loungewear is in," economic research firm Bernstein noted.

In its first-quarter results released last week, British online clothing retail group Boohoo said chic tops to impress during video conferencing have been a hit – as have jogging bottoms.

The fashion trend research firm Lyst has also seen a surge in demand for "sweatshirts, sweatpants and shorts". US sportswear giant Nike was among the favoured brands.

High street chain stores though have seen sales slump because of the crisis and lockdown.

Next, for example, has had to close its stores and suspend online transactions while it adapted its warehouses to meet new social distancing guidelines.

As a result, its sales fell by 52 percent year-on-year, excluding promotions between the end of January and the end of April.

"People do not buy a new outfit to stay at home," Next chief executive Simon Wolfson said last month.

But in a depressed environment, with city centres resembling ghost-towns, the boom in home furnishings has brought a crumb of comfort to hard-pressed retailers. And marketing strategies are adapting to the spring 2020 wardrobe.

"Pyjamas and comfies have never seen so much marketing airtime before," said Bernstein.

Zalando is also trying new techniques to rehabilitate fashion victims by launching an Instagram campaign – #StyleDayFriday – now that everyone is dressing down.

Other brands are getting in on the vogue for cocooning. Zara's website is featuring top models at home, posing without makeup.

In the US, Procter & Gamble has reported a sharp increase in sales of laundry and household products and a slight decline in its beauty and shaving lines.

At a recent conference with analysts, the multinational's managers admitted a lower frequency of shaving when working from home was a problem.

But as Constance Jourdain, a consultant with the Nielsen research firm, explained: "What's the point of shaving for a teleconference?

"Why put on makeup every day when you can't go out anymore", except to queue outside a supermarket with a mask on your face?

An anxiety provoking climate equally doesn't appear conducive to wanting to look one's best. But it doesn't stop there.

Nielsen has noticed a sharp drop in sales over the last six weeks in France, in make-up products, hairdressing products, masks and creams as well as... deodorants.

But there are still small signs that people have not let themselves go completely.

British department stores Waitrose and John Lewis have recorded a jump in sales of hair dyes and hair care products since the start of the country's lockdown in March. It could be the roots of recovery. – AFP

5 fashion items to dress up your stay-at-home look 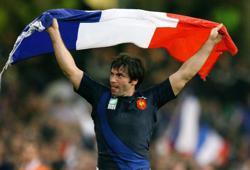