A wonderful lady, Sandrine Stern stands out in a crowd. She is as beautiful in real life as her pictures suggest, and the best part is that she is gracious and a lovely person to talk to and interview. She also emits an inner confidence and poise that is to be highly admired.

We had the opportunity to meet her at the Patek Philippe Watch Art Grand Exhibition in Singapore. The Head of Creations at Patek Philippe, Sandrine has already proved her mettle throughout the years she has been with the company. Married to Thierry Stern, President of Patek Philippe, she has poured her heart and soul into the company all these years.

When asked about the relationship between timepieces and rare handcrafts, she says that she thinks they are both complementary. “When you design a watch from the collection, sometimes you will have ideas also from the rare handcrafts. And it’s the same on the other side. You know, Patek Philippe is both of them.”

When asked what is the creation that she had a hand in and is most proud of, she replied, “It’s hard to say which one. I know all the work that goes behind all these watches, so telling you I prefer this or that would be like choosing between your children.”

She explains that there is so much work with so many challenges and the artists keep doing their utmost best, all year round. Sandrine is very involved in the creative aspect from the beginning until the end, from the research, from the first picture, the first drawing, until the watch is ready and in the window or showcase.

She says their designers do some research on their own but they also listen to her. “When I travel, when I see things... and they travel quite a lot also. And when Thierry comes back from maybe a trip or from a meeting with customers or retailers, he gives us some feedback too. And then of course, we take all this information... a big mix of this information, and we can start to work.”

So, the ideas and inspiration really come from everywhere, she shares. It also comes from the museum because they have this amazing museum of timepieces. They preserve and get ideas from their museum but also glean knowledge from other museums around the world and it may not always be a watch museum but one they can learn something from. 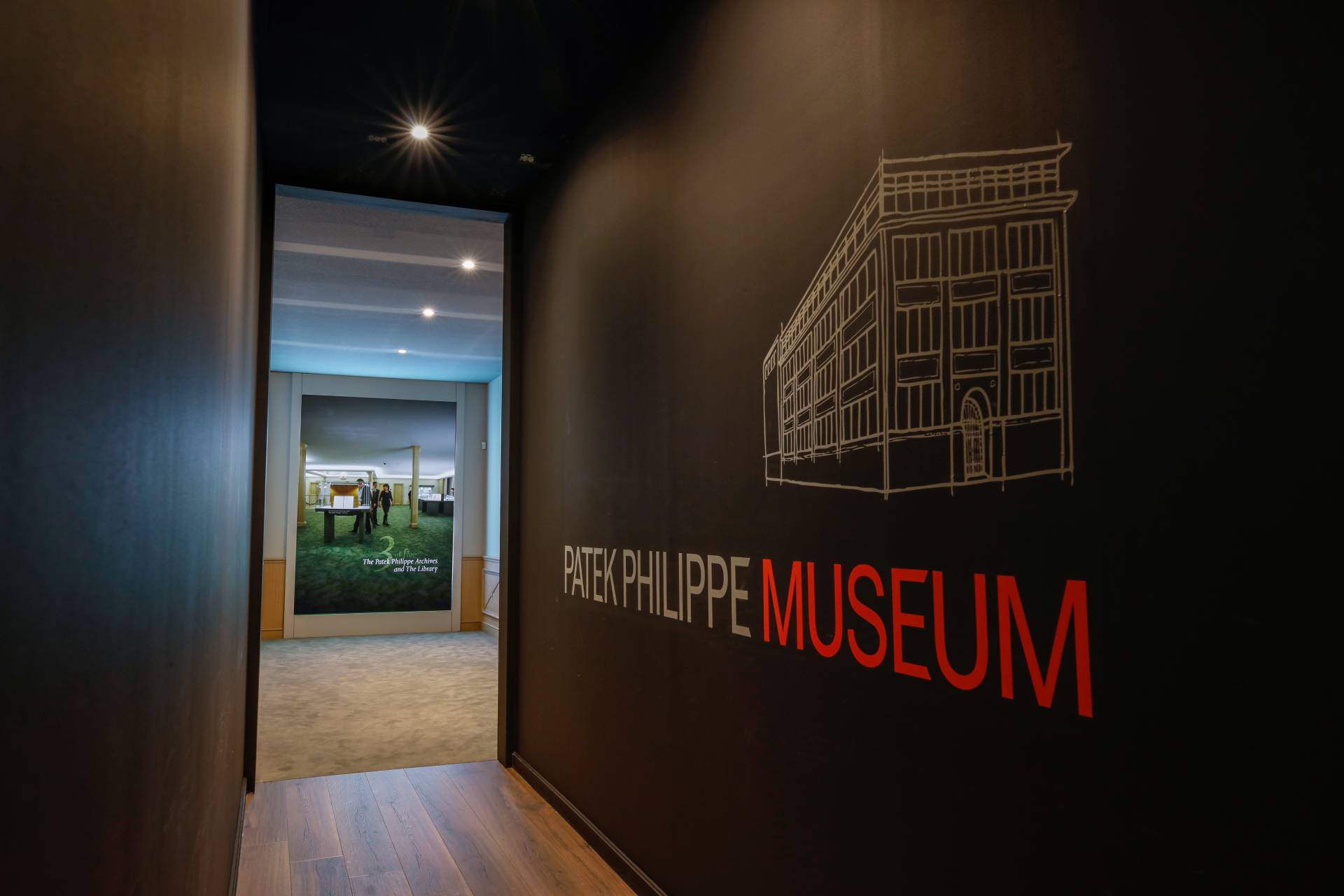 On her role, she feels the most important part is, “My main role is to coordinate everyone, to understand everyone, because you know, artists are very sensitive.” She believes in understanding their work and not saying, “I want it like this, ” and telling them they have no say in it.” She believes she really has to understand their “talk” and say, okay, if they cannot do it like this, then they can just discuss it together and maybe change some things to make it into a “Yes”, it can be done. She feels it is a lot like music... putting everything together. 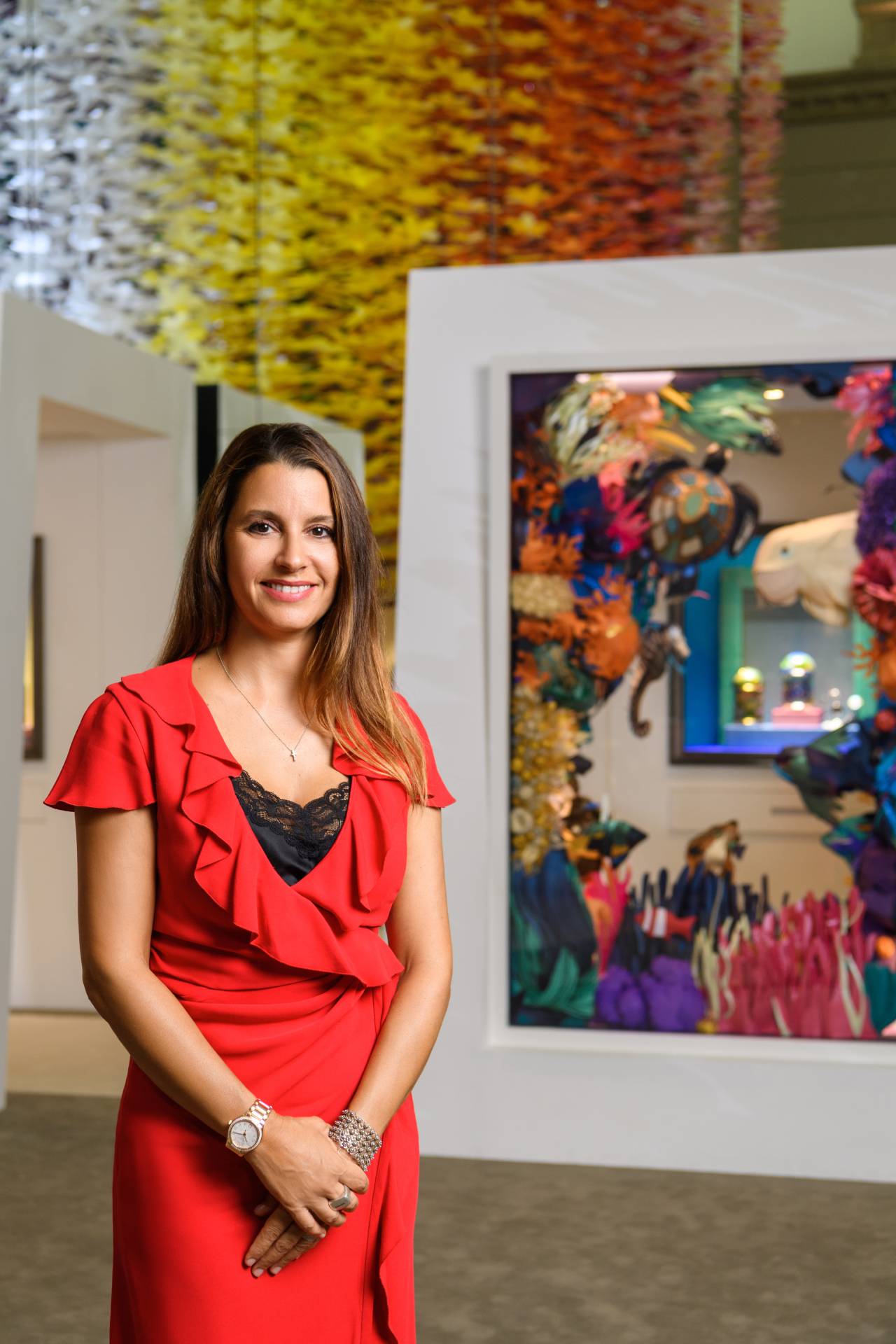 Sandrine SternWhen we asked what are the challenges of being the Head of Creation, she shared, “We have challenges every day because you have to meet, then mix people together. You have to understand people, we have to find new designs. It’s a big challenge every day. And as soon as you know that you will have an exhibition like this (referring to the magnificent Patek Philippe Watch Art Grand Exhibition), you have to develop the watches. We have no choice. And when you have no choice you have to do it... so you find the solution and as you can see, we didn’t do the easy watches. We did choose to have some challenge on each watch with marquetry, with enamelling, innovation, etc. It’s a big challenge.”

On the Patek Philippe exhibition in Singapore that happened recently, she said every room was fantastic in its own unique way. They had 10 themed rooms that were educational and exceptional.

On the Singapore and South-East Asia room, she said, “It’s a wonderful one, it’s something colourful with a lot of wondrous watches.” She feels they represent the country and place well.

She also shared that people like one-of-a-kind, artistic and rare watches because it really takes a long time to develop them and it costs a lot of money to do so. She explained that Patek Philippe are ready to do it and this is not the case with all brands or all people. It is like great restaurants and establishments. It’s a responsibility.

They are also committed to preserving the art of watchmaking and their museum is taken care of very carefully and with dedication. “Should you go to the museum you will see all these watches, so we have no choice, we have to continue. If you compare, no one, no brand has done the same as we have. And the longevity to do these kind of watches... we know the best, we know how to make them. We are always producing watches, we never stop.”

She adds, “This is not a marketing thing, to do it today and tomorrow. We can continue and we will continue for many, many years.”

When asked if she could give us a glimpse into what we can expect in the future in the next 10 years, she shared, “I think... we really hope we will have the same, you know, the same knowledge as today, that we will continue to give the chance to others to continue this kind of work.” She hopes that the legacy will continue so that this kind of horology exhibition can go to all over the world!

Sandrine also believes that they will always strive towards being more and more precise with their watches. Good after sales service is also important in her opinion. “It’s not flat, you know, the future is not that at all.” The majestic Napolean Room at the exhibition

She has been in the company for more than two decades. This time around, her son came with them, and she says, “Yes, it’s important for him, you know, to come here because it’s nice to see the exhibition and he has to understand also, the brand. For sure, no pressure, no pressure. Now he has to study and maybe in 10 or 15 or 20 years it will come (that he will want to join the business) because you have to think that he is very young.”

She explained that once you join, you have to stay on to the end. She has 25 years of working in the company and she says, “But it’s long, even if I like it. So imagine for young men or women to stay until they are 60 or 65 years old. It’s very much, very long. So he has to get some experience outside, particularly to meet people who don’t know him.” She feels that once he has the right experience, then maybe, he can make his choice. The same also goes for her other son.

Sandrine’s caring attitude showed when she also shared that they’re all touched by the younger generation. “I think you cannot go into your life without taking care of the young generation or taking the advice or so on from them, because I am getting on and I need also to know the feedback of the new generation.

She says that we do the things that we know today, but maybe something new is coming and we have to be open and listen to them. They don’t want to miss the train and for sure, they are listening to the young generation at Patek. Where they live and work, there are a lot of young people from engineers, watchmakers and others in relevant professions.

On managing time, she says she can manage her time the same as other women who work and have children. She says she doesn’t think she is exceptional. Like everyone else, she has to manage everything... the troubles, the happiness and so on.

She says, “So, for me, it’s okay. My work takes a lot of time but as soon as you like it, you know... it’s something natural. So, I’m not Wonder Woman.” That’s what she modestly says, but to many ladies out here, we can’t help but think that she is Wonder Woman in many ways.

She adds that with a lot of things, when you do it since you’re young, you know that it works in a certain way. And in the end you are not asking yourself, “Is it too much?” It’s not you’re doing it, because you have to do it. And during the weekends, she says she can take time out for herself and her family.

The exhibition in Singapore was really an amazing effort and she said she appreciates everyone who played a part in making it a success. She said that she was very touched by everyone who came, including the journalists.

It was a grand effort that required a lot from every single person and she says she really enjoyed the spirit of partnership that could be found at the exhibition.

She ended the interview by saying it was important for visitors to be sure that what they saw there was the reality, not something fake. If you go to Geneva to their museum or their manufacture, you will be able to see exactly the same horological wonders and the same people working with dedication on the watches.