Is it true that fashion runways are becoming more inclusive?

Models of diverse looks walk and dance on the runway for the Tommy Hilfiger runway show in September.

The world’s runways used to showcase a homogeneous picture of what designers preferred their customers to look like – young, of one skin colour and svelte.

Today, fashion shows have become more diverse than ever. While there is still room for improvement, it has to be said that the industry has come a long way in embracing differences.

Consumers themselves are now asking for more choices. Polished perfection and an unattainable beauty are now deemed out of touch with reality.

Even Victoria’s Secret, which has been receiving a backlash the past few years for not including more diversity in their shows, recently announced the cancellation of its annual televised fashion show, after years of declining viewership.

According to TheFashionSpot, Spring 2020 was the “most diverse season yet”. This statement was made based on the fashion weeks held in New York (although London, Paris and Milan showed an improvement too).

The website looked at all the different shows during the period and calculated the percentages of models in groupings of colour, size, age and more. The conclusion? Castings are now better at being progressive.

In New York, nearly half of the models in the shows were people of colour. It shows a marked improvement, compared to say, Spring 2015 where only about 20 percent were non-white.

It seems that curvy women are also making headway. The report said a record of 68 plus-size models walked a total of 19 shows this season in all four fashion weeks, which is more than 1.5 times as many compared to last season (Autumn/Winter 2019). Plus-size model Tess Holiday walking the Chromat Spring/Summer 2020 runway. The dress was emblazoned with the phrase “sample size”, a term that refers to the standardised proportions fashion designers use to make women’s clothing.

To top it off, 15 models age 50 and above appeared on 10 runways. Transgender and non-binary models experienced an increase in visibility throughout the period, as well.

But beyond numbers, it can be seen that designers are indeed trying their hardest to be more inclusive. Tommy Hilfiger, for example, celebrated inclusivity with his second collaborative collection with singer Zendaya.

His show in September had a roster of models spanning a multitude of age and skin colours. It included the heavyweights that made their names for being “different”.

Halima Aden, JoAni Johnson, Ashley Graham, Winnie Harlow and Alek Wek were all seen walking for the show. It sent a message that fashion comes in all forms and should be portrayed as such.

It is worth pointing out that Hilfiger also has a line of clothing for people with disabilities. In 2018, it featured several prominent figures in the community, such as autistic chef Jeremiah Josey and Chelsie Hill, a dancer who uses a wheelchair.

You could say the message was a long time coming. Yet these are the people who have championed the issue for years. Siriano for one, always made an effort to cast a diverse selection of models in his shows.

“People are people, we should all be celebrated in our own way, ” Siriano told The Hollywood Reporter at his Autumn/Winter 2017 show. “It’s very simple. It’s not that hard to do and I think that that’s what it was about.”

Kors is recognised for having always included women of different looks into his runway shows. This was way before the issue of diversity came into the spotlight of the industry.

Another such designer is Prabal Gurung. The man has always brought his personal beliefs to the forefront of his business, advocating for an intersectional approach to fashion.

Speaking to People two years ago, he pointed out that there is a need to create and provide fashion for everyone: “Our population is full of people of different shapes, sizes, ethnicities and religions.”

Yes, the standards of inclusivity and diversity within the industry is indeed slowly changing for the better. But this does not mean that the situation has reached an ideal balance.

It may be a contentious issue to some, especially those who don’t see the importance of an equal representation. For the others, this creates a more accepting environment. Fashion is not just fashion when framed from a broader viewpoint. 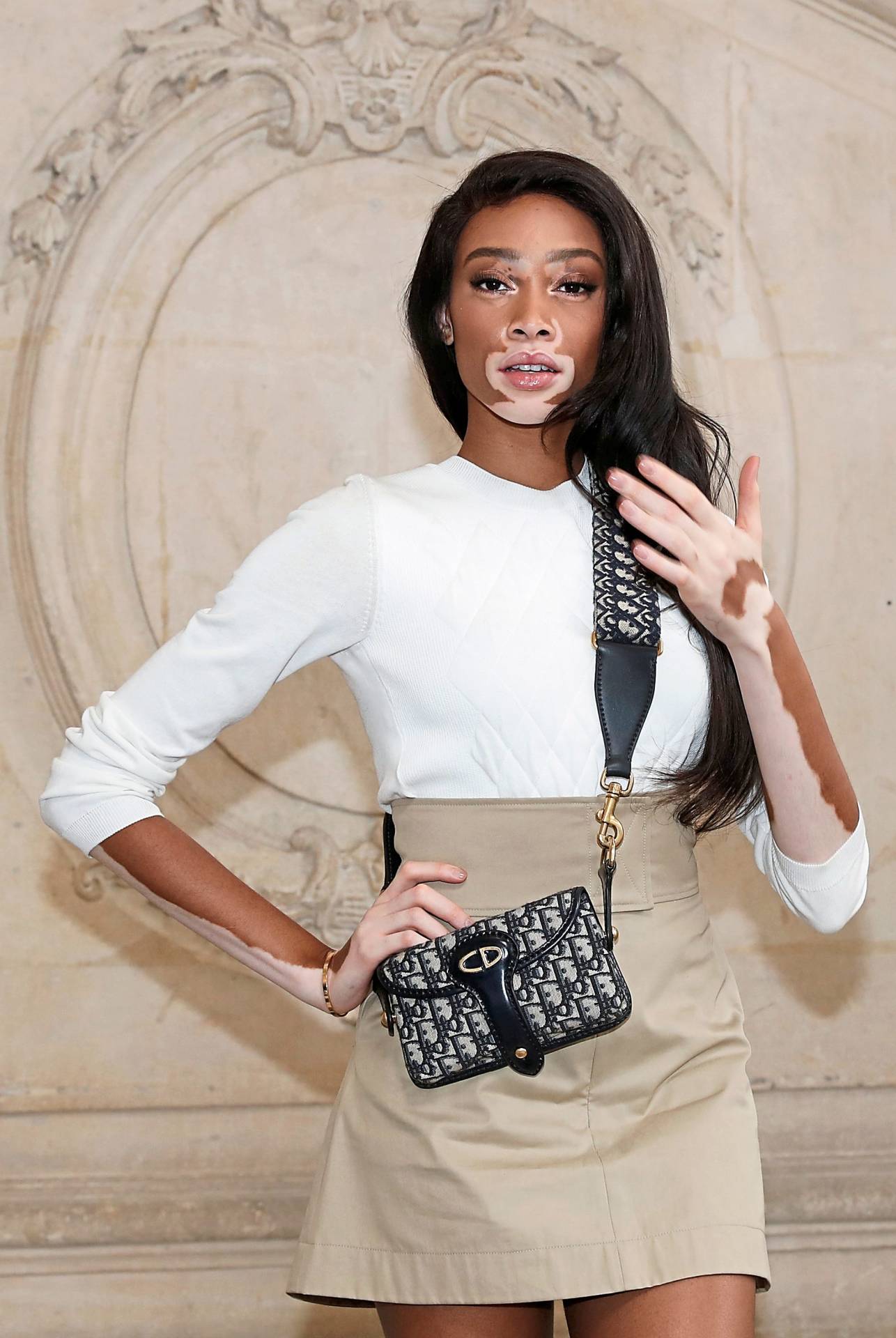 Winnie HarlowModels of different race, size and age are slowly coming to the fore of the fashion industry, but the names below are creating conversations – and paving the way for others to follow in their footsteps.

Halima Aden rose to fame for being the first woman to wear a hijab in the Miss Minnesota USA pageant. She was later signed to IMG models, and is now seen as the poster girl for contemporary modest fashion.

Defying conventions, JoAni Johnson’s modelling success only started when she was in her 60s. Now, at 67-years-old, she is more in-demand than ever. Johnson is well-recognised for her long, grey hair – something of which she is proud of.

Ashley Graham is one of the first curvy models to have gone mainstream. She hates the term plus-size, stating in her 2015 Ted Talk, “The fashion industry may persist to label me as ‘plus-size’, but I like to think of it as ‘my size’.”

Winnie Harlow was just four years old when she was diagnosed with vitiligo. After competing in Tyra Banks’ legendary America’s Next Top Model (2014), she became a household name in the fashion industry.

Hailed as “the first black model who didn’t conform to a Caucasian aesthetic”, Alek Wek is a force to be reckoned with. She has walked the runway for every major fashion house including Chanel, Givenchy, Saint Laurent and Gucci since her breakthrough in 1996.

Hopefully the fashion industry continues to be more inclusive and this doesn’t just become a trend of the moment.

Luxury watchmakers turn to innovative materials and amazing designs to stand out
The often-divisive ballet flat has the fashion world at its feet
As luxury watchmaking booms, Gen-Z buyers find time in second-hand timepieces
Why mushrooms are the new anti-ageing allies of your beauty routine
More chic than geek? How fashion is changing wearables to be more stylish
No pants, no problem? How Kendall Jenner started the 'no pants' fashion trend
Why it's time to ditch the straighteners and embrace 'bedhead hair'
Worried about hair loss? Maybe it would be better to quit sugary drinks
How fashion accessories are finding a new role in the age of social media
Emily Cooper versus Wednesday Addams: Who is the ultimate fashion icon?