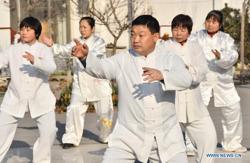 While the brand ambassador is popular actress Sandra Ma, Qeelin also recently announced its first ever male “Friend of the Brand”, Xiao Zhan aka Sean Xiao, currently the hottest star in China, to feature in the launch of the new Wulu Interchangeable Unisex bracelets.

Tradition with a twist, or classic with a dash of whimsy, might be the best way to describe the fine jewellery brand from China, Qeelin.

Founded in 2004, the brand opened its first boutique in no less than Place Vendome in Paris.

The name “Qeelin” itself is from qilin, which is an auspicious mythical creature in Chinese culture – “Qi” is the male animal and “lin”, the female. So it’s all about having balance and harmony.

The origin of Qeelin is tied to two ancient names – Marco Polo and Dunheng. This is in reference to Polo’s account of his journey in China.

Brand founder and creative director, Dennis Chan, visited the city of Dunhuang in China’s Gansu province in 1997. While on this trip, he found himself thinking of the city’s past as the meeting point of East and West on the Silk Road. It inspired him to create an international luxury brand drawing from China’s cultural heritage.

Qeelin’s pieces celebrate harmony and artistry, with designs that are based on cultural elements but with a modern update.

The signature piece is the Wulu, which interprets the mythical powers of the hulu, a Chinese gourd. A symbol of positivity and hope, the Wulu is traditionally associated with health and success. And of course the “8” shape invites wealth.

This collection has been updated throughout the years with interpretations of elegant simplicity, with or without diamonds, and with more dazzling arrays of coloured gemstones.

Other collections include Yu Yi, named after the “Ruyi” lock, meaning good fortune, and the Xi Xi Lions collection, which celebrates the Chinese Lion Dance ceremony.

The Bo Bo collection consists of adorable bejewelled pandas with moveable heads and limbs. Finally there is the the Qin Qin goldfish collection which has micro magnets in the fishes’ mouth, where it locks as if in a kiss with its partner.

For its 15th anniversary celebration this year, the brand came out with a Wulu collection in ruby, consisting of a necklace and earrings.

While the brand ambassador is popular actress Sandra Ma, Qeelin also recently announced its first ever male “Friend of the Brand”, Xiao Zhan aka Sean Xiao, currently the hottest star in China, to feature in the launch of the new Wulu Interchangeable Unisex bracelets. 2021 fashion trends to mirror those of last year, says Malaysian style insiders
Are shampoo bars and hair soap a more sustainable approach to haircare?
No traffic jams and no front rows, as Milan Fashion Week goes fully digital
The Queen expresses pride in wearing baju kurung every day
Local designers who are dressing Malaysians beautifully in baju kurung
4 easy beauty resolutions you can follow for all of 2021
Dutch designer under fire for wanting ‘to see Malays dress beautiful again’
Do you know Coco Chanel? These books will introduce you to her timeless style
Strutting into 2021, what can you expect from fashion trends? Premium
Mastering office makeup in the age of face masks and Zoom