Russian model Irina Shayk is the new face of Jean Paul Gaultier's "Scandal" fragrance, embodying a woman who is free, powerful and super sexy. A first video – just a few seconds long – shows her playing a dauntless muse, turning heads as she goes.

For a few hours, Irina Shayk has been teasing videos and photos on her Instagram page, mentioning the name of Jean Paul Gaultier and the words "Be Scandal." The posts leave little room for doubt that the model has been enrolled as an ambassador to front the French fashion designer's audacious scent.

The news has, in fact, been confirmed on the website of the Jean Paul Gaultier fashion house, which features a first video and several photos from the brand's new campaign starring the world-renowned model. The campaign is dedicated entirely to the new "Scandal A Paris" eau de toilette.

These first black-and-white images – also featuring Rossy De Palma and Jean Paul Gaultier – show Irina Shayk striding into a fancy restaurant dressed only in a sexy blazer, revealing her bra underneath and showing off her sky-high legs. Diners' faces express surprise and shock, as the model's entrance grabs everyone's attention.

"Scandal A Paris" – the latest addition to Jean Paul Gaultier's now famous "Scandal" fragrance line – is a scent with notes that are fresh, light and a touch gourmand, such as pear, jasmine and honey. – AFP Relaxnews 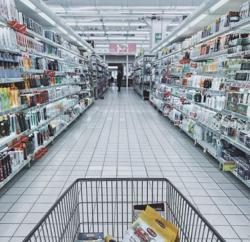 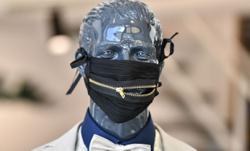 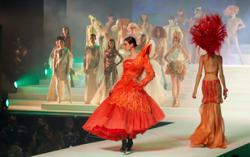 Fashion in pictures: The most immersive runway shows ever held