Karl Lagerfeld showed the world that fashion runways can be interpreted in any way possible.

For Karl Lagerfeld, nothing was ever too much. His creative genius saw potential in even the most mundane of everyday life's activities.

A runway in the form of a supermarket or an airport terminal? Models walking in the sand by the sea indoors? Nothing extraordinary at all – at least not in the man's mind.

Every fashion season sees Lagerfeld creating a bigger, more ambitious show to meet the standards of his unique vision. And we're grateful for that.

Take a look at five of the most memorable Chanel runways.

Fake Fur, Not A Fake Iceberg Though 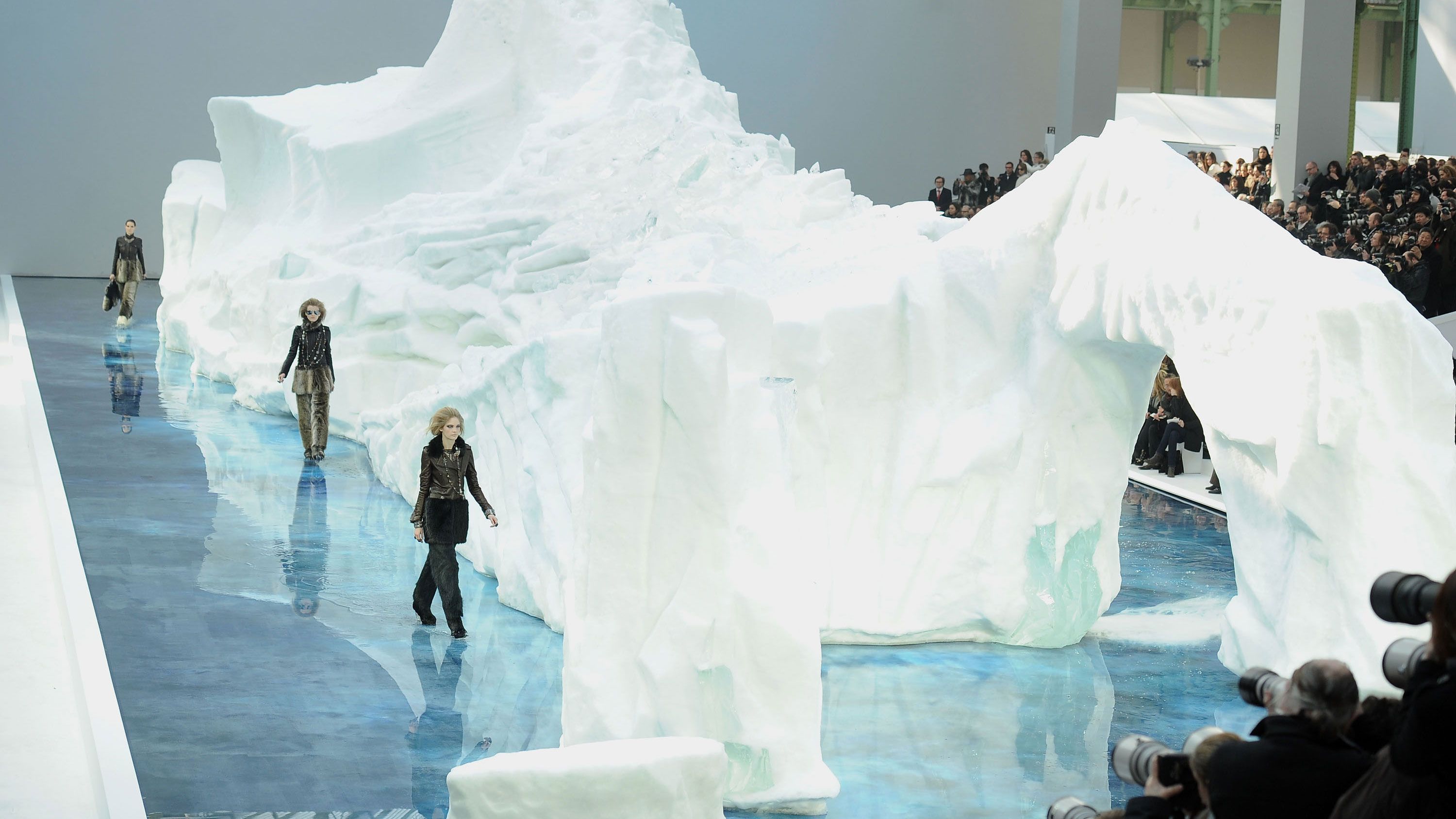 Lagerfeld placed a real iceberg in the middle of his Autumn/Winter 2010 runway in Paris. The 265-tonne chunk of ice was imported and brought in all the way from Sweden. He was apparently inspired by the country's Icehotel, a popular temporary shelter north of the arctic circle. As it is, the models were appropriately clad. They walked the show in fake fur trousers and yeti boots. 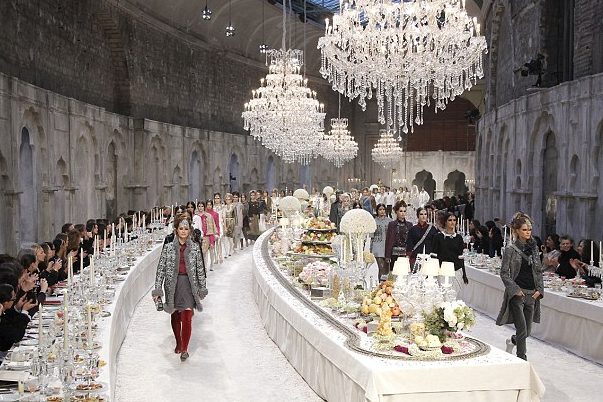 With a theme focusing on decadence, Lagerfeld invited his guests to a feast for the 2011 Metiers D'Art show. Set in the Grand Palais of Paris, models walked a circular runway bordered by two lavishly set long banquets piled high with fruits, sweet meats, flowers and drinks. There was even a small steam train, complete with crystal decanters going round the tables.

Everything's A Runway If You're Fashionable Enough 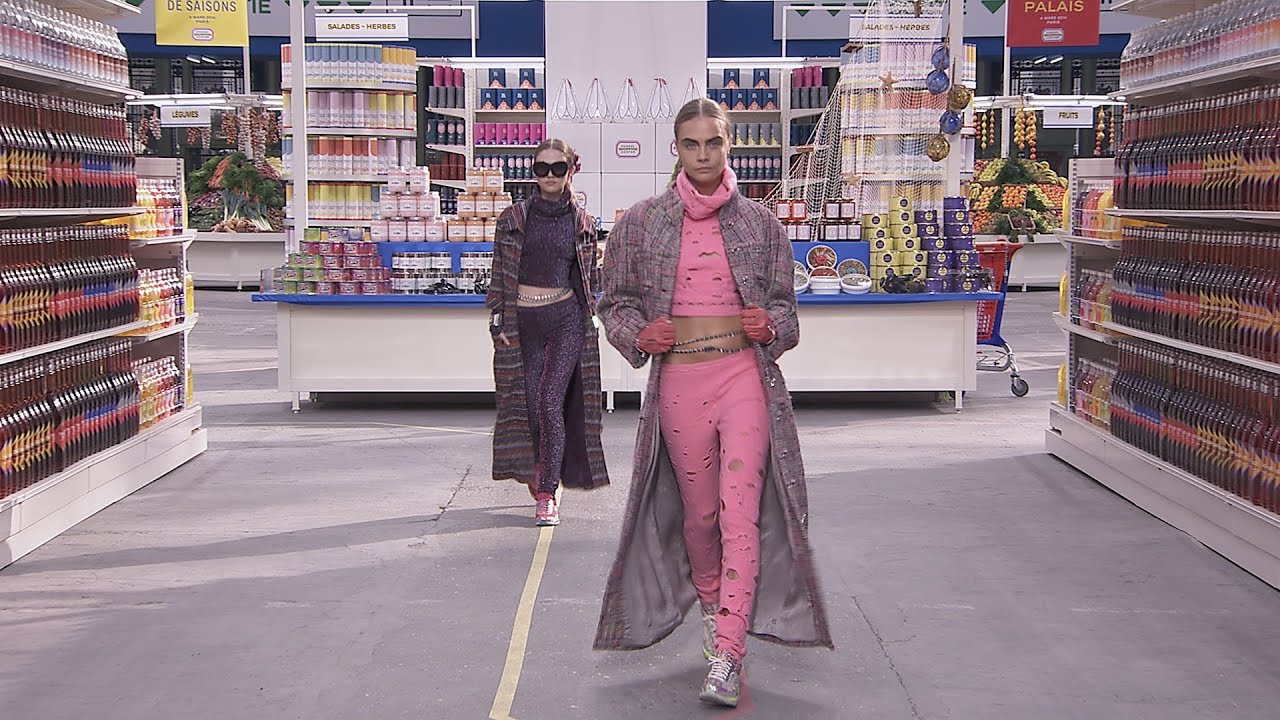 For Autumn/Winter 2014, Lagerfeld transformed his runway into one giant supermarket. But don't turn up your noses at the concept. It wasn't any ordinary, run-of-the-mill supermarket, but a luxurious one – filled with Chanel-branded food, like loafs of bread, eggs, detergent and more. The models didn't just sashay through the aisles too, they actually shopped, filling grocery baskets with products.

'Travelling In Style' Given A Whole New Meaning 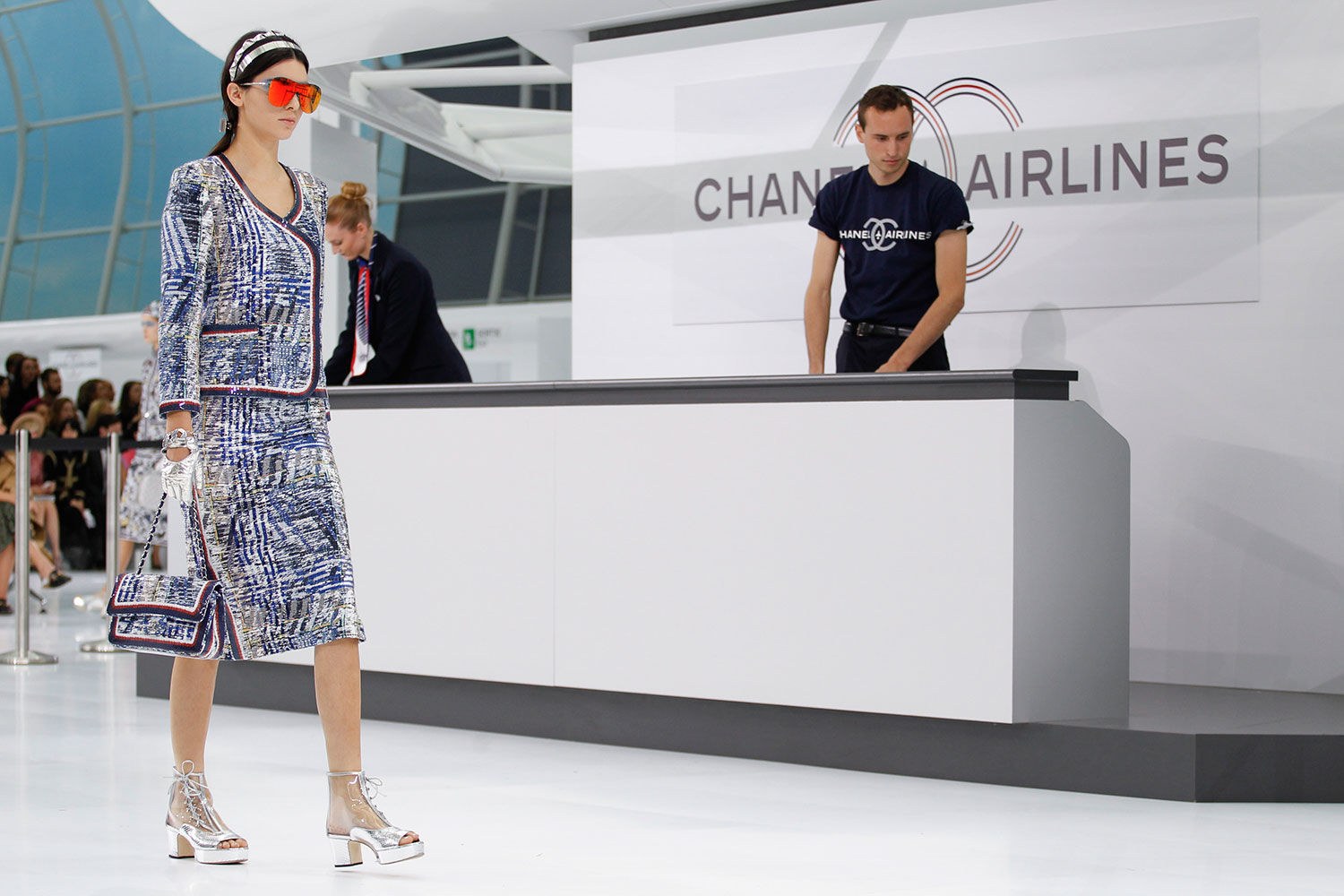 Lagerfeld succeeded in making the airport terminal a fashionable place to hang out for Spring 2016. Important details like retro airline ticket invites, a ticketing booth, baggage handlers, fashionable quilted luggage and more were not forgotten. Lagerfeld even designed his version of "airport sweats" (which was ironic, given his thoughts on sweatpants), which included loose silk pieces with bright patterns.

Life's No Beach When It's On A Runway 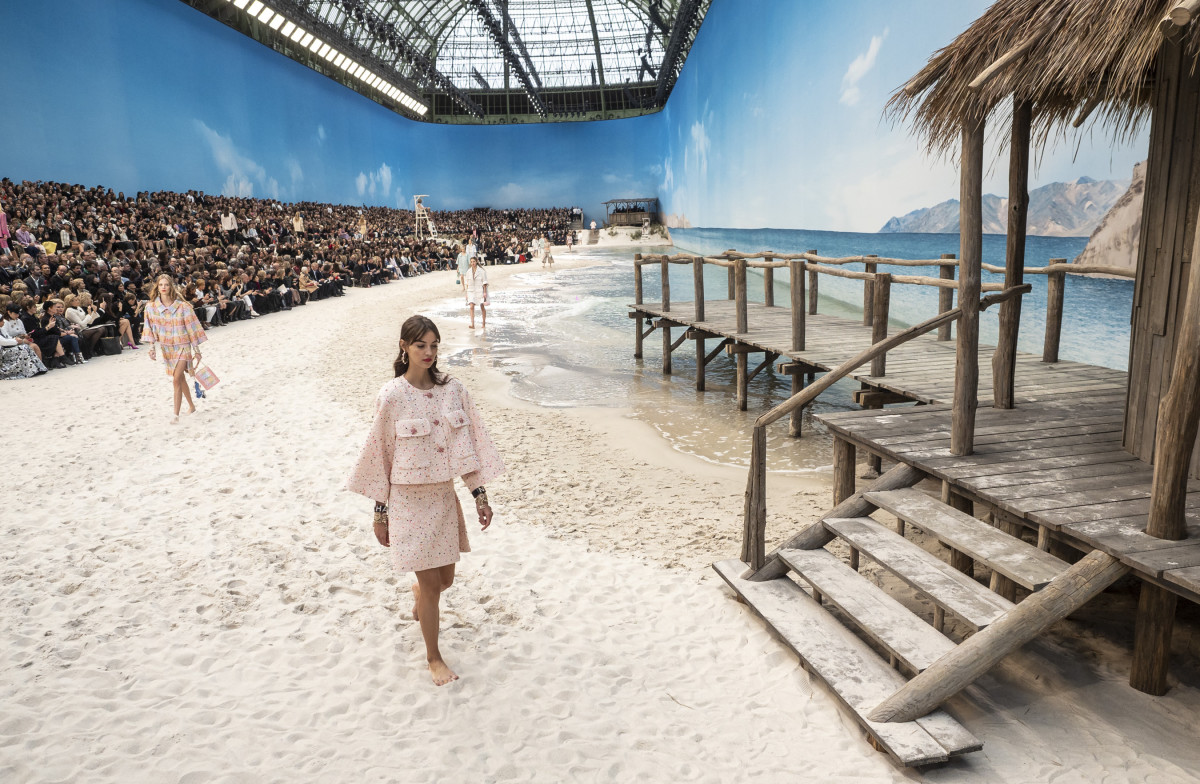 A more recent show saw Lagerfeld turning his runway into a sandy and serene beach getaway complete with its own ocean and on-duty lifeguard. Of course, models walked barefoot, carrying their shoes in hand for the Spring 2019 season.  Water was even sloshing around at the indoor sea front, adding a whole feel of authenticity – and work for those having to clean up after...