The interior reflects elegance and sophistication, hallmarks of the Cartier brand. Photos: The Star/Faihan Ghani

Icons. That is the word Cartier uses when referring to its celebrated watches or jewellery. And indeed, the luxury maison has created some defining pieces that are altogether hard to forget.

From the Panthere De Cartier, Ballon Bleu and Tank timepieces to the Love and Juste Un Clou bracelets, among many others, these are the designs that have stood the test of time.

But the question remains: is the brand appealing to millennials and how does it evolve to meet the needs of an ever-changing retail market? Well, relevance is apparently the answer.

According to international marketing and communications director Arnaud Carrez, Cartier is constantly working to engage the younger generation. The fact that its products are timeless helps though.

“If you look at the Tank watch, dating from 1917, and put it beside a new Tank, both of them will look compatible. While dating 100 years, the original design still looks contemporary,” he says.

Carrez is simply pointing out an aspect of Cartier that makes it strong. He says that the brand seems to have adapted well, and is not at all perceived as static or dusty.

“On the contrary, we are a very free-spirited and forward-moving maison. Freedom has always been a motto of Cartier. We have to adapt and we are adapting ourselves,” he states.

Carrez comments: “We are in the luxury business, but we are not disconnected from the world. We are very well connected and totally in tune with the evolving attitudes of our consumers.”

This year itself sees Cartier reintroducing some of its iconic designs – but with a greater push for them to be perceived as cool, fresh and hip. This involves the use of platforms such as social media to get their message across.

“We just launched the thinner Love bracelet and we had a big campaign around it. I see it as a very targeted, 100% digital campaign with some really interesting creative content,” Carrez notes.

“From what we are seeing, Juste Un Clou is a big story now. If you look at what we are developing, we have a very modern, contemporary tone of voice. Because we cannot communicate as we used to before.”

Designed in the 1970s, the first Juste Un Clou bracelet reflected a wild, freewheeling era. To cement the newest additions to its emblematic line, Cartier recently threw a party at the 2017 Salone Del Mobile in Milan.

“We transformed a traditional garage in the centre of the city into an amazing installation for that. Juste Un Clou was the start. Next up will be the relaunch of the Panthere De Cartier,” Carrez reveals.

The Panthere De Cartier watch collection was initially introduced in 1983, and was in production all the way through the early 2000s when it was discontinued. Cartier is now reinstating it in two sizes, and nine metals or finishes.

Panthere De Cartier is a classic representation of Cartier. The line which was discontinued in the early 2000s, is now resurrected as a full collection.

The relaunch of the iconic watch will apparently be done in a way that is unlike any other watch event. This is because Cartier is not treating it as a watch, but a fashion accessory instead.

As Carrez puts it: “Watch launches can be quite boring. This one will be totally different. We see it as a piece of jewellery and the celebration of its reintroduction will include a lot of lifestyle parties.”

American screenwriter, director and producer Sofia Coppola has even filmed a movie to mark this relaunch. Set in Los Angeles, it stars Courtney Eaton and singer Donna Summer’s daughters, Brooklyn and Amanda Sudano.

Carrez himself was in Kuala Lumpur recently to visit the Cartier boutique at Pavilion Kuala Lumpur. The retail space has added a new duplex level, which has different rooms for separate themed areas and added services.

Carrez thinks that Cartier’s products go through decades and centuries without getting old.

It is now said to be more spacious, elegant and sophisticated than ever. The boutique also includes a lot of symbols, codes and iconography which are really true to the Cartier name.

“We like them to discover Cartier boutiques like an apartment. So they don’t see everything from the start. They can discover different areas, different rooms,” states Carrez. 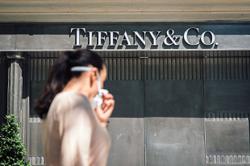 Rolex shuts all plants and prepares for worst year ever 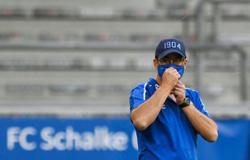 Love on the rocks as Wagner on the brink at Schalke