This Malaysian designer draws from Kelantanese heritage for his designs

All fashion collections have a story to tell. Tengku Mohamed Syahmi Tengku Mahmood’s recent one for Hari Raya, celebrates his childhood – a period fondly remembered for the time spent in Kota Baru, Kelantan each Aidilfitri.

The 26-year-old Kuala Lumpur-born designer, whose fashion label is called Tsyahmi, points out that both his parents are from Kelantan, and that he identifies with the culture. His Jalamas Eid 2016 collection was thus a way to share what he holds dear to his heart with everyone else.

“The idea to incorporate gold embroidery into each design for instance, came from the Kelantanese version of tekat. The Malay art form involves stitching gilt threads onto a base material,” explains Tengku Syahmi.

He notes that the designs also include the “pohon beringin” motif, which is used in wayang kulit to symbolise the universe. The “bunga mas” motif however, has a more historical context. It signifies the relationship between Kelantan and Siam in the 18th and 19th century.

“We actually spent two weeks in Kelantan researching. From experiencing the process of making wayang kulit and wau, to visiting the palaces and trying out local food, it was a way of providing my team with the Kelantan experience.”

When asked, Tengku Syahmi says the collection is not just about his “kampung” state. While drawing from the culture, he nevertheless, wanted to keep it modern. This can be seen in the cut, fabric and tailoring.

The aesthetic itself aims to reinforce the importance of having something timeless as a wardrobe staple. The colour palette remains classic. A lighter fabric was chosen to ensure the comfort of the pieces.

“Making each design as versatile as possible, so that the pieces can be worn as separates and worn beyond the Raya season – that has always been my intention when it comes to creating any of Tsyahmi’s collections,” states Tengku Syahmi.

He admits though, that it could easily go wrong: “To alter something familiar like Raya wear – no matter how subtle the change may be – is not simple. Not everyone can appreciate or accept such designs.”

Since 2013, Tsyahmi has evolved from merely producing ready-to-wear, and now offers bespoke for men and women, as well as bridal wear.

The label has also made its way to neighbouring countries. His Hari Raya festive collection is being sold outside of Malaysia. It was created not only for the local market, but countries like Singapore and Brunei as well.

According to Tengku Syahmi, the label will always stand for individuality. All of the clothes produced aim to bring about sophistication in the simplest form. That, plus creating designs that last.

“As a designer, I have this mind-set that I’m a problem solver. I love fashion design, and making clothes is just one of my mediums for expressing what women and men should be wearing now and the future,” adds the Raffles Kuala Lumpur alumnus.

It is interesting to note that all of Tengku Syahmi’s designs have an element of culture – or rather, an identity of his roots – in them. Just consider his Betta 2015/16 Ready-To-Wear collection, which made its debut at the Kuala Lumpur Fashion Week last year.

“The idea behind that? Siamese fighting fish. With their vibrant colours and long, flowing fins, I felt drawn to them. Reading up on them, I further found out that they are native to South-East Asian countries,” he states.

To him, drawing from heritage is something natural. He feels that having grown up in Malaysia and being exposed to so many different cultures has only made it easier for him to source for fashion inspirations from life itself.

Tengku Syahmi says: “Thankfully, my Hari Raya collection has been well received. I guess people like the designs because they are different from the finds of the season. I don’t do the usual printed kurung and silk stuff.”

This Malaysian designer draws from Kelantanese heritage for his designs 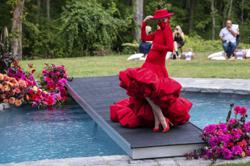 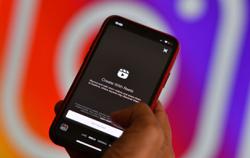