Women are carving a path in F&B 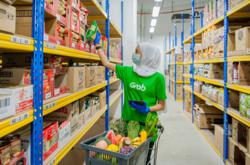 International Women's Day is a global day to celebrate women’s achievements and it takes place on March 8 each year.

This year, Star Media Group is marking the whole month of March as "International Women's Month".

Star2.com will be paying tribute to women through our WOW-Women Do Wonders campaign and we want you to join us by sending in stories and pictures of the women in your lives.

A handful of women have been making big waves on the F&B scene, whether it is by smashing the glass ceiling and raising the bar, or inspiring a generation of people to get into the kitchen at home. Here are three of them.

Driven by passion – it’s such a cliche. But there’s truth at the heart of many a cliche, and passion is a raison d’etre when you’re in the bar business – slinging drinks by night and dreaming up new creations by day.

Even more so when you’re Angel Ng – co-founder and head bartender of one of KL’s most exciting hidden bars, she is determinedly pushing the envelope for female bartenders, even as she champions the flavours and ingredients of the South-East Asian region.

PS150 is her lab and playground, tucked away in Petaling Street and steeped in atmosphere, history and moody charm. Its menu is a map of cocktail history, divided into five eras of cocktails – from the stronger Vintage (pre-Prohibition) drinks to post-war Tiki cocktails, laced with an island spirit.

This thoughtfulness is characteristic of Ng, who constantly pushes for greater awareness in and of the bar industry, and for the open sharing of knowledge and ideas. In the same way, she often creates platforms for discussion on equal opportunities.

Gender stereotypes aren’t for her. “There are men who have done amazing work in the hair styling, bakery and fashion arenas, I don’t see why women can’t do well at the bar, in engineering or construction,” said Ng.

“This isn’t about trying to create opportunities just for women, it’s about realising that there is space for all. It’s about equality.”

Born in Seremban, Ng moved to Singapore with her family when she was just six months old. She tended bar throughout her college years, where a budding passion for wine and spirits was awakened. Ng worked at several bars, moving from junior to senior to bar captain – all before graduating college.

Post-graduation however, Ng worked in the corporate world for five years. It took a toll, and she was hospitalised for exhaustion.

In 2011, she decided to take a complete break from that life, and came back to Malaysia. Living in Chinatown, she met a group of travellers and embarked on a year-and-a-half-long journey with them around the country.

“I stayed in Kampung Pertak in Selangor, where I learned to live like the orang asli, I spent a couple of months on Perhentian island. It taught me what life was all about, and that I wanted to work to live, not to live to work,” she said. “Malaysia had opened my mind and my heart on a whole new level.”

She worked at the now-defunct Circus in Pavilion, where she rediscovered her love of bar-tending. “That was the best team I ever had, we were a family – and you never let your family down. That’s the secret to running anything, to have a great team.”

She also went on to work at Hit and Mrs (now-defunct) in Bangsar, before deciding to strike out on her own.

The respect of her peers is a given. Ng has won big in many competitions like the Mount Gay Rum Storied Cocktail Competition in 2014, and the inaugural Gin Jubilee last year.

With female bartenders still a minority, there is obviously sexism to be encountered in the industry – especially when it comes to promotions. But, Ng says, there is also a sort of reverse sexism in play.

“Female bartenders are often pushed towards the limelight, because sometimes owners think that will attract customers,” says Ng. “But that’s not true – it doesn’t matter if you’re a man or a woman, a great bartender will be able to not only make good drinks but interact well with the customers.”

“I think if you’re really serious in the craft, your peers will sense that and be supportive,” she said. “And at the end of the day, it’s about the customers, making them happy.”

Nonetheless, her message to all, regardless of gender is: it’s tough, but persevere, because it’s worth it.

Chef and owner of Bistro a Table, Anson and Antara

Industry estimates indicate that the gender breakdown in local professional kitchens is somewhere in the region of 80% male and 20% female, and as many as 80% of local female chefs eventually quit the industry.

This makes Isadora Chai an anomaly and also – very special. In the local F&B scene, Chai is something of an unstoppable juggernaut. She is one of very few Malaysian female chefs who owns and runs three restaurants in the competitive Klang Valley dining landscape: Bistro a Table, Anson and Antara.

Chai actually graduated with a degree in biotechnology, biochemistry and marketing, before turning her passion for food into a career. She has worked in the kitchens of L’ Etoile Restaurant in Sydney, Australia and La Fontaine aux Perles in Rennes, France.

She started out as a private chef, food stylist and cookbook editor for Her World magazine, before opening Bistro a Table, a modern French restaurant in suburban Petaling Jaya in 2010.

In 2012, CNNGo.com ranked it one of the best restaurants in Kuala Lumpur. In 2013, she amassed another career high when Bistro a Table was named the third best restaurant in Malaysia by Miele Guide (incidentally Chai is now a Miele ambassador).

Chai also found her way to television screens as a celebrity judge on the South-East Asian edition of Food Wars. In 2016, she opened two new restaurants, Antara and Anson in the Kuala Lumpur city centre – both aimed at redefining Malaysian cuisine. Antara has already received a four-star rating in Malaysia Tatler’s 2017 edition of best restaurants.

This year – on top of everything she already has on her plate – Chai is also in the midst of completing a cookbook (scheduled for publication in October 2017), called Edible Satire, which chronicles degustation menus from Bistro a Table.

Chai attributes much of her success to having worked hard to gain the trust and respect of her predominantly male colleagues and superiors.

“If I acted more feminine 10 years ago, I don’t think I would be so respected in the industry. I had to be tough to prove my worth and work harder to compensate for not being as physically strong. Having said that, I do adopt a more motherly approach as I get higher up the ranks,” she says.

Nearly 22 years ago, Amy Beh’s first recipe column "At Home" started running in The Star. Beh’s endearing, easy-to-follow recipes engendered a huge following and it is safe to say she inspired a generation of people to pick up simple Malaysian dishes and cook them at home.

Over 20 years later, her influence hasn’t wavered. She continues to churn out trusty recipes for her avid followers through her popular fortnightly Cook’s Nook column in Star2.

Interestingly, Beh is an ex-teacher who was always helping her late mother and grandmother in the kitchen and eagerly sharing recipes with family and friends. In 1995, at the cajoling of her daughter, she approached The Star, offering to write recipes.

She quickly established herself as something of a domestic goddess with both her recipe column as well as another column called Culinary Conundrums, which helped readers iron out problems they faced in the kitchen.

Beh’s stellar reputation and experience in the kitchen has also led to her developing recipes and leading cooking shows and workshops, in collaboration with brands like Chek Hup, Philips and Khind.

She is also a panellist judge for Culinaire Malaysia and Penang’s Battle of the Chefs and the illustrious Hospitality Asia Platinum Awards.

Despite her many successes, Beh says she finds most satisfaction when she meets people who have benefited from her recipes, citing an example of a divorcee who used her Kampar chicken biscuit recipe to eke out a living.

These days, although Beh can afford to take a step back and relax, she continues to share her recipes in The Star.

“The passion is still there – I like to share my recipes, not keep them to myself. I feel so good when people learn how to cook through my recipes,” she says.

Women are carving a path in F&B 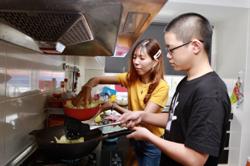