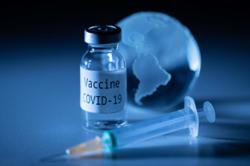 Star2.com's web series FCX (Features Central Exclusive) presents Pals For Pay, the new game show where friends get to share how much they know about each other – and for each correct match, our pals win RM1! In this episode, Jason Godfrey and Aishah Sinclair find out if they’ve learned anything at all about each other as co-hosts of the LITV series Inspiring Homes.

Jason Godfrey is a Hong Kong-based model and actor. His modelling career took off in the early 2000s, and since then he’s walked the runway for Gucci, Yves Saint Laurent and Diesel. He’s been featured in magazines like Esquire, Harper’s Bazaar and Men’s Health, and he’s presented a bunch of TV shows including E! News Asia, Asia’s Next Top Model, Jason Down Under, and Savour Australia on Life Inspired.

Malaysian presenter Aishah Sinclair’s career took off when she was 18. She’s hosted TV shows like 8tv Quickie, So You Think You Can Dance Malaysia, and The Breakfast Show on ntv7. She names her report on the Gaza Strip for TBS, nominated for Best Documentary at the 2013 MPI-Petronas Journalism Awards, as a career highlight.

Aishah is a founder and on the Board of Trustees of Yayasan Anak Warisan Alam, an NGO that educates youths on conservation and the environment. She’s also VP of the urban gardening community Free Tree Society.

Inspiring Homes is a Life Inspired TV series starring Jason and Aishah as they discover the muse behind the design of six dream residencies in the Klang Valley, Malaysia. The two-episode show follows them on an extensive tour of these diversely unique properties, from a high-density condominium in Sentul to a lakeside villa in Setia Eco Park.

This includes a look into the three-storey home of fashion designer Rizalman and a visit to M Moser’s global design director Ramesh Subramaniam’s apartment. All the featured home-owners also offer décor tips and property advice. Check out the trailer for Inspiring Homes here and watch a full clip from the series here. 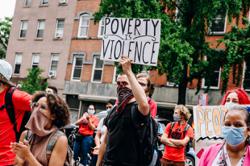