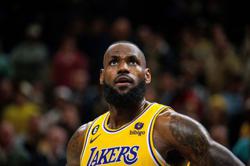 In California, countless homeless people live in the canal of the Tijuana river in the border area between the US and Mexico. Photos: Maren Hennemuth/dpa

At the start of the Covid-19 pandemic in March 2020, more than a dozen families that were homeless or at risk of losing housing seized vacant, publicly owned homes in the El Sereno neighbourhood, an action they said was driven by the astronomical costs of living in Los Angeles, the United States, and the need to shelter from the virus.

Some have remained, taking advantage of a deal that allowed them to stay legally in single-family bungalows owned by the state. Families have planted gardens outside the homes and sent their children to neighbourhood schools.

But now, nearly three years later, their leases are expiring, and they aren’t allowed to renew them. A stand-off is emerging between public officials eager for the families to move out and some families that don’t want to.

“For right now, I’m planning to stay,” said Martha Escudero, 44, a mother of two who was one of the first to take over a house in the neighbourhood. “I don’t see any other option.”

It’s the latest dispute in a long struggle over the homes that started in the 1960s, when the California Department of Transportation (Caltrans) began purchasing hundreds of properties in El Sereno and neighbouring communities to prepare for an expansion of the 710 Freeway. After decades of fighting, Caltrans abandoned the freeway plans in 2018.

All the while, the Caltrans-owned homes festered under the cloud of potential demolition. Some had been left vacant and rotting, with faulty wiring and leaky roofs. Homelessness is on the rise in California's astronomically expensive cities, from Los Angeles to San Francisco. Robin Silver has been living in Berkeley's tent city for a year and a half. Photo: Barbara Munker/dpa

But with persistently high homelessness, overcrowding and ceaseless rising rents in the LA area, the families and activists who support them decided to make a statement: There should be no vacant, publicly owned homes during a housing crisis.

In a series of coordinated actions in March 2020, they seized 13 of the homes. Among those who took over properties: a family of five that had been crowding into a 350sq ft apartment in Westlake, a welder near retirement age who had been living in his van, and Escudero and her daughters, who had been couch-surfing in Boyle Heights.

Caltrans had contended that the homes were unsafe and uninhabitable. But the agency agreed to make repairs and lease more than two dozen of them to the Housing Authority of the City of Los Angeles so they could be used as temporary housing. Families that had seized homes could stay while they looked for permanent places to live.

Eight families signed leases for the homes in the fall of 2020, agreeing to work with the agencies to find new housing and leave the properties after two years.

The circumstances inspired others to seek the same accommodations. The night before Thanksgiving in 2020, another set of activists attempted to take over more state-owned, vacant homes in El Sereno, using bolt cutters to break into the properties. Police pulled them out the same night in a confrontation that led to 62 arrests.

Many El Sereno residents have remained wary of the constant activity in the neighbourhood and have urged the state and the city of Los Angeles to move forward with plans to redevelop the properties into long-term affordable housing, parks and other amenities. Some of the many homeless people living in California, in the border area between the US and Mexico.

The two-year leases signed by the eight families are now ending. Two have left the homes and moved into permanent housing elsewhere, according to Tina Booth, director of asset management with the Housing Authority. But half a dozen remain.

Booth said the terms of the leases with both Caltrans and the families were clear from the beginning, and the two-year limit cannot be extended.

“These homes were never intended to be a permanent housing solution,” Booth said. “We don’t have the legal right to convert them into something that they’re not.”

The families, she said, have been offered alternative places to live throughout the last two years and have received supportive services.

“We recognise that people want to stay,” Booth said. “It’s just simply not an option that we have and we can offer at this time.”

Escudero said none of the options suggested by the Housing Authority would benefit her family; they were apartments smaller than the single-family home she’s in now. Some were in Inglewood or the San Fernando Valley, more than 20 miles (32km) from El Sereno, she said.

The distance would make it hard to maintain community ties, including with the school her 10-year-old daughter attends, which is a short walk from the El Sereno home.“The help they’re giving is not so much help,” Escudero said.

“As soon as you move into this house, they’re trying to push you out. Once you establish community and home, they should just let you stay there.”

Booth said the agency does not plan to force the families out immediately, but notices will begin a month-long final effort to find them alternative housing. – dpa

In London, a museum run by people with direct experience of homelessness

Cut above: How barbers are giving Paris migrants a boost 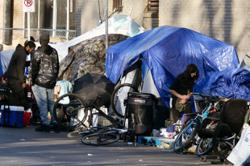