Tarulata Shantilal Tejani, 61, has every reason to be proud of herself. After all, not everyone can say they have fasted for three years.

What's more, Tarulata is believed to be the first person from the Jain community in South-East Asia to complete a religious fast, known as varsitap, that spanned three years and four months. Varsitap means "year-long fasting penance" in Sanskrit.

The Ipoh-based homemaker started her varsitap in March 2019 and had planned to end it in May 2020. Then the Covid-19 pandemic struck.

"I was hoping to break my fast in 2020, with special prayers. For this, our religious leader Revered Shri Jinchandraji Maharaj from Gujarat would have to fly to Malaysia to conduct the prayers. Part of the ceremony requires me to drink sugar cane water, symbolising the end of my fast," said Tarulata during a phone interview from Ipoh recently. Some of the food items that Tarulata consumed included rice, yoghurt, vegetables, pulses and fruits.

The closing of international borders meant Revered Shri Jinchandraji and her two children – who are overseas – couldn't travel to Malaysia. And she couldn't conduct the prayers as it was during the movement control order.

Tarulata decided to continue fasting for another two years and two months. She ate on alternate days, starting her fast at 7pm and ending it 36 hours later at 7am. She survived on two meals during the 12 hours that she was not fasting, consuming on a diet comprising mainly vegetables, pulses (dhals and cereals), fruits and dairy products.

"I drank only boiled water because it is believed that it could stop microorganisms from multiplying. I didn't consume water from sunset till sunrise. I couldn't eat in restaurants during the fasting period either," said Tarulata, who also practised the vow of celibacy throughout the period.

The Perakian is among many people of the Jain faith who believes in the benefits of fasting. According to her, fasting has multifaceted benefits, including keeping to the vows of self-control and non-violence, and improving spiritual focus.

"Fasting is also one of the best ways of controlling our mind and senses – to subdue passion, anger, greed, deceit and pride – and refocus on our own true divine nature," said Tarulata, who lost 8kg after her fast. 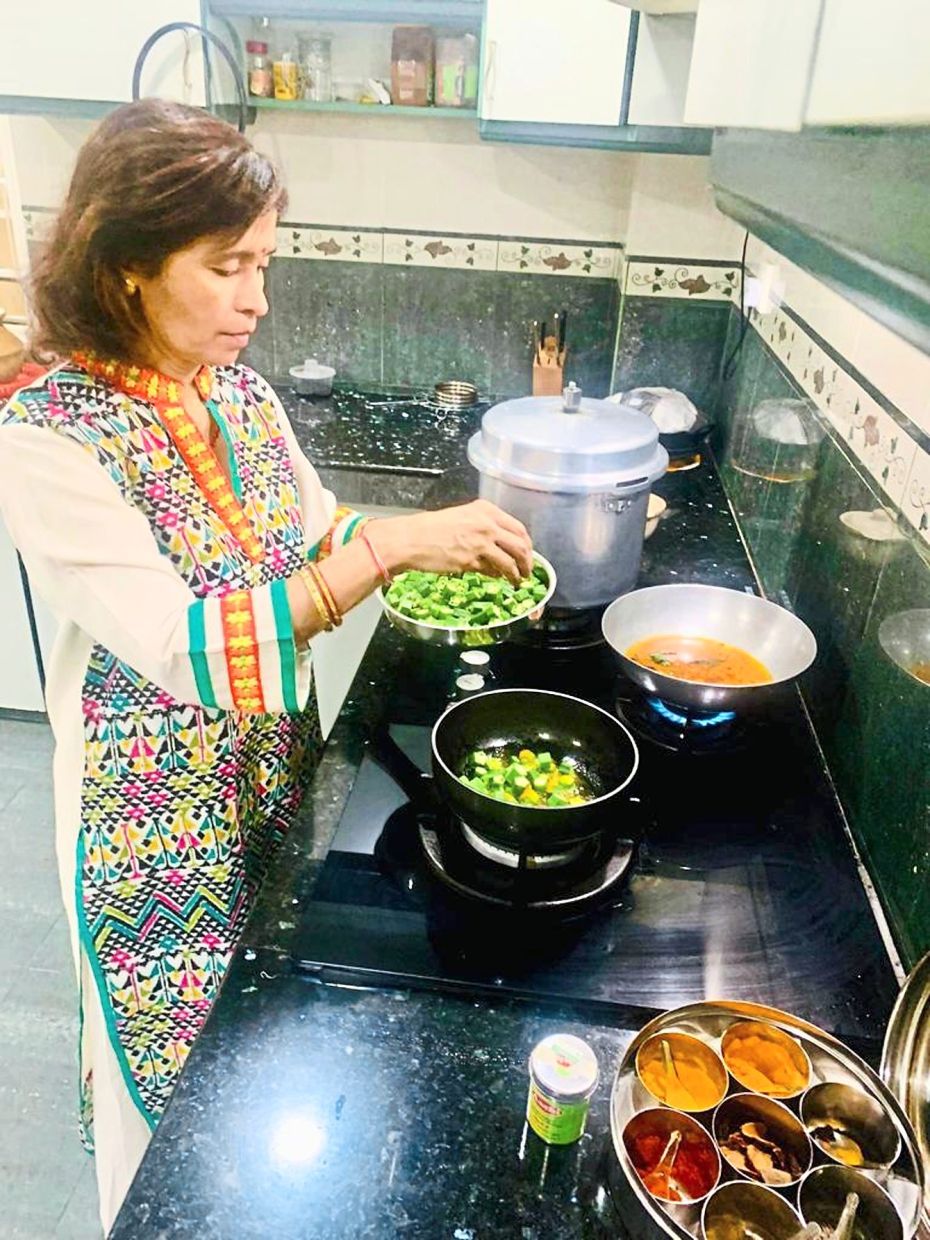 The Jains do not consume root vegetables such as potato, carrot, onion and garlic.To fast over a long period, one needs willpower, determination, faith, compassion and a positive attitude, she added.

"The purpose of fasting is thus to strengthen and purify the soul by shredding or weakening the karma attached to it.

"It's been a beautiful journey of three years and four months. I didn't realise it as time flew by so fast. However, I felt a sense of self-satisfaction that I could fulfil my lifelong dream of completing three varsitaps. I did it for the purification and enlightenment of my soul," shared the mother of three.

Jainism is one of the world's oldest religions, originating in India at least 2,500 years ago.

Jains observe fasting on auspicious days, including birth, renouncement and religious festivals like Paryushana, Ayambil and Diwali. Based on the principle of non-violence (ahimsa), the community's diet is vegetarian – without consuming any root vegetables such as potato, carrot, onion and garlic.

Jains who fast are called tapasvis. Varsitap is modelled after the fast of Jain supreme preacher Lord Rishabhanatha, who fasted for 13 months and 10 days. Then, he broke his fast, drinking sugar cane juice.

"It has always been my ambition to embark upon varsitap or auspicious penance. Since young, Jains are encouraged to fast during Paryushana, which is the most important annual holy event for Jains. Children would start with having only one meal a day and then slowly progress to fasting the whole day as they grow older. Initially, we would fast for a day and then would fast a few days continuously," shared Tarulata. Undergoing the varsitap for over three years wasn't easy, but thankfully, Tarulata persevered throughout the extended period.

"With the divine grace of the Almighty, I could fulfil all the responsibilities without any trouble. Of course, certain days were challenging, but determination, faith and patience prevailed. This further enhanced my spiritual strength.

"Getting a full night of sleep was a challenge but chanting mantra while meditating just before getting to bed helped. The power of prayers was the miracle cure," explained Tarulata.

She added that her husband, businessman Bharat Jassani, 62, and her three children, audit supervisor Poonam Jassani, 31; talent acquisition specialist Pooja Jassani, 27; and medical student Paras Jassani, 24; were her pillars of support during her fast.

Asked if she intends to complete another varsitap soon, she said: "I will definitely do it again, after I have regained my strength."

Want to lose weight? Have breakfast at 11am