'Gods of the ocean': Why Vietnamese fishermen worship the whale

Co is the leader of a group of worshippers on the island who pray to whale spirits, asking for a good catch and protection at sea. Photos: Chris Humphrey/dpa

Under a sweltering sun, 84-year-old Nguyen Co looks out from the stone steps of a temple on Ly Son Island off the coast of central Vietnam.

A broad grin spreads across his leathery face, even as he turns his gaze to a huge mound where a six-metre-long whale lies buried – the sea creature he has come to worship.Co is the leader of a group of worshippers on the island who pray to whale spirits, asking for a good catch and protection at sea.

Dressed in a striking red-and-gold traditional ao dai, a long tunic worn over trousers, Co explains whales have been known to rescue fishermen caught in storms at sea.

"People believe that whales are gods of the ocean," Co tells dpa. "They are smart and help rescue people when they are in danger of drowning. Our fishermen do not catch whales or eat them."

Co used to work as a fisherman when he was younger, but is now retired. As a young man, he saw many whales along the coast. If a dead cetacean drifts to the shore, he says, the fisherman who finds the creature must mourn it as if they had lost a member of their own family. Whale worshippers on Ly Son Island taking part in a solemn day of worship in honour of the whale spirits.

"When we see a dead whale, we hold a burial for them," Co says. "The fisherman who found the whale must perform a burial ritual and mourn them for three years."

After three years, the whale's bones are exhumed from a whale graveyard where countless sea creatures lie buried and taken to a whale temple like the one Co visits regularly.

Many of the temples were erected centuries ago and contain the bones of hundreds of whales and other marine mammals.

This distinctive culture is unique to Vietnam, yet it does not occur on Ly Son Island alone. From southern Vietnam right up to the central Vietnamese coastline, fishing communities are home to dozens of whale temples, where whale worshipping has been practised for centuries.

Vietnamese state media regularly reports on the tradition and even on whale rescues. One article recounts the tale of Nguyen Cong, who was caught in a storm along with 11 other fishermen in 2009. Dozens of whales and other marine mammals are buried in the whale cemetery at Tam Hai.

His boat was damaged in the squall, putting the men's lives in danger. Suddenly, the story goes, a whale appeared and used its back to steer Cong's vessel to safety.

The whale faith comes with its own particular customs, too. At the beginning of each lunar year, many fishing communities hold whale worship festivals, which feature singing, dragon dances, boat races, feasts, and offerings of fresh fruit, meat and rice wine to whale spirits.

Duong Duoc, a 65-year-old whale worshipper on Ly Son, explains: "Another custom of the fishermen is to visit the whale temple to burn incense and pray for luck before going fishing. They also pray at shrines in front of their homes."

The history of whale worship is said by some to have originated in the 1790s, when King Gia Long attempted a sea crossing, but his vessel got caught in a storm.

Like Nguyen Cong, he was saved by a whale that purportedly steered his boat to safety. After this heroic act, the whale was eventually named Ca Ong, or Lord Whale.

Others, however, suggest the faith derives from Cham culture – the people who lived in central Vietnam from the fourth century. Villagers in Tam Hai in central Vietnam taking part in a festival honouring the spirits of the whales.

According to Vuong Dao, the caretaker of a whale museum in Phan Thiet in central Vietnam, "the practice of worshipping whales came from the Cham people. Then, the Vietnamese people adopted and changed some basic things and it became a Vietnamese tradition".

Meanwhile, water pollution is taking a heavy toll on whales and other marine life in the region. In 2017, a report by Ocean Conservancy, a non-profit environmental advocacy group based in Washington, DC, found that Vietnam, China, Indonesia, the Philippines and Thailand release more plastic into the sea than the rest of the world combined.

This plastic waste, which can also be seen lining the beaches beside the fishing villages where whale worship is practised in Vietnam, has directly affected marine life, including by killing whales.

And while it is charming to believe that whales deliberately rescue people, some scientists have suggested that cetaceans' impulse to save humans comes from an instinct to protect their young. – dpa 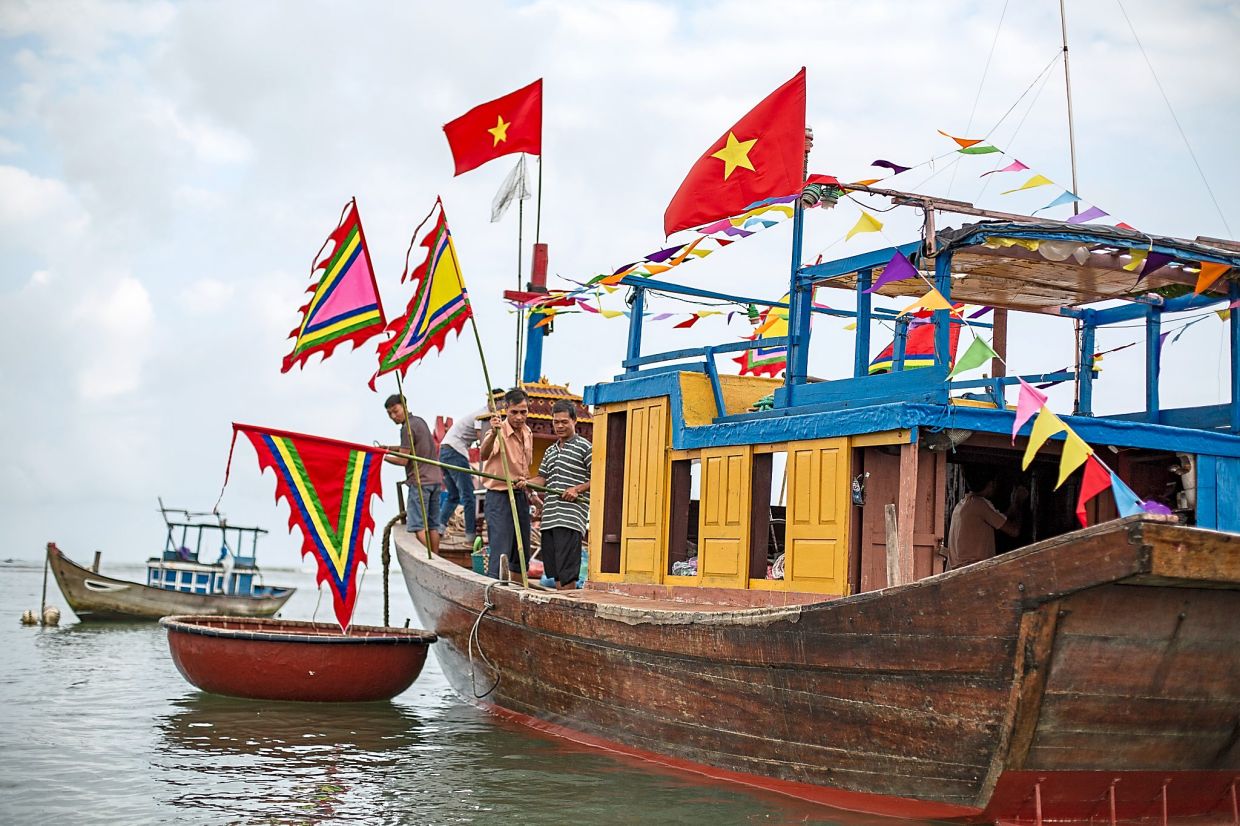 Co is the leader of a group of worshippers on the island who pray to whale spirits, asking for a good catch and protection at sea. Photos: Chris Humphrey/dpa

A group of fishermen on their boat off the coast of Tam Hai. On the ship in the foreground, the symbolic gaze of a painted whale eye is supposed to offer protection to the fishermen.

Dozens of whales and other marine mammals are buried in the whale cemetery at Tam Hai.

Villagers in Tam Hai in central Vietnam taking part in a festival honouring the spirits of the whales.

Whale worshippers on Ly Son Island taking part in a solemn day of worship in honour of the whale spirits.

Do you know that the unicorn is the national animal of a real country? 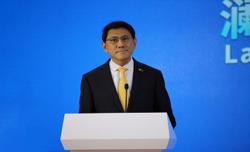