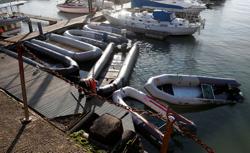 Sarvysswharrann has been interested in all things related to aircraft since he was small. Photos: Yogeswaran Tamil Selvam

A Year Three student from SJK (T) Taman Melawati in Kuala Lumpur has put Malaysia on the world map by gaining entry into the Kids World Records (KWR) for the Most Aircraft Recited in six minutes under the boys (seven to nine years old) category.

The nine-year-old from Wangsa Maju completed the task virtually on Mar 1 and received his certificate and medal on Aug 19.

He is thrilled with his entry into KWR, a Canada-based online portal that highlights talented children aged four to 16.

"I am thrilled to connect these record-breaking activities with aviation and my dream is to be a pilot. I love to watch talent show programmes like Little Big Shots, Guinness World Records and Malaysia Book of Records on YouTube. Their stunning activities have inspired me to work on my personal record too," said Sarvysswharrann in an email interview recently. Sarvysswharrann has his name listed in the Kids World Record for reciting 213 aircraft names in six minutes.

His interest in aircraft stems from his father, aircraft engineer Yogeswaran Tamil Selvam, 47.

"Since young, I have been exposed to aircraft-related activities such as watching aircraft movies, viewing aircraft images, collecting models, and reading about them. Now, I love to do research on aircraft.

"Before the pandemic, I'd follow my father on flight simulator tests. In addition, I love Mathematics, Science and Astronomy, which help me connect with aircraft-related activities."

On how he prepared for his feat, he said: "I did not memorise the aircraft names. I've seen many aircraft models in books and on the Internet. Over time, they have registered in my mind. It is not good to memorise things because the information can fade over time.

"By understanding the points and connecting them with images, the facts will stick permanently in our mind. My parents helped me to monitor my recitation process.

"Their biggest concern was my pronunciation. With their support and encouragement, I successfully recited 213 aircraft names in six minutes," said Sarvysswharrann, who is also a national junior squad chess player who represented Malaysia at the virtual Asian School Chess Championship 2021. 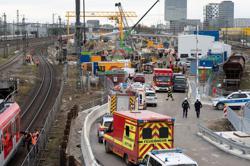 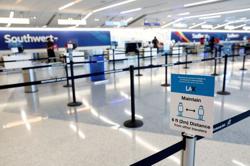 After 80 years, siege of Leningrad survivors finally receive pension
How refugees are being trained as tour guides in Oxford
How these Malaysians are making a positive impact on society by doing volunteer work
How beekeeping is more than a hobby and requires resilience and dedication
Why Australian fruit farmers are facing a harvest headache
'A night full of screams': Africa's climate change impacts
APPROVE BILL PAYMENTS WITH SECURE2U
A UNIQUE LIFESTYLE SHOPPING EXPERIENCE
Lord of the plants: How a death metal eco-baron rewilds Irish estate
How to travel this holiday season, but safely?