Family friend Amber Bray (left) cutting a braid from Moise's hair during a public fundraiser held to donate his hair to the nonprofit Children with Hair Loss. Photos: Gregg Gelmis/AP

Kieran Moise’s afro was a splendid 19 inches (48cm), a huge part of his personality. But after six years of growth, the 17-year-old Alabamian knew that he and his hair would soon be parted; he was bound for the US Air Force Academy.

So in memory of a friend who died from cancer, he cut it off and donated it to the nonprofit Children With Hair Loss, which provides human hair replacements to children and teenagers facing medically related hair loss due to cancer treatments, alopecia and burns.

“I knew I didn’t want it to just get cut off and thrown on the floor, so I wanted to give back, ” he said. “I knew I wanted to send a message.”

He did – and many responded. Moise printed out flyers and spread the word on social media for an event held by the nonprofit at a brewery in Huntsville, Alabama. There, family, friends and even some of his elementary and middle school teachers took turns cutting his hair in braids. His story was widely shared online. This photo shows Moise before and after having his 19-inch hair cut and donated to the nonprofit Children With Hair Loss.

“It’s good to see good news and see... that people are still doing good things, because all it does is inspire others, ” he said.

Moise also launched a fundraiser through St Jude Children’s Research Hospital, which had helped his late classmate, Josh Quist, who died when they were in middle school. Kelly Moise hugging her son Kieran after cutting the last braid from his hair during a live donation fundraiser, Kieran's Curls for Cancer, for the nonprofit Children with Hair Loss.

Small gestures of kindness, Moise said, can spread. “When you smile, that usually makes someone else smile, and then that one smile can brighten someone else’s day, ” he said.

“I know I’ve had rough days where someone just does something nice for me or I see them do something nice to someone else, and I remember that the whole day.” – AP

American students forgo trip to help an island during the pandemic 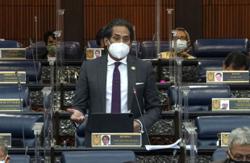 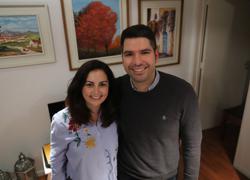