Extremely dedicated and with a very inquisitive mind, this man would leave no stone unturned to ensure a good outcome for his patients. Very through in evaluating his patients, his initial clinical examination alone often exceeds two hours. He has prevented patients from having disastrous outcomes after coronary artery bypass grafting (CABG).

One patient, who was referred to Rozali, told him that he tended to veer to one side of the road while driving. This alerted Rozali to the possibility of a brain tumour; this was proven during a CT scan of the brain. Had the patient undergone CABG without this being detected, he could have died. The patient subsequently successfully underwent brain and heart surgery.

Rozali is gifted with a steady pair of hands – vital for a surgeon who has to work on the heart’s small vessels. Noting Rozali’s operating skills, one of his mentors in Sydney advised his Malaysian friends to seek him out if they needed bypass surgery in the future. One patient did just that; when I advised bypass surgery, he requested for Rozali, a surgeon identified to him more than 20 years earlier!

Rozali’s dedication to his patients is legendary. After many hours of surgery, he would stay with his patient late into the evening to ensure all was well before he went home. The best testimony to your work is your own patient. An old Chinese gentleman referred to me from Sarawak, could only converse in broken Bahasa Malaysia and one of the first things he said was “Saya mahu itu Lojali (I want Rozali).”

Curious, I enquired further. He replied that many years ago his friend was operated on by Rozali and every time he opened his eyes in ICU, there was Rozali observing him from the end of his bed!

In 1988, my father aged 67, complained of chest pains. Coronary angiograms revealed critical left main coronary disease – fatal if not treated early with CABG. I wanted the best cardiac surgeon in town to do it. My enquiries revealed the name of Rozali Wathooth who was working in the Subang Jaya Medical Centre (SJMC).

Rozali’s calm way of explaining the procedure allayed Dad’s anxieties and bypass surgery was successfully done a few days later. This was the beginning of a 33-year relationship with Rozali who became one of my best friends.

My father needed a second bypass 14 years later, aged 82 years. Everyone, including Rozali, was worried because of Dad’s age, but I was confident of Rozali’s skills. The CABG was again successful, and Dad had the honour of being known as the oldest patient in Malaysia to undergo a second CABG then.

I joined the SJMC in 1995 as a Consultant Cardiologist. Over the years, Rozali performed CABG on many of my patients. Rozali supervised every aspect of the patient’s care meticulously. If a patient suffered a post-operative complication, he never gave up. A devastating complication of bypass surgery is a stroke.

In January 2016, Rozali’s 64-year-old patient suffered a massive stroke after CABG. Everyone, except Rozali, gave up. He saw the patient daily, persevered with treatment and physiotherapy, and slowly the patient recovered. In December 2020, when we were discussing interesting cases he had handled in his career, Rozali mentioned this man – just that morning Rozali had met him at the foyer of the hospital – the patient was well, giving instructions over the cell phone for a business deal!

Rozali had attended Monash Medical School in Melbourne for his basic degree. Following a one-year internship at Kuala Lumpur General Hospital, he returned to Australia to undergo a six-year post-graduate surgical training programme at the Royal Prince Alfred Hospital in Sydney for adult cardiothoracic surgical training, and a year at the Royal Alexandra Hospital for Children for paediatric cardiac surgery training.

Later, he returned to Malaysia to become the founding head of Malaysia’s first dedicated Open-Heart Unit at the Kuala Lumpur General Hospital. The first open-heart surgery at the unit was done on April 6,1982. The country’s first coronary artery bypass surgery was done in October 1982. In 1985, upset that the National Heart Institute (IJN) Program that he was working on with the late Datuk Dr Nik Zainal under the 4th Malaysia plan, had been scrapped, Rozali and Datuk Nik left the Health Ministry.

Rozali joined SJMC to start the first private open-heart unit in the country, which opened in July 1985. Serendipitously, he was extremely delighted when appointed to the Board of IJN Sdn Bhd in 2006 and as Chairman of the Board in October 2019. He tells me that it has been extremely gratifying for him to relive his earlier unfulfilled dreams, although in a different capacity, through the successes and the wonderful work performed by the younger cardiac surgeons at IJN.

In SJMC, Rozali embarked on the use of radial artery grafts for coronary bypass grafting in 1996. I know of no other surgeon in Malaysia who does total arterial grafting with such regularity during CABG. Studies have shown that these grafts, done by a competent surgeon, would outlast the traditional vein grafts. Rozali’s patients carry his trademark – two fine scars down the front aspect of their forearms. I have had the privilege of repeating the coronary angiogram on some of these patients; even 20 years later, the grafts were still patent and in good condition.

Rozali often recounted how he had been blessed with loyal and dedicated cardiothoracic teams both at General Hospital, Kuala Lumpur, and at SJMC. Rozali’s “right-hand person” at SJMC was his dedicated and compassionate anesthetist Dr Mary Samuel, who had been working with him for 38 years since 1983. She too retired on Jan 1. There were also other long-serving members of his surgical team, some having worked with him since Sydney days in 1981.

Rozali is married to Aminah, whom he met when they were both undergraduates in Australia. They are blessed with two sons – an accountant trained at the London School of Economics and another a Cambridge-trained lawyer.

Seeing his hectic lifestyle with very little time to spare his family, his sons refused to go into Medicine. While walking with his second son (then aged about 10) in the garden one day, Rozali asked him what he would like to be when he grew up. His son’s reply was: “I don’t know yet but I definitely do not want to be a doctor.” When asked why not, his son’s eye-opening reply was: “Bapak, do you think you have a life?”

As I wish Rozali happy retirement to spend long overdue time with Aminah, his boys and two grandchildren, I must admit that a part of me is sad because Malaysians will no longer benefit from his pair of healing hands. 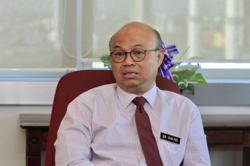 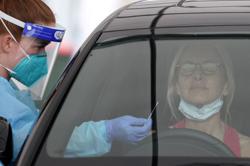