Verena, who prefers to be anonymous, is a successful 27-year-old by all measures. Yet she suffers from imposter syndrome, meaning she doesn’t feel success is of her own doing. — privat/dpa

Verena is only 27 years old, but professionally, she is thriving, with a long list of achievements under her belt: She works as a professional photographer, winning prizes and much in demand, excelled at school and had a professional sports career.

But despite all that, her problem is that she fears she isn’t able to do all that she claims, she says. Hearing her speak, you might imagine Verena is a cheater – but she suffers from imposter syndrome.

“We’re talking about people who are demonstrably successful but who cannot internalise that fact, ” says Mirjam Zanchetta, a researcher who studies imposter syndrome.

Sufferers don’t believe in their own success, but instead believe their achievements are due to external factors such as luck or timing. Verena says that’s how it is for her, in any case.

“That’s the paradox of it, that I’m not lying to anyone and not claiming that I can do things, but I’m still afraid someone will one day ask me ‘What are you doing here?’” says the German woman.

Verena, who didn’t want to provide her real name, says she has no problem talking openly about her feelings and thoughts.

“I even think it’s important to show people that they aren’t alone, ” she says. But the feeling of self-doubt is also very personal.

Verena only reveals her feelings to a limited extent. To others, she seems highly self-confident. “I keep up appearances, ” she says.

Most people who struggle with the syndrome behave the same way, keeping the secret to themselves, says Zanchetta.

It is difficult to know how many people suffer from imposter syndrome as many are also unwilling to admit it even in research studies. Much remains theoretical, and there is little data to draw upon.

Up to 70% of people say they are familiar with the feeling, says Leon Windscheid, a psychologist and author. Many, however, could not name it. “There’s just an awful lot of people – so perhaps we should not be talking about an illness but a normal condition.”

The feeling could be triggered by performance pressure during childhood, for example, he says.

Those who suffer from imposter syndrome struggle to give themselves positive feedback: “You’re never really satisfied with your own achievements. You need more and more, like a hamster in a wheel.”

Self-doubt is an important indicator of imposter syndrome, as is the ever-recurring question of “Am I good enough to be here?”

Verena finds it hard to talk about her achievements and only names a few after persistent inquiries – such as the fact that she completed her A-levels at the same time as succeeding in competitive sports.

Her training as a journalist was a success, she says, after some reflection. “Now I know what I can do and what I might not do so well.” Nevertheless, she struggles hearing praise.Undermining themselvesNormally, when people succeed, it makes them more self-confident but that doesn’t apply to those with imposter syndrome, says Windscheid.

Right from the outset of an activity, people suffering from imposter syndrome undermine the possibility of telling themselves they did a good job or deserve positive feedback. That applies to Verena too.

Despite achievements that seem obvious, the negative feelings don’t go away. “I always have this latent fear of having messed up, ” she says, although she has never really made any terrible mistakes.

But the worry persists that she has screwed up and no one has noticed yet. Verena is gradually getting her fears about being an imposter under control, and talking with her friends has helped, she says.

Windscheid also advises people with imposter syndrome to talk with others about their feelings – in order to help them and others who may feel the same way. Sharing can also help generate ideas about how to deal with the situation – and that might help all involved.

In summary, he says, “imposter syndrome is based on the feeling of being an imposter – though that is actually not the case.” – dpa/Dorothee Barth

Is your girl really short? It might be Turner syndrome 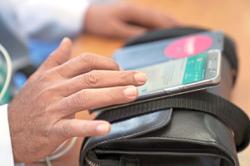