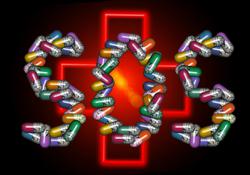 Listen to your body and only do as much as you can, advises Assoc Prof Dr Nahar to cancer survivors. Photos: The Star/Izzrafiq Alias

When it comes to fitness and Zumba, one name that constantly pops up in conversations among cancer survivors is Assoc Prof Dr Mohd Nahar Azmi Mohamed.

The ladies love his classes, men long to move like him, and patients wait months to consult him.

Every Saturday morning, the affable head of Universiti Malaya Medical Centre’s (UMMC) Sports Medicine Department can be found shouting instructions, swivelling his hips and moving to intoxicating rhythms as he teaches Zumba and aerobic classes to cancer survivors at the hospital’s premises.

There’s never a student who doesn’t break into a smile at least once during class.

Since 2012, Dr Nahar has been teaching voluntarily and has not missed a class unless he’s back in his hometown in Johor or travelling. Assoc Prof Dr Nahar teaching a Zumba class to UMMC staff and frontliners during the conditional MCO.It all started at the end of 2011 with the Malaysian Breast Cancer Survivorship Cohort Study – a collaborative project between Universiti Malaya and Queens University of Belfast, Northern Ireland – funded by the Higher Education Ministry of Malaysia.

The aim was to determine the impact of lifestyle (e.g., nutrition, physical activity), mental and sociocultural condition on the overall survival and quality of life among multi-ethnic Malaysian women following diagnosis of breast cancer.

Being a sports medicine consultant, Dr Nahar was tasked with looking into the physical activity component.

“Research has shown that exercise is not only safe but also possible even during cancer treatment. It can improve the patient’s physical function and quality of life, ” he says.

The first exercise support group (ESG) comprising 15 cancer survivors met every Saturday for six months to practise a set of systematic and structured exercise to keep fit and engage in a healthy lifestyle, which may keep the recurrence of cancer at bay.

They would utilise gym equipment, train with resistant bands and do cardiovascular exercises such as Zumba. They were closely monitored and data was collected on their progress. The next batch of survivors then came in, and this continued for the next three years.

“Once the study concluded, some of them asked, ‘What’s going to happen to us if you’re not going to teach us anymore?’ I had established a close relationship with these survivors and that statement touched me deeply. Even now, when the survivors don’t make it, I get emotional and start tearing.

“My intention is to give them support while educating them on different aspects of exercise. The majority of them are not exposed to proper exercise and have no knowledge of how to build their bodies. “One survivor also asked if other cancer survivors could join the group and I didn’t have the heart to say no. Many of them come from far away, so I said, ‘why not’, ” he shares, adding that there is another staff member who volunteers as well.

But basically, he runs the show himself. He’d teach, counsel, organise talks for the survivors and hold workshops. Since not every expert is keen on volunteering their expertise, he’d have to pay from his own pocket.

“I don’t worry about finances because there will always be someone who is willing to help out. I just want to help survivors stay fit as they battle through their journey. Every doctor wants to see his patient recover, ” he says pensively.

Word got around and the ESG grew in popularity; in 2014, it became an official programme under UMMC’s Department of Sports Medicine and was open to all cancer survivors. Currently, it has more than 200 members. This doctor's moves are easy on the eye and easy to follow.

At the same time, some members of the group enjoyed the sessions so much they branched out and formed a splinter group called Candy Girls, under UMMC’s Breast Cancer Resource Centre.

Growing up in Batu Pahat, Johor, Dr Nahar went to a Chinese kindergarten (he can still sing Mandarin nursery rhymes fluently), and a national primary and secondary school before completing his upper secondary education at a public boarding school in Muar.

“Every morning, I’d see my mother exercising and she always maintained her trim figure, so perhaps it was her influence that got me interested in fitness. My dad was diagnosed with diabetes at 40 and I knew I didn’t want to end up a diabetic as well, ” he says.

The doctor also had a penchant for athletics, having competed at the district level in the 400m event.

“Both my parents were civil servants and when I was young, my father was often outstation so I was more influenced by my mother. For instance, she’ll be nagging me for not doing something, and I tend to do that when I see patients or teach class!

“She was also a hurdler and ghazal singer, and belonged to a troupe that performed on television a number of times during the era of Orkid Abdullah. But, she never trained her children to sing, ” recalls the specialist, the eldest of three siblings.

At university, Dr Nahar failed a number of subjects in his first year and had to resit those papers, though he was allowed to move on to second year.

He then worked extremely hard, ended up on the dean’s list, and was offered a scholarship to study medicine in Indonesia.

“The Indonesians are very musical people and that’s where my interest (in music) really began. I joined the medical faculty choir as well as discovered aerobics for the first time. I loved the music and would take classes whenever I could.

“When I returned to Malaysia and was doing my housemanship in Muar, the director asked me what I wanted to specialise in and I said sports medicine. So he asked me to start a wellness programme at the hospital. Though I had limited knowledge, during my free time, I put together a few aerobic classes for the staff and student nurses, ” he recalls. 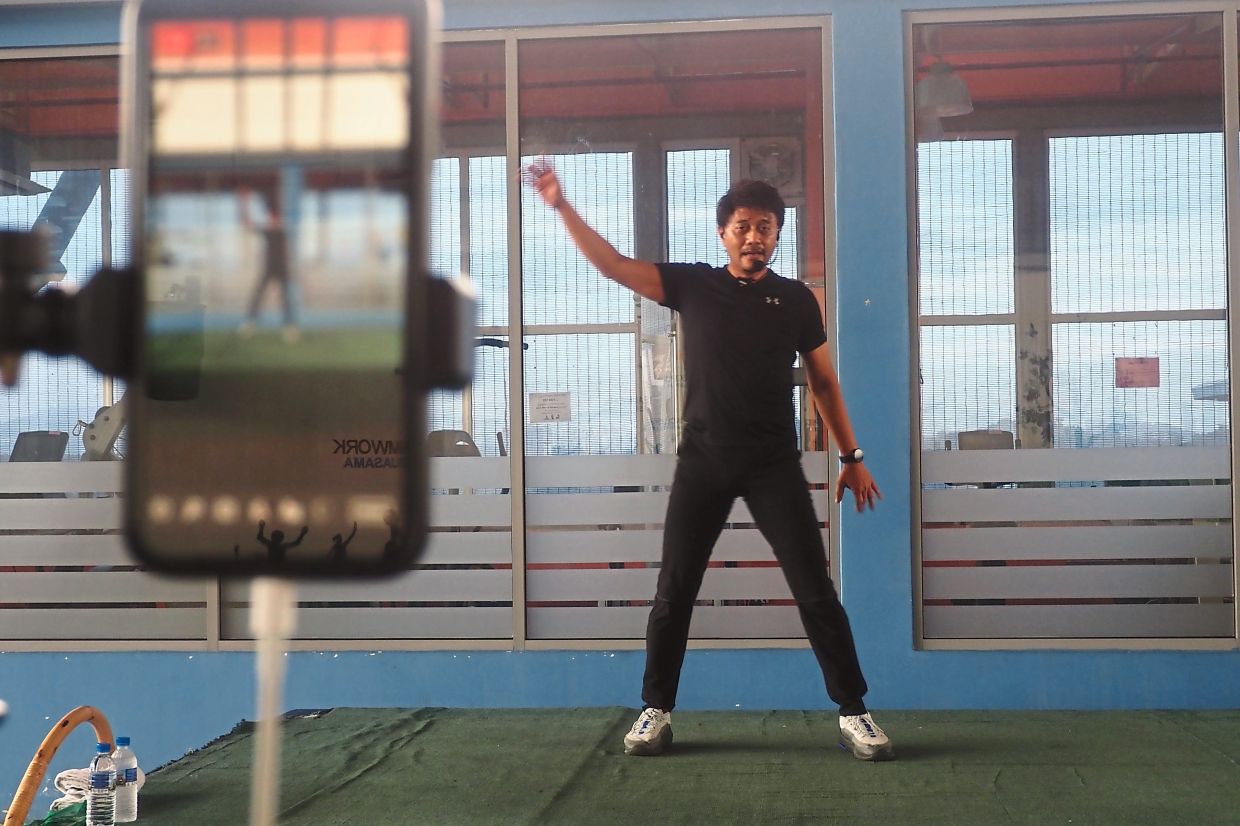 Grooving in the park

When Dr Nahar moved to Kuala Lumpur to pursue his masters, he lived across a park where aerobic classes took place every weekend. Delighted, he joined the community and sweated it out while people started noticing that this new young man in the neighbourhood had a style of his own and could groove.

He says, “The instructor pulled out one day and the community turned to me and asked if I could teach. I enjoyed being a student and was a bit apprehensive at first but decided to give it a go.

“I wasn’t a trained or certified instructor, had no boom box or music so I’d drive my car up close to the park, open the doors and blast the music from the cassette player!” he says, laughing.

From a humble number of 20 students, the community grew to more than a 100 eager enthusiasts spilling onto the curb.

Dr Nahar would spend weekends teaching at the park for free until he left for Melbourne, Australia, to pursue his PhD in 2006.

When he returned to UMMC in 2011, he started numerous fitness and weight loss programmes, both for staff and students, before the research proposal dropped on his lap.

“By then, I got some aerobic certifications and students were asking me to teach Zumba so I picked up a licence as well, ” he says.

“I have to control the numbers in the ESG class because of space but at any one time, there are usually around 40 to 60 people. With the conditional movement control order in place, the ESG classes have shifted to live sessions on Facebook and I’ve been doing it daily so more people can participate... there are 1,500 people now!” he says, thrilled.

His schedule is pretty full, leaving him little time for anything else but Dr Nahar shrugs it off. He still manages to go for long runs on Sundays and reserves the rest of the day for family.

“I’m not giving the survivors much. I’m more inspired by them so I’m motivated to volunteer my time. I always tell them to listen to their bodies and do only as much as they can.

“After I retire, I hope to have a place where I can continue to teach these cancer survivors about overall wellness. A lot of them don’t know about fitness and think walking alone is sufficient exercise; it’s not. One survivor will listen to another survivor when they see results and that’s how I can transfer knowledge, ” he points out.

In good and bad times, our ties with family and community bind and strengthen us. This column celebrates how Malaysians care for one another and make this country better for all. Please share your inspiring Malaysian stories with us. Email us at lifestyle@thestar.com.my.