Ethiopia’s ‘town of runners’ tries to outpace the pandemic 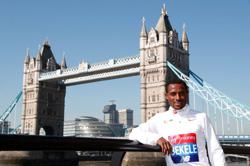 Hanna posing for a picture after a training session in a forest in the village of Bekoji, Ethiopia. Photo: AFP

Just eight months ago, 16-year-old Hanna Awugichew believed she was well on her way to becoming Ethiopia’s next elite runner, having qualified for a national competition in the 400m dash.

But the coronavirus pandemic threw an obstacle in her path, prompting officials to cancel the race and, under a nationwide state of emergency, place restrictions on how athletes could train.

“We had prepared for the competition and trained well, but we couldn’t compete because of coronavirus, and that was very disappointing,” said Hanna, adding she had been “very excited to win”.

It’s a common story in Bekoji, a town 225km south of the capital Addis Ababa that is renowned for producing running stars who have collectively bagged some 18 Olympic medals.

On Oct 4, Bekoji’s favourite son Kenenisa Bekele – five-time world champion and winner of three Olympic golds – was supposed to face off against Kenyan icon and marathon world record holder Eliud Kipchoge in the London Marathon. Bekele had to eventually withdraw from the race due to a calf injury.

Nonetheless, Fatiya Abdi, who coaches Hanna and around 40 other girls in Bekoji through an organisation called Girls Gotta Run, said the event helps to shake her athletes out of their pandemic funk.

“The race encourages our athletes to work hard and motivate them to prepare for their own competitions,” Fatiya said.

The marathon is the latest sign of a return to normalcy for Bekoji’s runners after pandemic-related disruptions.

For much of this year, hundreds of youngsters in Bekoji vying to emulate the town’s stars – household names like Derartu Tulu, Fatuma Roba and Tirunesh Dibaba – have seen their dreams put on hold.

In normal times, runners in Bekoji spend each morning transforming the town’s eucalyptus forests into a sprawling training ground.

As women gathering kindling look on, the athletes weave through the trees while their coaches take them through high knees, straight-leg bounds and other drills.

But this hallowed terrain where Bekele started training as a teenager sat largely empty after Ethiopia recorded its first Covid-19 case in mid-March.

“When Covid showed up, we thought it would be over within one or two weeks. When the cases started to increase, we started to worry,” Fatiya said.

Fatiya did her best to ensure her athletes’ training regimens wouldn’t be completely derailed.

Though she could no longer meet with them in person, she drew up individual programmes and kept in touch with them by phone.

“I told them that coronavirus is a killer, but we shouldn’t be neglectful of our training. We have to defeat the virus with our relentless effort,” she said.

The changes brought challenges, said 17-year-old Sada Adem, who qualified for nationals this year in the 1,500m competition.

Fatiya’s phone calls were helpful, Sada said, but they were “not the same” as in-person instruction that allows a coach to correct problems with form as soon as they arise.

“When you train as a group, you compete with your teammates and you get encouraged,” she said.

Bekoji’s distance-running prowess is legendary and was even the focus of an award-winning 2012 documentary by Jerry Rothwell titled Town of Runners.

Yet residents struggle to pinpoint the reasons for the town’s success, suggesting it could be due to the altitude – which tops 2,800m – or perhaps a local diet rich in wheat and sorghum.

These conditions, however, are hardly unique in Ethiopia, a distance runner’s dreamland with no shortage of high altitude routes.

Another explanation, at least for the town’s younger runners, is a desire to follow the lead of those who have already achieved fame.

That’s why coaches like Fatiya were so eager to see the resumption of high-profile events like the London Marathon after a months-long hiatus.

Anticipation for the race extended beyond Bekoji’s running community.

Tola Cafe is one of just two places in town that offers satellite television for patrons to watch races live.

Zeray Eshetu, a waiter at Tola, said, “People become really emotional when an Ethiopian athlete wins the competition. They clap, they jump, they shout, they take off their shirts and spin them around, ” he said.

Indeed, they probably did that when Ethiopian Shura Kitata won the men’s race with a time of two hours, five minutes and 41 seconds, after an incredible sprint to the finish line. – AFP Relaxnews

'Virtual London Marathon' sells out as 45,000 sign up to run alone 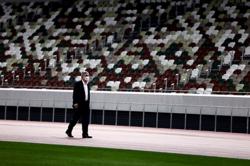 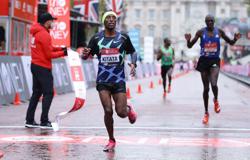