This Walt Disney World entertainer has pedalled over 4,800km to bring cheer to people

Here's how friend Becky Roper describes Billy Flanigan: "He's just the perfect example of how a little act of kindness can go a long way."

Flanigan, an entertainer at Walt Disney World for nearly 40 years, has ridden his bicycle thousands of miles the past few months, undertaking a lot of physical work for a simple mission: Deliver a little cheer.

"This is my way to be social and be safe at the same time," Flanigan said. "I ding dong the doorbell, back up and do my song and dance."

His simple tune, personalised for the recipient, comes with choreography and the trademark Flanigan smile that has entertained Disney visitors in such shows as "Finding Nemo – The Musical," "Tarzan Rocks!" and the "Hoop-Dee-Doo Musical Revue."

The surprise visits even have been named by a friend: A "Flanigram," and social media accounts are full of photo-filled posts exclaiming "I've been Flanigram-ed!"

By his own accounting, Flanigan has cycled more than 3,000 miles (4,828km) and seen about 265 friends and colleagues.

Not bad for a phenomenon that started with a casual idea. Shortly after Walt Disney World in Florida shut down because of the coronavirus pandemic, Flanigan was riding his bicycle when he realised he was near the home of friend Hannah Laird.

"I think I'm going to say hello," he remembered thinking.

With the stress and loneliness of social isolation weighing heavy, Laird was moved by the visit. 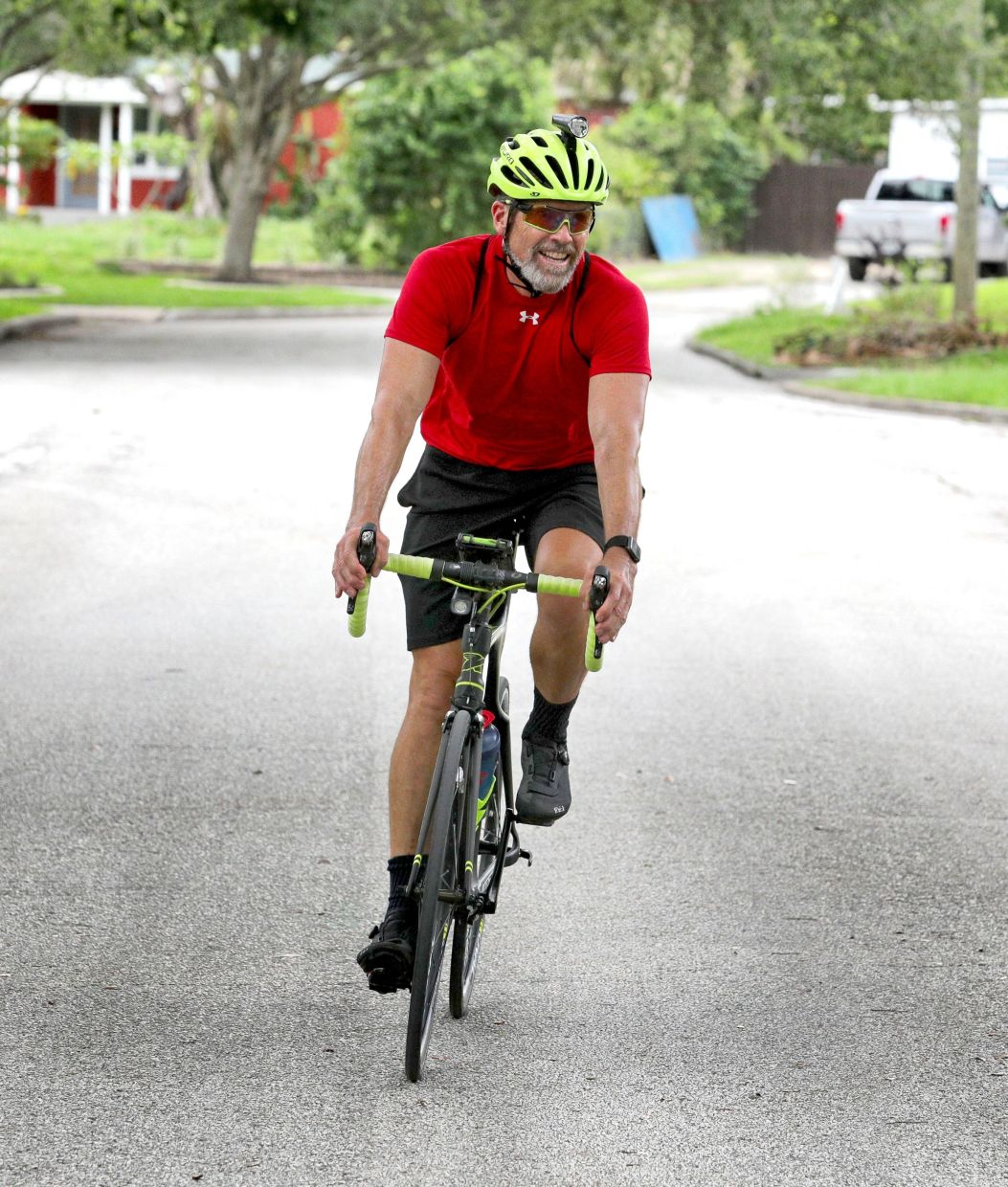 The actor's Flanigrams were born as a way to connect during the recent period of isolation.

Later, on social media, she described the experience:

"He stood on the sidewalk and I sat on my stoop and we chatted for a while," she wrote. "When he left, I burst into tears. I hadn't seen my friends or cast mates in weeks, and it was amazing to have a face-to-face interaction with someone (safely distanced, LOL!)."

For his part, after the meeting Flanigan decided to visit others. And as his Instagram filled with photos of the encounters, friends started clamouring for a Flanigram.

"People way out in Davenport (Iowa) were like, 'I'm waiting'," Flanigan said.

He learned which roads were cyclist-friendly – and which to avoid.

"I took myself miles out of my way, but it was much safer," he recalled.

And he took his show across the country. On a cross-country drive, he brought his bike and made time to ride in Texas and Arizona, before arriving in Los Angeles to surprise friends, some of whom he hadn't seen in decades.

At one's home, he thought,"She's never going to remember me," Flanigan said. But "I came up, and she was at her window and shouted, 'Is that Billy Flanigan?'"

Actor Paul Padilla was sheltering with his family in a San Antonio suburb when the cyclist arrived. His fame had preceded him.

"Watching my friends in Florida receive their Flanigram has been a highlight during this unprecedented time," Padilla later wrote. "I teased Billy that I'd be waiting anxiously for mine here in Texas. Surprise!"

Closer to home, some of the first to receive visits watched the phenomenon develop with joy.

"We were early in his Flanigramming... he hadn't even named it, and we didn't get a song," said friend Sheila Ward. "Don't think I am not tempted to ask for another one!"

Ward became an unofficial assistant – "I have actually referred to myself as his stage manager on occasion," she joked – gathering addresses of co-workers and surreptitiously determining if intended recipients would be home.

That wasn't a problem at first, when people were sheltering in place – though surprises can work both ways.

"I have had a husband answer the door and say, 'She's just gotten out of the shower...'" Flanigan said with a laugh.

Another surprise came when Flanigan realised he was losing track of time as one shutdown day blended into the next. Arriving at the home of friend Lauriel Marques de Oliveira and expecting to find her pregnant, he was shocked to see her out for a walk with her husband, Eduardo – and their newborn.

"I was one of the first people to see that baby," he laughed.

Friends turned the tables on Flanigan recently with a surprise socially-distanced car parade and party to mark his 60th birthday in Winter Garden, where he hosts a weekly "Singers Open Mike" night at Pilars martini bar.

"I have never had a true surprise, and they pulled it off," said Flanigan, who called the event "perfect."

"He just honours the special connection the people in the community have created for each other," said Roper, who owns Pilars. "It's really incredible to see him make everybody feel so good."

Flanigan still has visits to make – "after 38 years at Disney, you know a lot of people," he cracked – and he still can't quite believe the reaction his simple action has inspired.

"It's just a short visit, a little song, it's silly," he said. "But I love to make people smile. If I can brighten someone's day, I want to do it." – The Orlando Sentinel/Tribune News Service 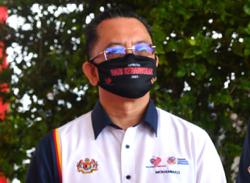