Yasmin Hani and her son Eissa

As a tribute to mothers on Mothers Day, we spoke to three personalities in different stages of motherhood about their experiences, lessons from their own mothers, and what they’ve learned in their individual journeys.

A valuable lesson Yasmin Hani learned from her mother, Kamariah Ismail, was the importance of patience.

“She was so patient. I didn’t understand how much she went through, because I was young... until I became a mum, ” says the actress, TV host, emcee and businesswoman, her voice trembling a little with emotion.

Yasmin added, “She was so patient and she didn’t really complain much. She sometimes expressed anger but she didn’t complain, she still made things happen and now I understand why she moved back to the kampung with us and tried to survive and make things ok, and to make me into a good person.”

Her parents split up when she was in primary school, but Yasmin, 40, stayed in touch with her father, Clive Hughes Richardson, who continued to support the family. “I was actually so close to the men, the father figures in my life — my grandfather, father, uncles — with my mum it came slightly later on in life. I used to go against my mum, ” she recalls. Yasmin Hani and her family

They adopt a parenting approach in raising their children which focuses on respect.

“Respect them the way you want them to respect you, ” says Yasmin, who will be launching her own brand of nutritional food and dietary supplements soon.

“Stay calm and be honest and real with your children, listen to them because they are another human being that came through you, you don’t own them. ”I’m slightly quoting Khalil Gibran’s poem on children. It’s beautifully written. My (late) dad gave it to me when I was 10 years old, and that made me understand more, and to look at him in a different way.”

For Mothers Day this year she thinks she will receive a card, as card-giving is an important practice she likes to keep going in her family, and she handmakes cards for others.

Raya looks to be a quiet affair, but Yasmin, being pescetarian, will be cooking up a seafood storm at home.”This year, I think that I can accept that we may be at home, but I feel sad for my mum. Normally the kids, grandkids will balik kampung but this year I don’t know.” For now, the plan is to video call her mother and stepfather, and Yasmin hopes they will be able to visit them soon. Ika and her son NoahWhile shooting the TV series’ Demi and Kanvas, which were both 26 episodes long, actress Ika Nabella found herself on an unexpected yet welcome break when the Covid-19 pandemic broke out and the Movement Control Order (MCO) came into effect.

“I was very occupied with these two series, both which challenged me with the nature of the characters I played, which were heavy and emotional, ” says Ika, 30.

“Filming was halted due to the outbreak which I think is very good because I can focus more on my upcoming special project, my first ever formulated health care product made with mums in mind!”

Ika is the mother of Muhammad Noah Zayn, who is six-months-old, and she can’t wait to celebrate her first Mothers Day with husband Muhamad Zaid.

“This year is going to be very special! I’m finally a mother after almost three years of waiting and praying!” she enthuses.

“I’ve been celebrating Mothers Day with my mom since I was a kid and then with my fellow sisters-in-law because I’m very close to their children. It’s always been my idea, and I’m considered the favourite aunt in the family!”

It’s only the beginning of her motherhood journey, but Ika is determined to spread awareness about the importance of breastfeeding.

To her, mothers shouldn’t be made to feel like breastfeeding can be dismissed because formula milk is readily available.

“I’ve had people tell me to just give my baby formula milk just because they don’t want to wait for me to express my milk during filming, ” relates Ika. Ika, her husband Muhamad Zaid and son Noah“These kind of situations that I’ve been facing make me realise that I need to keep on spreading awareness, especially to those who are involved in filming so that it is going to normalise pumping milk on set for actresses.

“We have smoking breaks. Why not pumping breaks?” she adds. It was so important to her that she included a clause in her shooting contracts on being given time to express her breast milk for her baby.

“I need a 20-minute pumping break, every two to three hours. Guess what? So far everyone has been very understanding, ” she says.

This month, she reflects on the mothers in her life and the lessons they have taught her.

“My mother, my mother-in-law and my late grandmother’s behaviours towards their children are a great inspiration to me, how much they taught them and cared for them, ” she says.

As a tribute to mothers on Mothers Day, we spoke to three personalities in different stages of motherhood about their experiences, lessons from their own mothers, and what they’ve learned in their individual journeys.

Emma Tosh, 27, has been performing since she was 14, most recently in the Enfiniti project Ola Bola The Musical, and a dancing and singing show Dansa dan Sing on Astro.

“All my life I have been dancing and I studied dance in the National Arts Academy (Aswara) for five years, ” says Emma.

“I graduated with a Diploma in Dance and a Degree in Dance, majoring in Performance. I’ve been performing professionally for about 10 years.” Last year, she welcomed a baby girl named Thea Inara (now 15 months) with husband and fellow performer Muhammad Fazrin Zainudin. As a performer the hours can be demanding but Emma takes it in stride.

“I guess it’s just the passion. It keeps me going. It’s a lie to say I don’t have my down days, I do. Sometimes I think to myself; why choose to be a dancer? But when I start dancing, I know it’s because I love it. It’s a part of me. A plus point for me is to be married to a dancer as well. We exchange knowledge on dance, and when it’s a day I feel useless he’d pick me up and make me realise it’s what I love to do.”

Her motherhood experience has had its fair share of revelations, but Emma absolutely loves it.

This Mothers Day, she will be having a low-key celebration with a home-baked cake with her husband and child.

“I’d have to say figuring out what she wants, ” Emma says when asked about the challenges she’s faced. “It was very tough for me in the beginning. I would consider myself as a young mum, and with no experience at all... I struggled. But as time goes by, I’m slowly getting the hang of it. Of course, with the help of family and friends on baby duty.”

Her advice for new mums would be to go with the flow. Emma on a dive trip.“Don’t try to be the perfect mum, no one is! Be the mum you want to be. Think about how you would want your mum to treat you, and you be that person. It will all be fine.

“There will be days you’d feel like running away and just scream, that’s okay, but when you look at your precious baby, you’ll know it’s worth it, ” she adds.

If there’s one thing she could change about how society views working mums, it would be judgement on how one raises her offspring.

“Let her do it her way. So be it a working mum or stay-at-home-mum, it’s her child and she knows what is best for her and her child, ” she says.

Being a mum herself, she thinks back on the life lessons passed down to her from her own mother.

“Follow your dreams. My mum taught me this. And, I am living my dream as a dancer. A supportive mum... and that is what I shall be to my child, ” says Emma.

She loves nature, outdoor activities. "Scuba-diving to be exact. Besides dancing, I have a huge interest in diving. Currently I am a dive master and hope to get my instructors license soon. Hopefully when the pandemic is over, I plan to do a dive trip package (divers and students), once a month and just share my passion with other divers out there.”

Every day is Mothers Day

Mother’s Day: My mum is the wind beneath my wings

Mother’s Day: She’s the queen of his heart 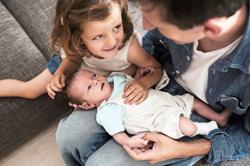