Year of the Pig stamps belonging to collector Johnny Lowis.

Veteran stamp collector Johnny Lowis, of Singapore, has been collecting stamps for a very long time – in fact, since his student days in England.

“I am Chinese, and I was born in Indonesia. I graduated from De Monfort University (in Leicester, England) and am a professional graphic designer,” says the 68-year-old.

“I have been collecting stamps since I was 20 years old. Collecting stamps is one of my main hobbies. I have about 980,000 stamps in my collection, with a thousand over stamps on the Pig.”

His favourites are the Zodiac stamps and the Queen Victoria collection.

Ever since his daughter was born – in 1990, the Year of the Horse – Lowis has been focused on accumulating stamps that feature the 12 animals of the Chinese zodiac. In his collection are sets of stamps for the Year of the Goat, the Cockerel and the Monkey, to name a few.

Lowis says that he has been collecting “Pig stamps” since 2005. “Most of the stamps, either I exchange them with my 230 overseas stamp collectors or purchase them online.” 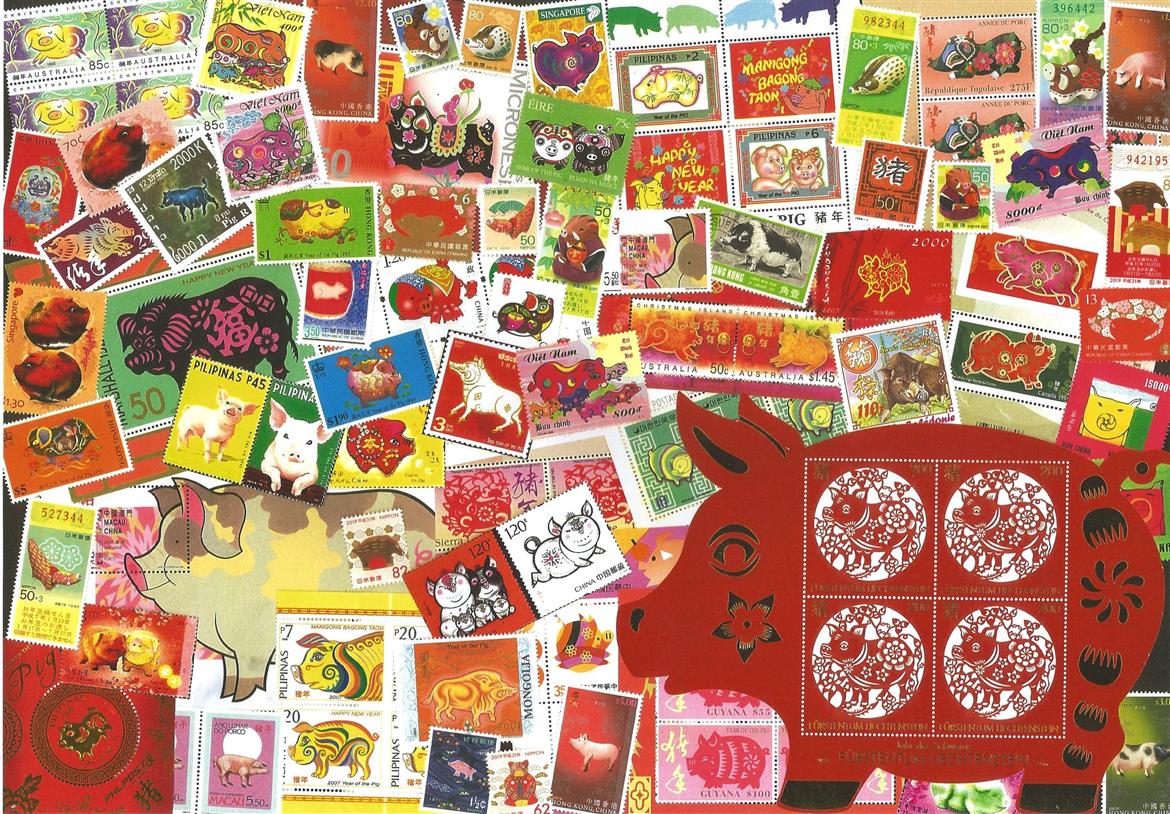 Year of the Pig stamps belonging to collector Johnny Lowis.

He says that an inexpensive way of getting stamps is by buying them in bulk, say, in 10kg parcels. He then sorts out the stamps, keeps what he likes, and then sells or exchanges the rest with other collectors.

The stamps in his current collection have cost him anything from 20 cents to a few thousand dollars apiece. 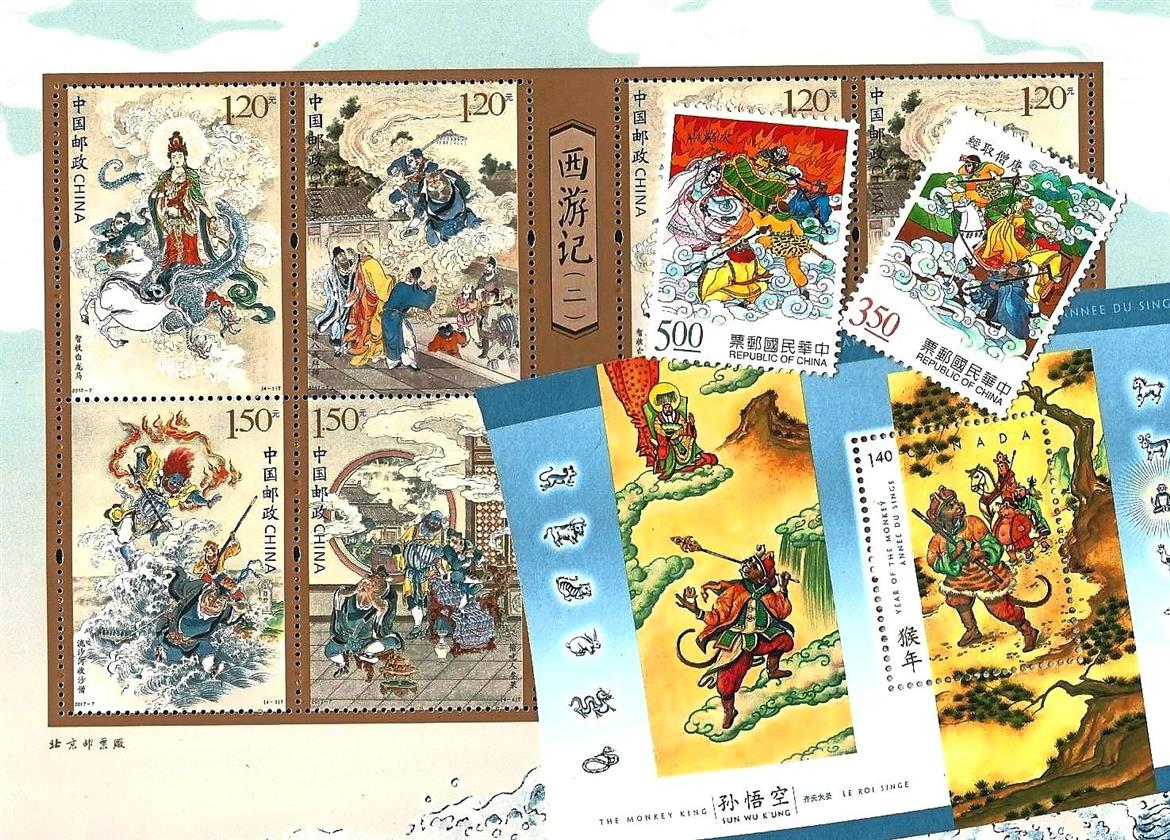 The mythical character of Zhu Bajie in Journey To The West, in stamps.

Lowis does not merely collect stamps. He takes it a step further by creating A4-size presentation albums to hold his treasures, complete with write-ups.

He has spent much time to research and write about the various pig breeds found in different countries, pig farming, wild boar hunting, and the various dishes or food items made from pork.

He also has stamps depicting pigs as lovable cartoon characters, such as Piglet in Winnie The Pooh, Pumbaa the warthog in The Lion King, Hamm the piggy bank in Toy Story, and Porky Pig in Looney Tunes and Merrie Melodies cartoons. Not forgetting the mythical character of Zhu Bajie in Journey To The West. 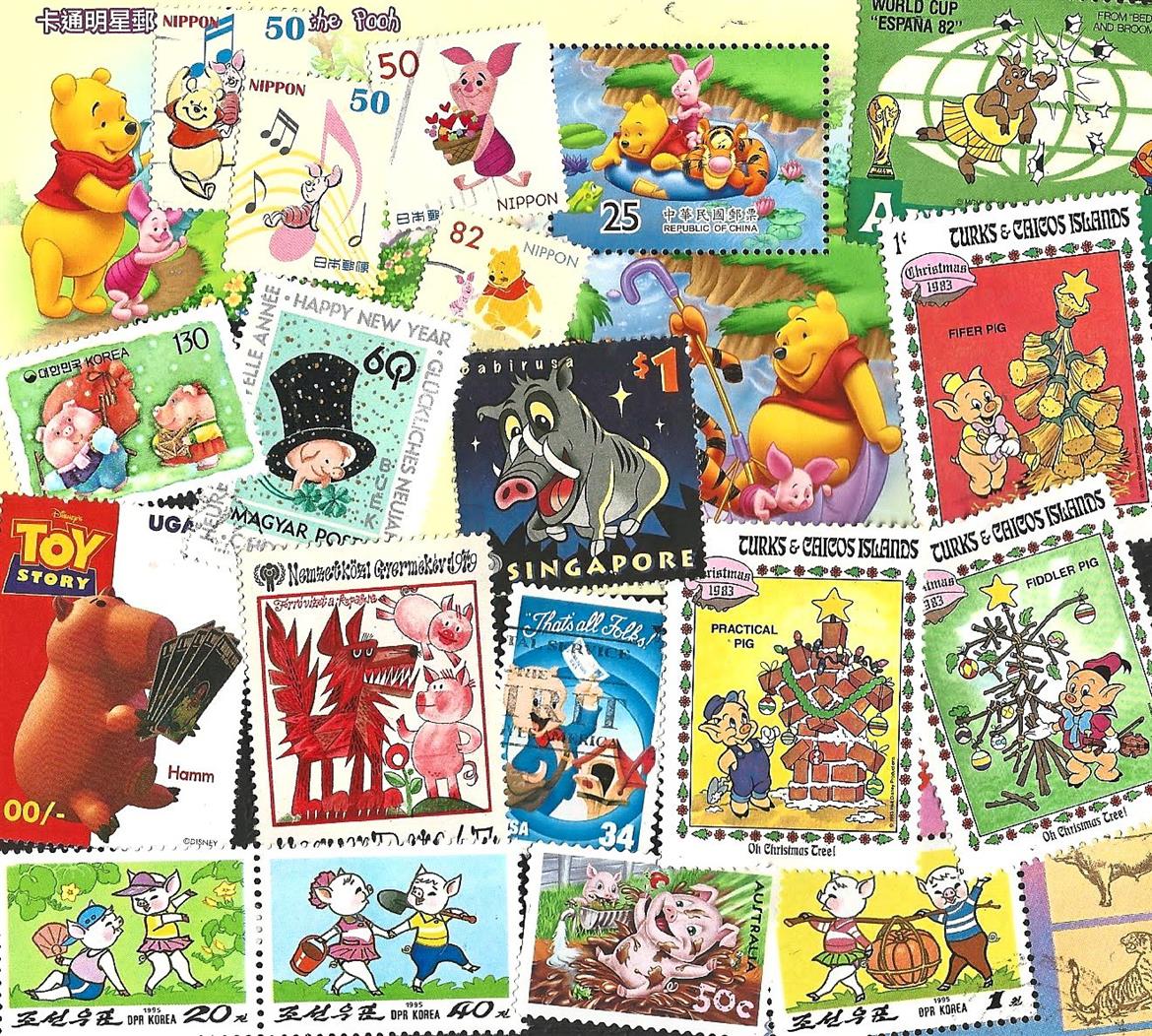 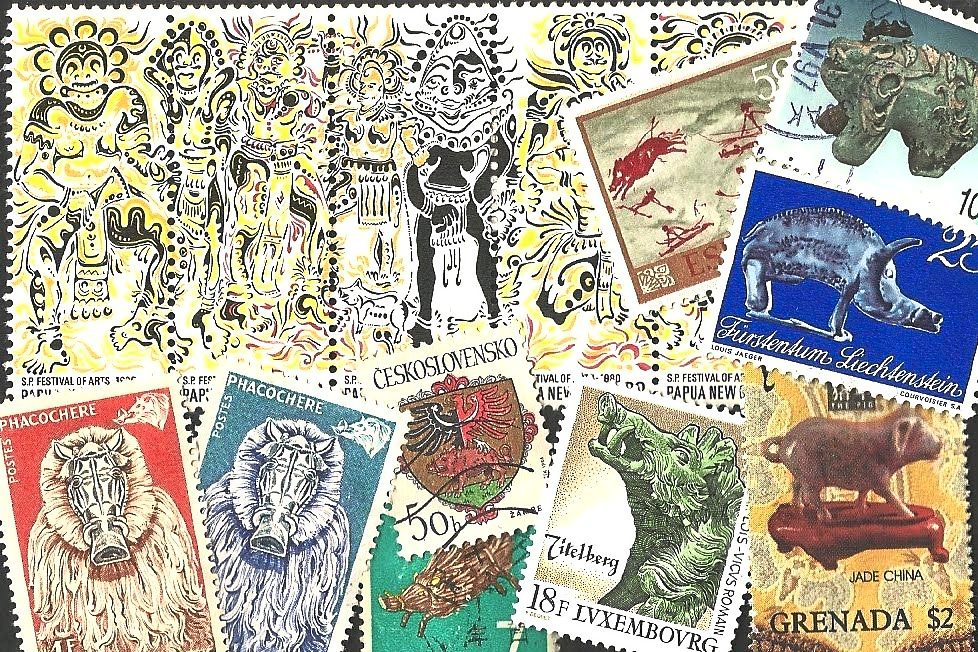 Stamps of pigs depicted in works of art (paintings, figurines, sculptures, even coat of arms). 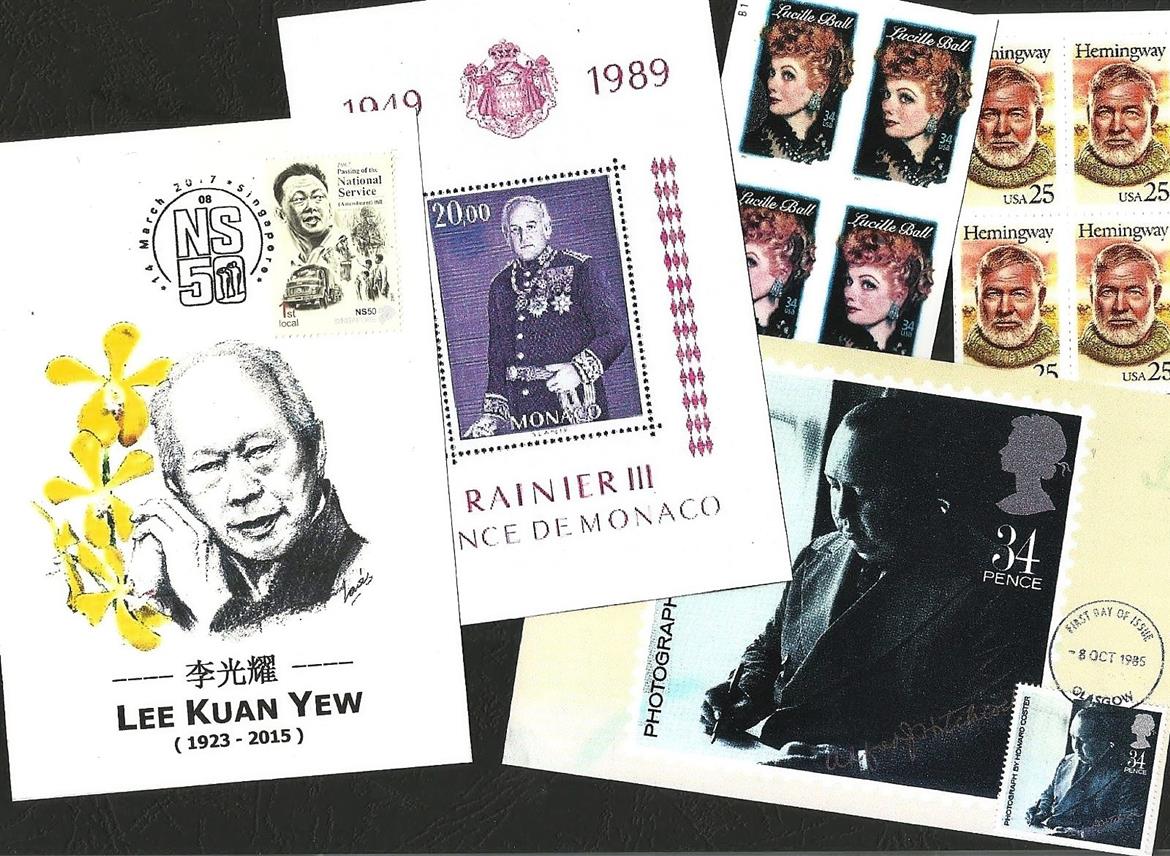 Some famous personalities born in the Year of the Pig.

“I value this ‘Pig’ collection at about S$11,000 (RM33,450),” he says, adding that this takes into consideration the time spent on this hobby, including research and write-ups done. “So, I may release it for any reasonable, good offer.”

His stamp collections have been exhibited at the Singapore Philatelic Museum, and in stamp clubs in various countries. Part of this “Pig on stamps” collection will be exhibited at Shenzhen Book Centre in China, in the middle of this month.

Lowis can be contacted by email at johnlowis@singnet.com.sg