Actress Rebecca Lim gets downright gritty in 'The Bridge'

Singaporean actress Rebecca Lim is pretty ecstatic with her gritty action-packed role in the Asian remake of the Scandinavian hit series The Bridge.

It is an investigative crime thriller that revolves around a high-profile murder case where two detectives, one from Malaysia and the other from Singapore, have to work together to investigate the mysterious circumstances of a body found on the border of the Malaysia-Singapore Second Link.

Lim, 32, plays the no-nonsense Singaporean detective Serena who has to team up the Malaysian Detective Megat played by Bront Palarae, 40.

We caught up with Lim in August while she was shooting scenes from both the Malaysian and Singaporean detective headquarters at the Art Deco-style historical building now known as Wisma Ekran (originally the Anglo-Oriental Building) located at the junction of Jalan Tangsi and Jalan Parlimen in Kuala Lumpur.

Emerging from the makeup room bright and early in the morning looking all sunburnt with countless freckles dotting her nose and cheeks, Lim described how the “no makeup look” for her character Detective Serena took 40 minutes to put on. 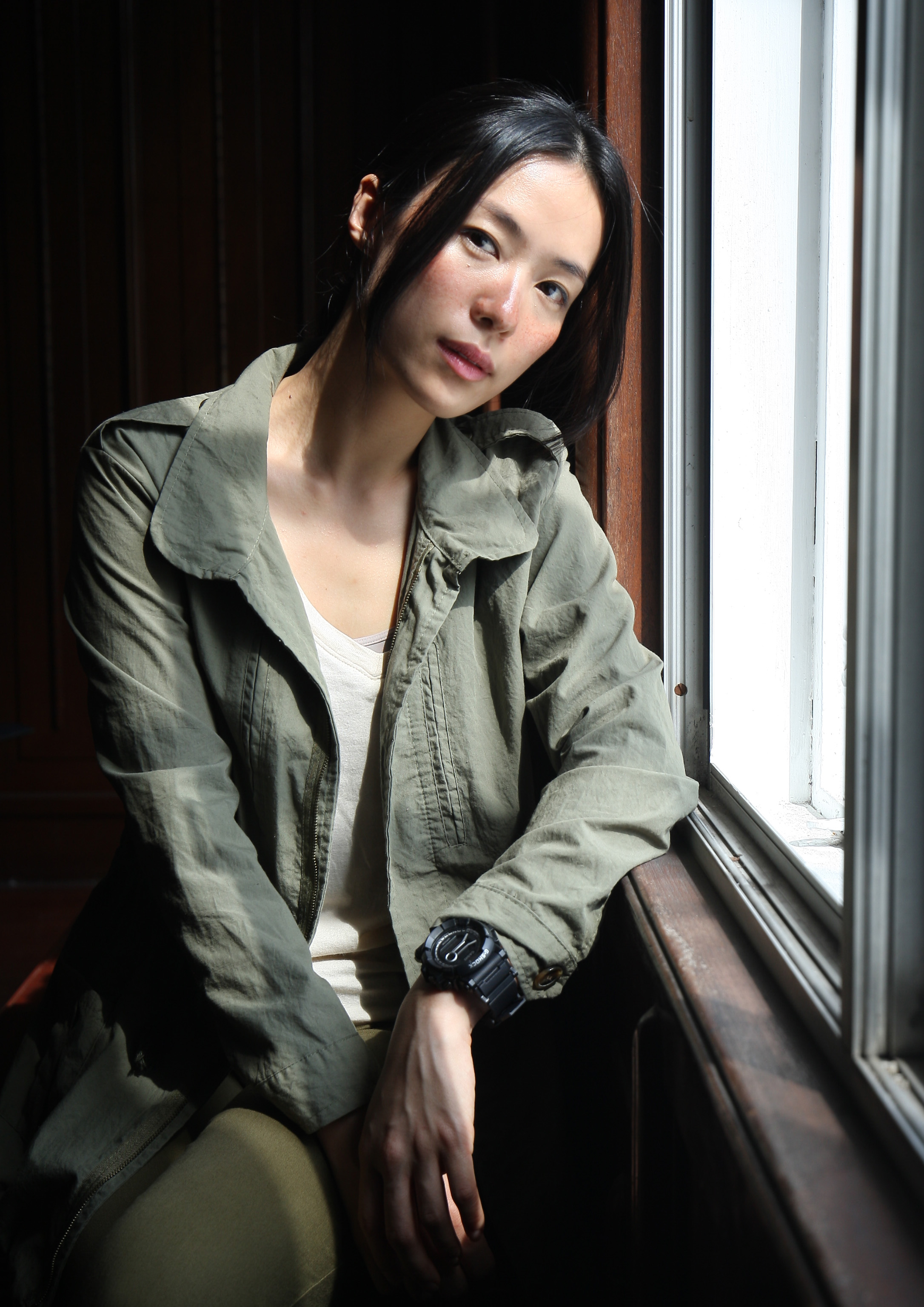 “In fact, she doesn’t know how to deal with emotions. She’s a straight talker. She says whatever comes to her mind. And, she is socially awkward as well. When you give her something, she doesn’t say thank you. She doesn’t look you in the eye.

“If Serena were someone who had to survive in the real world, I would really worry for her. Because, she isn’t a likeable person.”

Lim added: “It’s challenging playing someone like that, a very quirky and awkward character. Someone who is pretty much the opposite of who I am as well. The character is very difficult to play, because there’s a very fine line between annoying and awkward.”

But what got her adrenaline pumping, Lim gushed, were the action sequences. “I’ve never done such huge fight scenes before. And, it’s pretty cool that there are scenes where I have to fight with big-sized men.

“It’s not often seen in TV shows where women fight against men, and then there is a 50-50 chance that anybody can win.

“So, it’s very empowering for women as well, and that’s very exciting.”

Lim said the most unforgettable fight scene – which is only a two-minute sequence – took almost an entire day to film.

“I did a lot of training, and practised my moves. But, sometimes my reaction is a bit slow, so I get hit in the process. Despite wearing padding, we still got injured. I ended up with lots of bruises and body aches after each shoot,” she remembered.

Yet, the soft-spoken actress said she enjoyed every minute of the shoot as it allowed her to explore a new genre.

In any case, Lim’s gentle demeanour belies her tough cookie persona. Thanks to her background in sports during her schooling days, Lim said she took to the action scenes quite easily.

“I think for these kind of scenes, you just have to get into it and not worry too much about whether you’ll look ugly.

It was also a welcome change for Lim, as she said her recent roles in Singapore have been the “goody two shoes, happy-go-lucky, girl-next-door type”. 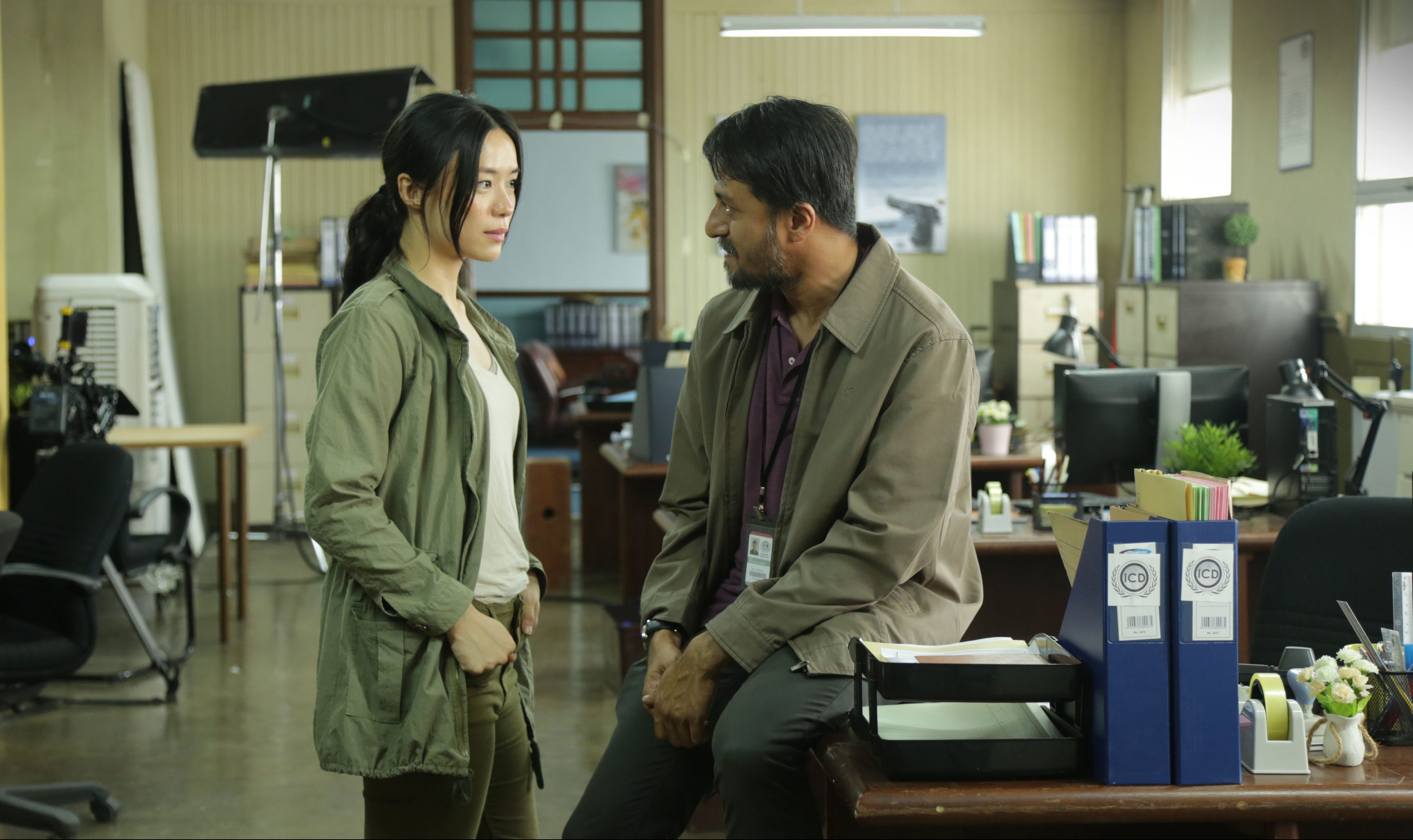 So,when she heard about the Asian remake for The Bridge, Lim said she was gunning for the role.

“For actors and actresses in Asia – and I speak for Singapore – we don’t have genres that are so gritty, and so willing to touch on sensitive topics like human trafficking and spousal abuse.

“I’ve seen the original series and it’s very good. So, to know that it was actually going to be done in Asia, I was actually very excited.”

In the original 2011 drama series (titled Bron in Swedish and Broen in Danish), a corpse that was found exactly in the middle of the border between Sweden and Denmark turns out to be two halves of different bodies.

The drama is mostly in English with some Malay, Mandarin and Cantonese dialogues.

Actress Rebecca Lim gets downright gritty in 'The Bridge'