Sakiah Sulidan, a pineapple farmer and member of the Kg Kiau Nuluh Enterprise says anyone can rise above their difficulties by taking up new opportunities.

The effects of the 6.0 magnitude earthquake that hit Ranau, Sabah in June 2015 were felt not just by those who lost their loved ones up on Mount Kinabalu. Pineapple farmer Sakiah Sulidan, who lives in Kg Kiau Nuluh in Kota Belud – a 10km drive from Kinabalu Parkat the foothills of the mountain – was also in despair.

Besides battling stress and grief, Sakiah was worried about her livelihood.

“Many farmers stayed away from their orchards for fear of after-quake tremors. Our pineapples were left to rot as prices fell as wholesalers and middlemen were not willing to risk making the trip to our village for fear of landslides and further tremors,” recalls Sakiah, 62.

Facing the uncertain days ahead, Sakiah could only pray for help.

The plan was to produce jams, chutneys and juice using sun-ripened pineapples from local farms.

“My sense of security was shattered after the earthquake. I was living in fear. When GSS first proposed the project to us, I was happy to have the opportunity to work with a community of women, and I couldn’t turn down the offer,” says Sakiah.

The pineapple factory was built in her village, with a RM136,000 grant from the Sabah Credit Corporation, a state statutory agency. 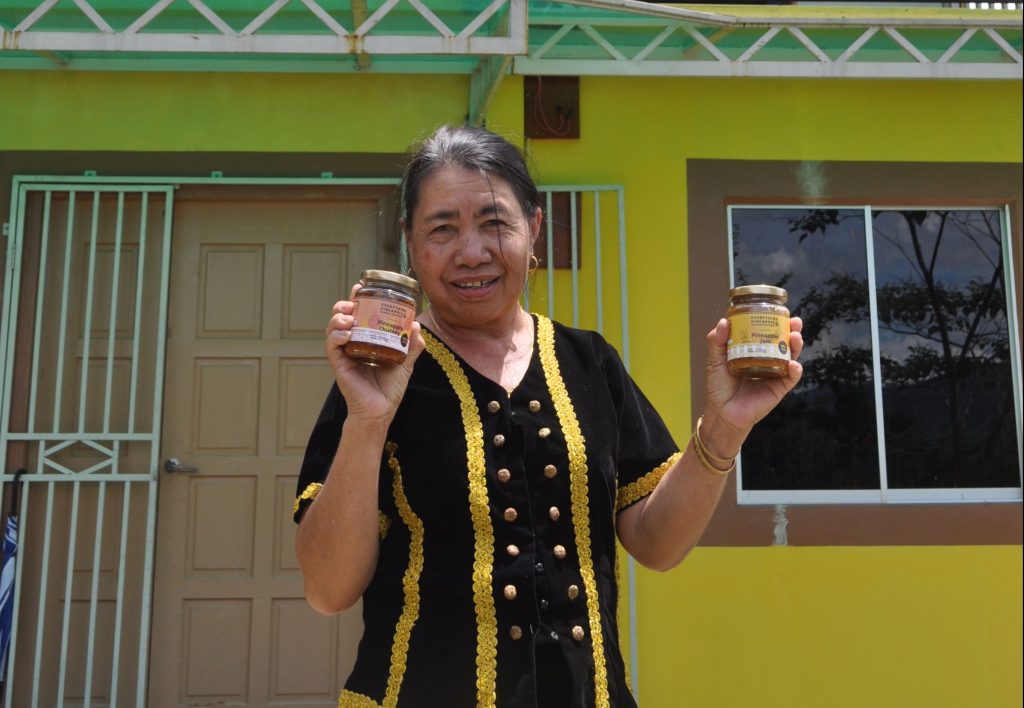 Sakiah Sulidan, a pineapple farmer and member of the Kg Kiau Nuluh Enterprise says anyone can rise above their difficulties by taking up new opportunities.

In Sabah, their products are sold through word of mouth and at various fairs and weekend markets.

KKNE also takes orders for occasions such as weddings. They have also started to expand their sales to Peninsular Malaysia. With the availability of frequent flights between Kota Kinabalu and Kuala Lumpur, KKNE has been able to transport their pineapple delights to West Malaysia.

KKNE now sends their products to Kuala Lumpur once a month, but they will make more frequent shipments when supermarkets start carrying their products.

Currently, 59 women between 28 and 72, each representing a household, are involved in the project. This constitutes 50% of total households in Kg Kiau Nuluh.

Chin adds the pineapple initiative was also set up to encourage entrepreneurship, and build confidence and independence among the women.

“Thankfully, everyone helps each other. Some women entrepreneurs are also lending their expertise in the committee established to oversee the enterprise.

“Some members also attended short courses on entrepreneurship, food production and marketing. GSS also connected KKNE to relevant parties that have contributed significantly to product development and marketing,” she says.

The KKNE women are divided into five groups and assigned various responsibilities such as administration, marketing and quality control.

Some are involved in producing the chutneys, jams and juice. 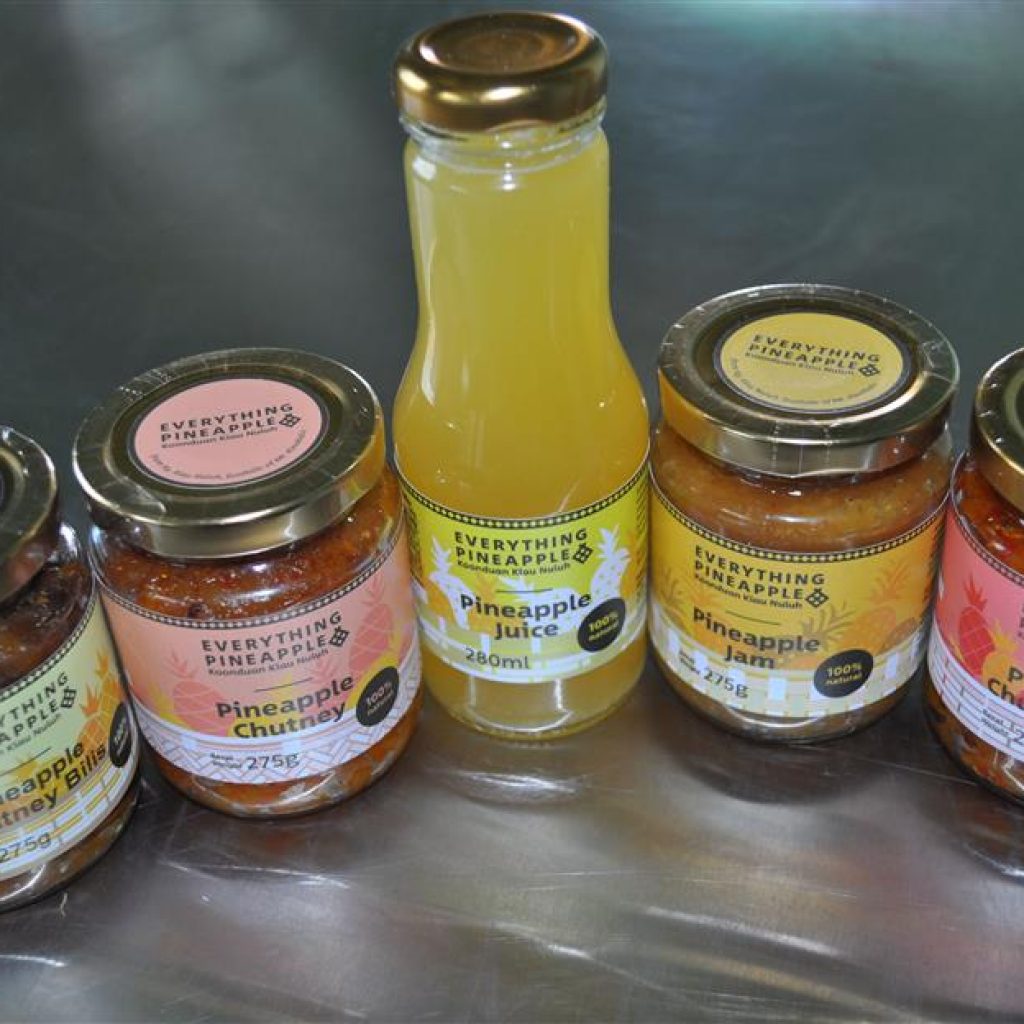 “It’s heart-warming how these women stand united as a group of empowered women who respect each other’s individuality. They share a common vision of establishing a successful enterprise,” says Chin, adding that the women meet twice a month to discuss and decide on matters relating to their pineapple project.

In over two years, their hard work has borne fruit.

“The women could sell the pineapples produced from their farms at a higher market price than that offered by middlemen.

“All the pineapple products that KKNE produces are made with fruits from local farms.

“We envisage that in the near future, the farms in the neighbouring villages will also be a pineapple supplier to KKNE. At the end of the year, a dividend is paid out to the women. This is particularly helpful to women who have school-going children as there are school expenses to be met,” says Chin.

Apart from economic benefits, the community is also reaping other rewards such as stronger community ties and a greater sense of belonging.

“This project adopts a community-based approach and requires the women to work corroboratively as a unit,” adds Chin. GSS is in the midst of identifying a suitable location in Kota Kinabalu for an ‘Everything Pineapple’ outlet, selling KKNE products. There are also plans to sell KKNE products online.

Life has taken a turn for the better for Sakiah. She is able to earn a stable income, which gives her confidence and security.

Recently, she treated herself to a pair of dangling gold earrings with her KKNE dividends.

“The earrings are my most priced possessions. I wear it everyday and proudly tell my story to visitors at our factory.

“These earrings symbolise hope and success. It is to remind me that we can rise above our difficulties by taking up new opportunities,” says Sakiah.

AirAsia and Mah Sing are the main partners of The Star’s WOW-Women do Wonders campaign, with SASA as co-sponsor.