This Sarawakian woman plays the sape, once only played by men Alena Murang is well-known in the traditional Sarawakian music scene. She says that the sape was once considered sacred and used by shaman as part of healing rituals or to call on certain spirits. Filepic

When Alena Murang first picked up the sape, it was so that she and her cousins could continue with their traditional dance lessons.

“Some of us wanted to dance with different types of rhythms but we only had one CD at the time and the sape player was not always available,” said the creative Kelabit lass, adding that she never intended to become a sape player.

From someone who once stood in for the absent sape player, Alena has become a recognisable face in the traditional Sarawakian music scene, and she continues her work to promote appreciation of the serene melodies produced by the traditional stringed instrument played mainly by the Kayan and Kenyah communities.

According to Alena, the sape was once considered sacred and used by shaman as part of healing rituals or to call on certain spirits.

It was held in such high regard that even her teacher, sape master Mathew Ngau Jau, had to sneak around to touch the sape when he was a little boy.

However, that taboo is not as prevalent now, after many of the natives embraced mainstream religions, mainly Christianity, and the sape became more accessible.

Alena said Mathew initially also questioned whether he should teach her and her six cousins to play the sape as the instrument was mainly strummed by men.

But seeing that there were very few sape players, Mathew decided to teach them the art.

If anything, learning with the old sape taught us patience to no end, says Alena Murang. Photo: The Star/Joanne Timbuong

A trained musician, Alena had picked up classical guitar and saxophone as a child. But learning the sape came with its own difficulties, especially when it came to maintaining the traditional sape.

“It was difficult to tune, and the frets, which we learned to carve ourselves, would sometimes fall off because they were stuck with beeswax,” she recalled.

Despite all the hassle, she looked forward to every lesson as she could also spend time with her cousins then.

“If anything, learning with the old sape taught us patience to no end,” she quipped.

Cultivating this patience would help her in her quest to preserve traditional Sarawakian tunes, particularly those from the Kenyah, Kayan and Kelabit communities.

Her art has since piqued people’s curiosity about Sarawak and its 40-odd different sub-ethnic groups.

“People tend to think Sarawak is all Iban but in fact, there are differences. For example, Kenyah is a totally different language from Kelabit,” she said.

She regularly travels between her base in Kuala Lumpur and her home state to learn songs from community elders so that they can be passed on to a new generation of music lovers.

Some of the songs, she said, use archaic words and contain deep messages which can be interpreted differently by different people.

One thing that amazes Alena about the sape is how it is played to its own beat. She discovered this uniqueness when she was constantly told that her beat was wrong, during recording sessions. She tried to conform to beats regularly used in western music but it didn’t feel natural.

Her assumption was confirmed by a drummer in a band who played with two sape players.

“Drummers usually set the beat in a band but when there are sape players, they lead instead.

“It can be played to fit conventional rhythms but why should we, especially when people want to enjoy the natural rhythm?” she said, adding that she strives to make her brand of music likeable while retaining its originality.

This year, Alena hopes to use the digital approach more regularly to keep traditional Sarawakian music alive and get younger Sarawakians interested in it.

“I appreciate traditional methods but I realise that music videos, documentaries or even one-minute snippets are more effective and have better reach,” she said.

This Sarawakian woman plays the sape , once only played by men 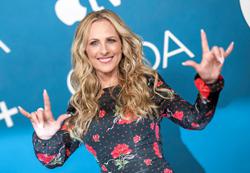 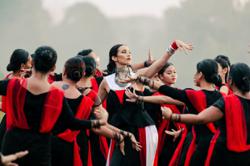