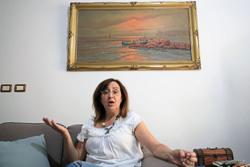 Lyndon Fernando has been tinkering with Volkswagen Beetles since 2006. Photos: The Star/Low Lay Phon

“Everyone said I couldn’t make it without a formal education,” Lyndon Fernando said, resolutely ... and almost smugly, knowing that he has defeated the odds stacked against him. The Volkswagen Beetle mechanic and restorer was never one to ride down the hill, but instead, climb up the mountain. It’s the proverbial tale of the over-achieving underdog.

So good is he at what he does that he’s been flown to Bangkok and Sydney to handle assignments, when clients there could just as easily have procured the services of resident technicians.

Ipoh-born Fernando was bitten by the classic German bug when he was a kid, from the time his dad owned a 1972 1,200cc model.

“Racing generated my interest in cars, and the engineering aspect fascinated me,” said the 28-year-old, who professes classic cars of this ilk are not for the faint-hearted. “Average Joes would not buy a 40 or 50-year-old car. It has always interested me how engineering from then can still function perfectly today,” added the youngster, who began tinkering with these cars in 2006.

After stints as a chef (he has a certificate from the Food Institute Of Malaysia) and bartender, the calling to get his hands greased and the sound of whirring engines was too difficult to resist.

Fernando’s automotive education went as far as exploring a book from which he gleaned the fundamentals, like “not to tighten things too tight,” with the rest of his life lessons arriving via his dogged determination to prove his detractors (and car snobs) wrong.

He offers a variety of services, everything from basic servicing (oil change etc), to simple repair jobs like fan-belt change, right through to complete engine builds (and rebuilds ... when he has to tidy up previous hack repair jobs).

Dealing with customers who want a half-century old car looking like it just rolled off the assembly line is a tricky proposition, but he accepts it as the nature of the beast and does the best he can. “If I’m provided used spare parts, there’s only so much I can do to make it look new.” His parts are sourced from as close as Batu Caves to as far flung as the United States, and contrary to popular belief, almost everything is available, what with retro repros these days.

Through the course of his work, he’s seen the good, the bad and the ugly side of Malaysians, and while none seem to faze him, he likes the good best: “I’m grateful that I’ve earned my reputation through word of mouth, and it’s nice that there are people willing to trust me based on this endorsement.”

The next time you see a vintage 1969 1300 Volkswagen Beetle being valet parked, rest assured that kind of unflinching lavishing of love for a classic can only be Fernando’s. And yes, he likes those Herbie movies, too.

In Lebanon, strangers are chipping in to help others in small but meaningful ways
Heart and Soul: When a doctor loses his life to Covid-19
Malaysian red paper-cutting artist keen to preserve the traditional art form
Iraq's last gas cylinder singing deliveryman dreams of stardom
Woman donates kidney to hubby’s ex-wife two days after marrying him
After being featured in 'One Good Thing', volunteers keep on giving
Para athlete teaches dribbling and diversity to Italian kids
Heart and Soul: Growing up with my brother
Malaysian law student helps the needy through food bank project
Heart and Soul: This Penangite was a scout leader aka an Akela