Are you following these top Malaysian female celebrities on Instagram?

International Women's Day is a global day to celebrate women’s achievements and it takes place on March 8 each year.

This year, Star Media Group is marking the whole month of March as "International Women's Month".

Star2.com will be paying tribute to women through our WOW-Women Do Wonders campaign and we want you to join us by sending in stories and pictures of the women in your lives.

What are celebrities without the support of their fans? And what better way for them to connect with their fans than through social media platforms like Instagram?

Whether they’re sharing what they’re having for breakfast or the most pivotal moments of their career, the photo and video sharing app gives fans a feeling of closeness to their idols.

It’s interesting to note, too, that female celebrities are running the Instagram world. Pop star Selena Gomez is the most followed person on Instagram with 111.8 million followers, followed by Ariana Grande (98.4 million) and Taylor Swift (98.2 million).

Here are the top four Malaysian female celebrities who are commanding the most attention on Instagram.

With 4.5 million followers, Nora Danish (@noradanish) tops the list as the most followed local female celebrity on Instagram.

The 35-year-old beauty, who first came into the spotlight in 2005 when she led the cast of TV3 drama Puteri, believes it is important to have a strong social media presence.

“My Instagram account gives the world and my followers a sneak peak of my professional career and personal life,” Nora tells Star2. “Sometimes I feel like I post too much but I guess doing so makes my account interesting for my followers.”

Indeed, Nora posts so frequently she has clocked in more than 17,000 posts, more than anyone on this list. As many of her fans are from different parts of the country and the world, she believes posting regularly is one of the best ways to stay in touch with her followers.

Besides connecting with her fans, the actress-entrepreneur admits social media is a tool to promote her professional career.

“Social media is undeniably a very powerful form of marketing. Yes, it has directly and indirectly helped my acting and business careers,” says Nora who has a clothing line, OWL by ND, and will be starring in an upcoming film, Makrifat Cinta.

Her makeup ideas, hairstyles, selfies and festive posts usually get the most likes. Last year, Nora posted a video demonstrating how to wear her new hijab which features a front zipper. It went viral and some netizens made fun of the new design.

“People’s negative comments are just comments until you decide to react to it. But until then, they will just stay as opinions,” she says on dealing with negativity on social media. She views some criticisms constructively as they can “help me improve myself.”

“I employ all kinds of avenues to inspire my followers but I have to agree that social media is one of the most effective methods,” adds Nora, a single mother to eight-year-old Putra Rayqal Ramli.

Neelofa is a woman who wears many hats. She is the founder and director of popular modest fashion label Naelofar Hijab. BBC reported that the label raked in a staggering RM50mil in profit in 2015. A Bernama report published in 2016 stated that Neelofa, 28, is set to open a Naelofar Hijab boutique in London, England.

Neelofa is also the co-host of the weekly entertainment news programme MeleTOP on Astro. She was the star of Suri Hati Mr Pilot, a romantic drama which achieved a phenomenal rating of five million viewers when it aired in September last year.

She was recently appointed as the first hijab-wearing ambassador for international watch brand Titan, an acclaim she holds dearly to her heart.

“It’s a big thing for me. It means a lot. I’m not just representing Malaysia, I’m also the face for Islam, my religion. I want to prove that wearing the hijab is not an obstacle for woman to move forward in life,” she says during an interview in Kuala Lumpur.

When she made the decision to don the hijab back in 2014, Neelofa admitted that she was afraid it would lead to limited acting and hosting gigs. But it was through her social media account that she got an affirmation that everything will be okay. In fact, it got better.

In an interview in 2014, she shared that she gained 70,000 new followers on Instagram (@neelofa) after news about her then new image broke.

Today, she has over 4.3 million followers. With all eyes on her, it’s no wonder that Neelofa puts a lot of thought into her postings on Instagram.

“I see it as a platform to inspire others. I want my post to have values. It’s not just ‘gambar cantik’ where the lighting is on point and what not. I want it to be more than that. I always think about what can people take away from my Instagram page. For myself, it’s a also reminder to be a better person everyday. ”

She admits that she has a team of copywriter and content provider to help her with social media.

“I can’t do it all on my own. Some days, I’ll be too busy to even look at my phone. But everything has to be approved by me before it goes online.”

Some of her #morningmantra or #ilofayou postings where she uploads messages about positivity and self-belief can get up to 30,000 likes. She has also uploaded some brainteasers as a way to interact with her followers. Neelofa also proves that she is not afraid to poke fun at her own picture-perfect image. She often upload awkward snapshots of herself and caption it as meme with the hashtag #lofagonememe.

Being able to make fun of herself helps Neelofa deal with naysayers or trolls on social media: “You have to know who you are first then you will feel okay with others who have negative things to say to you. I don’t feel ‘pening kepala’ over negative comments. I can just delete it or just scroll past it.”

Neelofa is game for anything when it comes to social media postings: “I always look at the patterns of the views or likes to see if there is anything I can do differently. I always try to improve on my part.”

Offline, Neelofa also believes in being a positive role model for her huge following, especially her female fans.

“There are a lot of things I want to say to my female followers. From the things I do, I strive to be different and fearless. That’s why I pick projects wisely. Whether its acting, business or hosting. So when I reflect on it as a message to my fans to believe in themselves as well, I’ll be satisfied knowing that it was a meaningful thing to do.”

Siti is one of Malaysia’s most beloved singers and hence it comes as no surprise she has such a strong Instagram following. The Dirgahayu hitmaker often shares videos of her performances and promotes her cosmetic and clothing line SimplySiti and Creacion. But the real draw to her Instagram account are her postings outside of work.

Siti shows followers there is a different side to her vocal diva status. The 38-year-old singer documents her daily routine, from working out to preparing meals (she recently made curry puffs that looked like they were to die for!). She often photographs without make-up and is dressed in casual attire, too, which gives us the impression that she’s really just like everyone else.

Meanwhile, Scha, whose foray into showbiz began when she won beauty pageant Dewi Remaja in 2005, evokes a sense of glitz and glam on her Instagram page.

The Urusan Hati Cik Drama Queen actress’s fashion sense is always on point, whether she’s working a glamorous gown for a photoshoot or sporting edgy streetwear during a day out with her family.

The 33-year-old actress is married to TV host Awal Ashaari and is a mother to two-year-old Lara Alana. Awal and Lara have a strong social media presence themselves (3.1 million and 2.6 million Instagram followers respectively) which suggests Scha’s family life is a big part of her Instagram account’s appeal.

It’s nice to watch her raise her young family, which comes off just like any other, only a lot more well-dressed.

Are you following these top Malaysian female celebrities on Instagram? 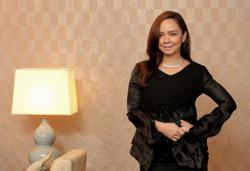 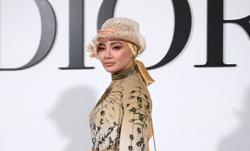 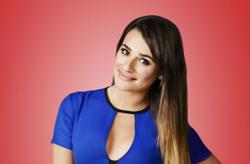