This collector has over 10,000 vintage toys

Spot Lion-O in the Thundercats cast of characters.

Had he owned or acquired the Sword Of Omens, he might have had sight beyond sight, and life could have turned out differently for Koay Chong Seng.

Instead, his first and favourite Thundercats toy figurine, Lion-O, didn’t come with its customary weapon. And that’s why this 40-year-old’s home is now bursting at the seams with thousands of toys.

Welcome to the world of the avid, religious and unapologetic toy collector.

Koay built his “harem” on determined aspiration, and a little motivation from a dismissive toy store sales staff. “I picked up a Lion-O, and he reprimanded me for touching it,” Koay said, recalling that time when he was 12, and hoping to have a tactile experience with his hero.

With his parents’ average earnings, a Thundercats toy was always going to be a luxury item in his household. Undeterred, during the school holidays following the conclusion of his UPSR examination, he worked at banquet events and earned enough (RM25 per day) to return to the store and purchase his beloved, maned character. And thus began his unending love for these playthings.

Koay Chong Seng began collecting toys from the time he was 12 years old.

Thundercats remains his favourite collection, though Transformers toys are not far behind, and with the number lined up (and piled up) at his home, it’s obvious he’s a connoisseur of both. But within this mind-boggling and extensive assemblage of toys, Koay also has figurines from lesser-known cartoons, like M.A.S.K., Centurions and Voltron.

His collection now stands at 10,000-odd toys, with his oldest pieces being his prized Godaikin figurines, which date back to when the Japanese anime was popular in the early 1980s.

“They’re from 1982,” he said, providing the accurate age of his towering robots.

He began acquiring these toys from the likes of Kathy’s Toys in the old Jaya Supermarket in Petaling Jaya and Kimisawa in Yaohan, The Mall, in Kuala Lumpur.

Fortunately, the nature of his job in the AV line has accorded him the opportunity to buy on his travels, too. “I travel in Asia largely, so, whenever I get the chance to pick something up, I buy what I can,” he shared, with a toothy grin.

To date, Koay reckons he has spent between RM300,000 and RM400,000 on toys, a statistic he’d probably like concealed from his missus! But there is grace in his spending too.

“I buy quite a bit from charity auctions, too, which tend to be held on a monthly basis. The proceeds from these auctions go to foster homes, so, my purchases help the needy,” he proudly revealed.

These Godaikin robots are some of Koay’s most coveted in his collection.

Voltron, pictured here with his pilots, was a top-rated syndicated cartoon back in the mid 1980s.

And if these toys seem like an environmental hazard to the uninitiated, he says that they can even be recycled. “Each toy is at least worth the manufacture of a plastic food container.”

He may have spent more than loose change on his undying passion, but Koay’s entire collection is worth much more than his investment, with an estimated figure of between RM500,000 and RM600,000.

For an avid collector, the buying is the most fun part, but the storage is usually the head scratcher (or hair tearer). A recently-acquired consignment costing RM10,000 has certainly not helped his cause.

“Space management is definitely the biggest headache. So, that is why I always have to make space. But that’s also why I constantly sell parts of my collection ... to finance more toys and make more room.”

Koay does his wheeling and dealing on sales portal Mudah, where he has sold many Thundercats and M.A.S.K. toys.

He rates his A list toys as Centurions, Missionaries and Inhumanoids, and while he loves his Star Wars Millennium Falcon, his Godaikin robots rank right up there as his most coveted.

Contrary to popular belief, this is not a lonely man’s hobby. Far from it. In fact, Koay has a close group of friends who are linked on a Whatsapp group. “There are about 10 of us, and we gather once a month to trade notes. We are mainly collectors of vintage toys,” said the Klang Valley native.

There could easily be a cautionary tale here, but Koay abstains from relating it. Instead, he chooses to offer solid advice on how one can traverse down this path of eternal youth (or reliving youth, more likely), collecting toys of fancy.

“Stay focused. Start by collecting at least half the series ... work on acquiring the more easily available pieces first, then fill in the blanks later.” He should know best, because despite having a healthy Thundercats collection, he still lacks Lion-O’s revered Sword Of Omens. And according to him, he’s not about to throw down the asking RM200 for it any time soon.

As is with life, some things are just not worth it.

Fly-catcher? Finger wrestler? Air trumpeter? If you have a unique, out-of-this world, wacky hobby or passion that you’d like to share, please write in to our hobbies coordinator, Revathi Murugappan, at star2@thestar.com.my.

Drugs in toy boxes are no child’s play 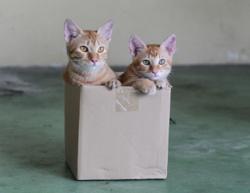 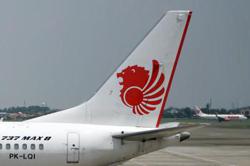