Leaving a promising career in engineering to join an internship with the Government was the best decision Shahrizan Syawal Mohd Adam Das says he’s ever made.

The mechanical engineering graduate from Vanderbilt University, United States, says he was looking for a career that would enable him to have a greater impact on Malaysians.

“How better to do that than with public service?” he says, full of conviction.

So when Shahrizan learnt of the Perdana Fellowship programme from a couple of friends who’d been in it for a year, he decided to throw caution to the wind and apply.

“To many young people like me, working for the Government isn’t the most appealing thing to do. It isn’t glamorous, you know? But it was exactly what I wanted and so I went in,” says the 26-year-old from Kuala Lumpur.

Shahrizan was attached to Datuk Seri Idris Jala’s office at The Performance Management and Delivery Unit (Pemandu), an agency under the Prime Minister’s Department aimed at transforming Malaysia into a high-performing economy by 2020. 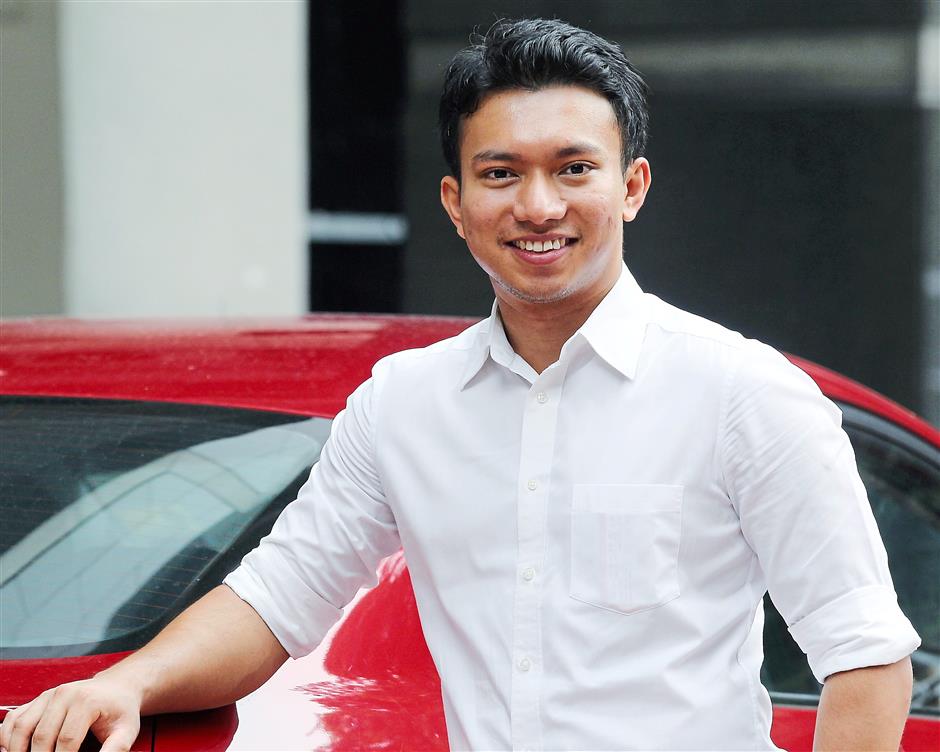 Shahrizan left a promising career in engineering to join the perdana fellowship two years ago and he hasn’t for a moment regretted it.

One of the early projects Shahrizan was a part of during his internship was to come up with solutions to address the country’s impending export deficit.

“Pemandu was tasked to come up with recommendations on how we should tackle this problem and so I got the chance to go to the ground and take part in ‘labs’ to brainstorm for solutions that would be handed to the Prime Minister. The discussions are ongoing and since then, the recommendations have evolved but I was really glad to be a part of it,” he says.

The Perdana Fellowship programme, co-ordinated by the Youth and Sports Ministry, was established in 2013 to help bridge the gap between the Government and young Malaysians. The Perdana Fellows can do internships from six weeks up to six months.

“I think Putrajaya felt out of touch with young people. They needed our perspectives in the ministers’ offices so that national policies and programmes would be more inclusive. I think it’s important because the decisions that are made now are going to affect us young people 20 or 30 years down the road,” says Elaine Sim Ee Sze, a current fellow attached with Minister in the Prime Minister’s Department Datuk Nancy Shukri. 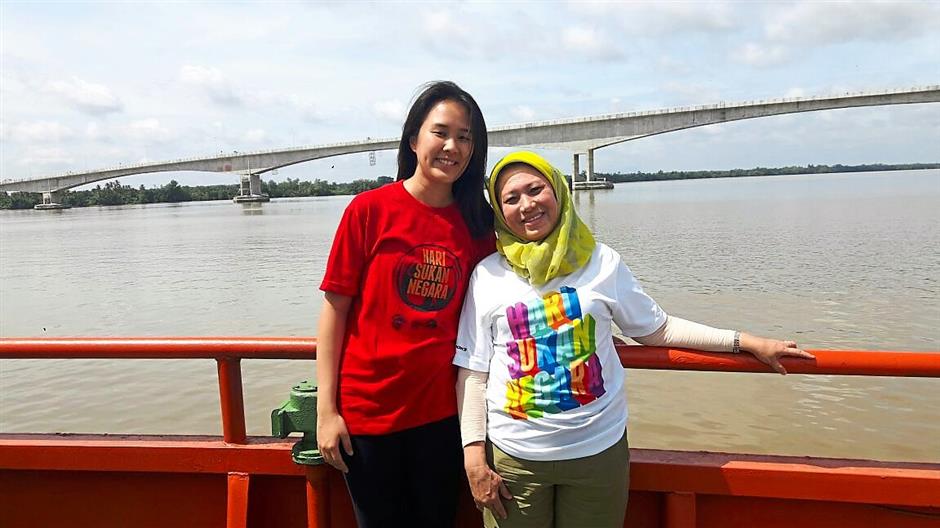 The day-to-day functions and scope of work of each fellow will depend on their mentor minister. Each mentor minister outlines the areas and responsibilities that they would like their fellows to undertake.

Since the programme’s inception, Youth and Sports Minister Khairy Jamaludin has said that 10% of the alumni of the programme is currently serving in the public service while some 40% is pursuing further studies; the rest have joined the private sector.

Shahrizan is among the 10% currently with the public service, as is Ng Jung Kian, also an engineering graduate from the US. 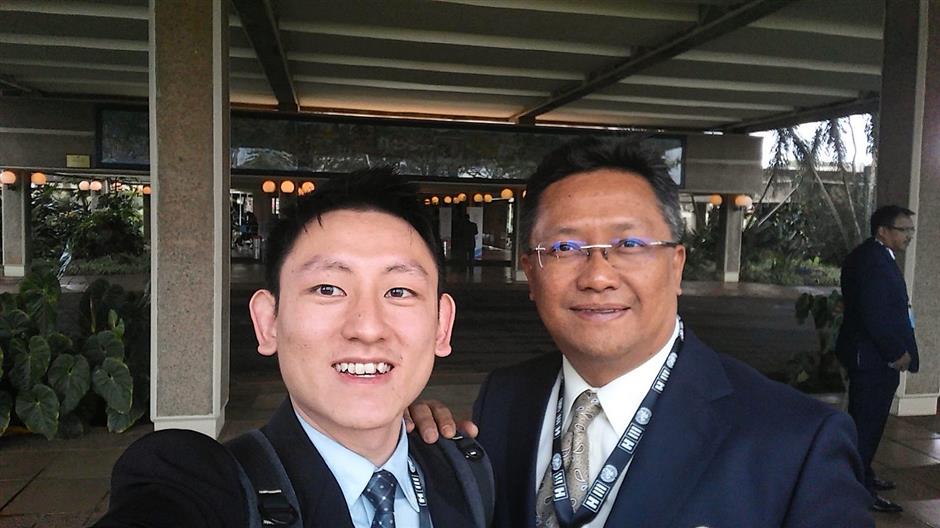 Ng joined the fellowship in 2014 and was placed with the then Urban Wellbeing, Housing and Local Government Minister Datuk Abdul Rahman Dahlan.

Ng joined the fellowship in 2014 and was placed with Urban Wellbeing, Housing and Local Government Minister Datuk Abdul Rahman Dahlan.

“It was very empowering. At the time, one of the things that really concerned me was the issue of imposing a dress code on the public in government agencies. I was very uncomfortable about the whole issue and I raised it a few times with the minister. He listened, thought about it and eventually brought it up in Parliament. This eventually led to the Chief Secretary to the Government declaring that there was no need for a dress code for the public when dealing with government agencies. There is a dress code for civil servants, but not the public as we are an open society.

“This felt really good ... it was as if my voice mattered,” recalls Ng who is currently a special officer to Abdul Rahman, now a Minister in the Prime Minister’s Department.

The fellowship accords these young, bright graduates an opportunity many of their peers can only dream of having, not just to learn about public governance and policy but, in some instances, actually give their input on what youth want and how they feel about issues that affect them.

This is also beneficial to the Government. Without a pipeline of young talent, the government risks falling behind and being out of touch with the younger generation.

The fellows appreciate the privileges they have received and are trying as best they can to speak for their peers – not just urbanites, but the less privileged in the far reaches of the country as well.

“I get the sense that in government, there is this need to please the boss and no one really wants to tell them when they are doing something that’s unpopular. Although they are public figures, our ministers can be quite isolated figures.

“It is a privileged to be working with them and I think they actually want to know what’s happening on the ground. They don’t want us to sugar-coat our comments and remarks, and I think that we can be the voice for those youth who are not as privileged as us. It is a privilege as well as a huge responsibility,” says Sim, a law graduate from the University of London. 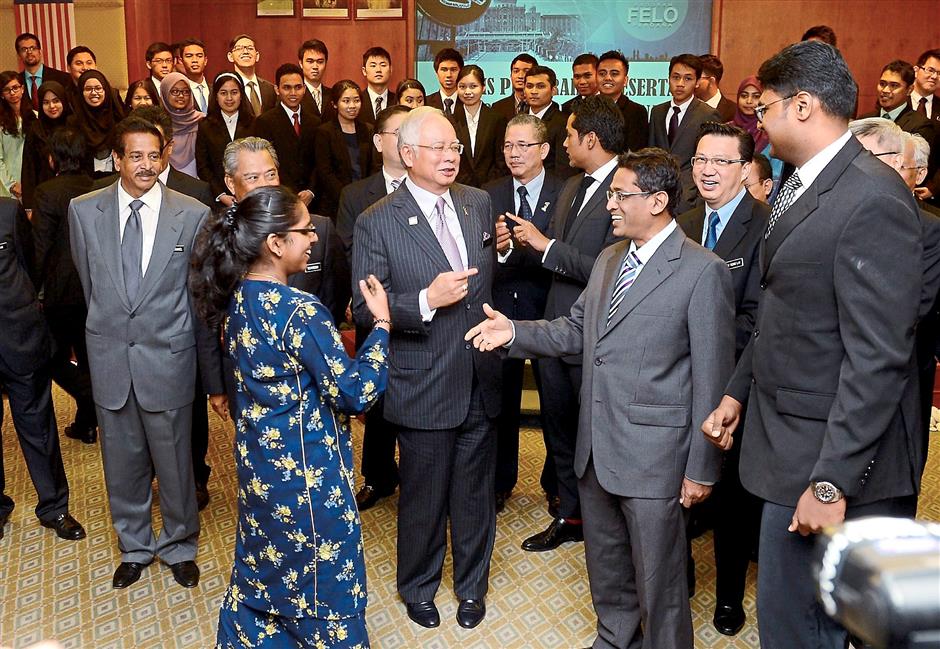 The 24-year-old from Kuching says she learnt a lot about the diversity of Malaysians when she had the opportunity to follow her mentor to the rural constituencies in Sarawak.

“My minister champions development in rural areas. I think it’s a particular concern of hers because she comes from Sarawak where most of the constituencies are rural. I thought I knew what life was like for us in Sarawak but it was only when I followed her to her constituency two weeks ago that I really saw how life is for people. Something so simple as building a bridge for the area means so much,” she says. Ng agrees and says that the fellowship has opened his eyes to life in the interior of Sabah and Sarawak.

“I had visited Sabah and Sarawak prior to this but going in with the minister and his team definitely gave me a new perspective,” says Ng, adding that he saw how much of the interior of Sabah and Sarawak lacks things that urban Malaysians take for granted – from clean water and electrivity to roads and schools.

The Perdana Fellows have the opportunity to intern under Cabinet ministers, including the Prime Minister and Deputy Prime Minister. Fellows like Shahrizan and Ng who have since graduated from the programme have set up an alumni association (of which Sharizan is the president) to “develop the next generation of leaders in the government, corporate and the nonprofit sectors”.

Currently, Shahrizan and his team are putting together the inaugural Youth Economic Forum, a conference to create a space for youth to “have conversations” with policy-makers, politicians, academics and thinkers. The panel sessions at the forum will address a range of topics relating to the Malaysian economy – for example, how far has the country progressed since the Economic Transformation Programme was launched in 2010? What does the 11th Malaysia Plan mean to youth, and why do we need it? Are we on track to achieve high-income nation status by 2020?

“As a fellow I had the opportunity to attend the World Economic Forum this year and it really opened my eyes. I got to see best practices from all around the world. Everyone complains about BR1M but it is practised around the world ... probably the most-targeted solution to helping the poor,” says Shahrizan. “We want to bring that level of discussion to the youth. We want the youth to shift the dialogue from just a political point of view to also an economic point of view. To actually understand the country’s economy and how it is growing. I think it is important to start youth having such conversations as we are the future leaders.”