Krishna has been helping Scawen with the groceries ever since she was confined to a wheelchair. Photo: Stephanie Scawen

If you were to be diagnosed with a chronic incurable disease that could one day see you completely incapacitated and reliant on others for help, how would you react?

Some may descend into a spiral of fear and depression, others turn to friends and family for help, and some may even contemplate ending it all.

For British journalist Stephanie Scawen, her decision was one of acceptance, and moving on with what life might have to offer.

Eighteen years ago, while living in Singapore, Scawen was diagnosed with multiple sclerosis (MS), a neurological disease that affects the way nerve messages are transmitted through the body.

“I thought there was no point worrying about something I couldn’t change, and no point holding out for a cure that may never come.”

Eighteen years on, there still isn’t a cure, though treatment options have improved.

“At the time, the doctors in Singapore were very excited by my diagnosis. I was only the fiftieth MS patient they’d ever seen.”

MS is an autoimmune disease where the body attacks itself. For reasons not understood, the protective covering of the nerves – called myelin – become inflamed and is stripped off the nerve fibres.

When that happens, nerve messages are disrupted or blocked. The exposed nerves can be damaged, and eventually die.

When the attack is over, the myelin can regrow, but will leave a scar that can permanently affect the body – hence, the name multiple sclerosis or “many scars”.

MS is extremely rare in countries that span, or are close to, the equator.

In Malaysia today, there are perhaps no more than 500 sufferers. It’s thought, though not confirmed, that vitamin D plays a part in the disease.

Vitamin D is called the sunshine vitamin because the body makes it naturally in the skin when it’s exposed to sunlight.

So, where there’s lots of sunshine (like Malaysia), the body’s vitamin D levels are high and the prevalence of MS is low.

Indeed, there’s some evidence of increasing MS diagnoses in women in Arab nations, where women are traditionally covered in abayas and headscarves, so their bodies do not have the opportunity make vitamin D.

For Scawen, the diagnosis was just another thing to place in the “pending tray”.

“I was too busy doing other stuff,” she said, like producing an award-winning current affairs show for Star TV in Hong Kong, making a documentary for the National Geographic Channel, becoming a diving instructor, working on a dive boat in Tahiti, and hiking the Inca Trail in Peru for her 40th birthday.

But as with most MS patients, Scawen’s condition gradually began to deteriorate over time.

“Your body begins to run out of routes to detour nerve messages around the brain and spinal cord where attacks on the myelin have happened, so your limbs may become slower or weaker,” she observes.

Two and a half years ago, Scawen made one of the toughest decisions of her life – to begin using a wheelchair to get around. “I could still walk, but I was so slow, a wheelchair was easier and safer.”

Being in a chair though presents a whole new set of challenges.

“I’ve lost count of the number of cars parked in disabled bays because the drivers are too lazy to walk a bit further, or the able-bodied using disabled toilets for a crafty cigarette or to change clothes and do their makeup,” she says.

And it’s no better on the streets – pavements are frequently broken up and uneven, or blocked by parked cars. And the bollards installed on low pavement ramps to deter bikes merely stop wheelchair users (and mothers with prams) from being able to use them at all.

Doing the day-to-day stuff does become more difficult. So, Scawen enlisted the help of fellow journalist M. Krishnamoorthy to help her shop for groceries.

“I direct and Krishna grabs the stuff off the shelves. We’ll then drive back to my apartment and we’ll get the stuff into the fridge or freezer – the places I can’t reach easily.”

Krishna had also helped her as a fixer when Scawen was working as a reporter/producer with Al Jazeera.

“Krishna and I were working on a late night story about soup kitchens in Kota Raya in the heart of KL. And that’s when I got the call about the downing of MH17, so we hightailed it to the airport where Krishna found various Malaysian airlines staff that we could interview, while I was stuck in front of the camera doing live takes.”

Despite being in a wheelchair, Scawen’s lack of mobility has not deterred her from travelling. She spent six months last year working in Kenya, and earlier in May, she was in London to see her father receive an MBE from the Duke of Cambridge.

Her aim is to begin consulting with businesses, workplaces, shopping malls, hotels – anywhere that might host the disabled – to show them how to make these environments disabled-friendly.

“Architects and designers seem to have a flawed idea of what works for the disabled. I see it all the time – even in hospitals, which should know better.

“Yet, some of them have never even asked a wheelchair user their opinion about what they need. I’d like to change that.

“Disabled people have as much to offer the workplace and society as an able-bodied person. We want to do the same things too – like shopping or going to a restaurant. But able-bodied people need to understand we just need a bit more time and help to do things.

Dr Shoba Dharan is a specialist in internal medicine. She has worked with MS patients in the UK, where she was part of a multidisciplinary team in hospitals around Wales and Scotland. 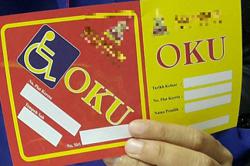 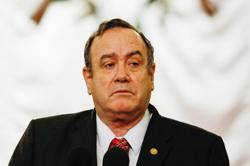