The interns from the first cohort of the My Asean Internship programme. Photo: Nur Hana Mohamed Ariffin

It was the first time 21-year-old Carmen Chong had left her family home and it was not for a holiday together with friends or studying abroad like other school leavers.

She had gone to Cambodia to work as an intern under the My Asean Internship programme, an Asean initiative set up under Malaysia’s leadership as the coalition’s chairman this year.

“Without My Asean Internship, I would not have the opportunity to work in a foreign country,” she said recently in an e-mail interview.

“Cambodia exceeded my expectations. I experienced a lot of ‘firsts’. First time working overseas, first time being away from home, first time having a roommate, first time eating a lot of weird stuff,” she wrote.

Chong’s official title at the company was management trainee, attached to the marketing department.

“But a more accurate job title would be an intern in the Business Transformation Team.

“This is a relatively new team that was formed several weeks after my arrival,” said Chong, who is a third year student at University of Portsmouth.

The Business Transformation Team was set up to digitalise current operating processes by analysing all current processes at the company.

Chong said her best moments were when her contributions were acknowledged in the giant company despite being a foreign intern.

“The senior managers took genuine interest in what I was doing and worked towards helping me understand the entire operation structure.

“I am especially grateful to my direct supervisors that guided me throughout the process of mapping the business processes,” she said.

But it was not all business and no play with Chong during her stay in Cambodia.

The city girl was immersed in the Khmer culture and saw how the Khmer Rouge regime still influenced everyday Cambodians.

The clash of cultures and seeing how the regime had deeply affected the Cambodians taught Chong what it means to be a Malaysian.

“I learnt that as Malaysians, we should be grateful for what we have and work towards making it better.

“I made Khmer friends who broadened my horizons and showed me a different way of life,” she mused, reflecting on the differences between Phnom Penh and Kuala Lumpur.

For Imanuel Macs Ruya, it was a challenge interning with the IT department of UEM Malaysia as he had never done programming work before.

“There were a lot of things to learn,” he said.

Imanuel, who is in his final year at Nottingham University in Semenyih, applied for the programme to occupy his summer break. 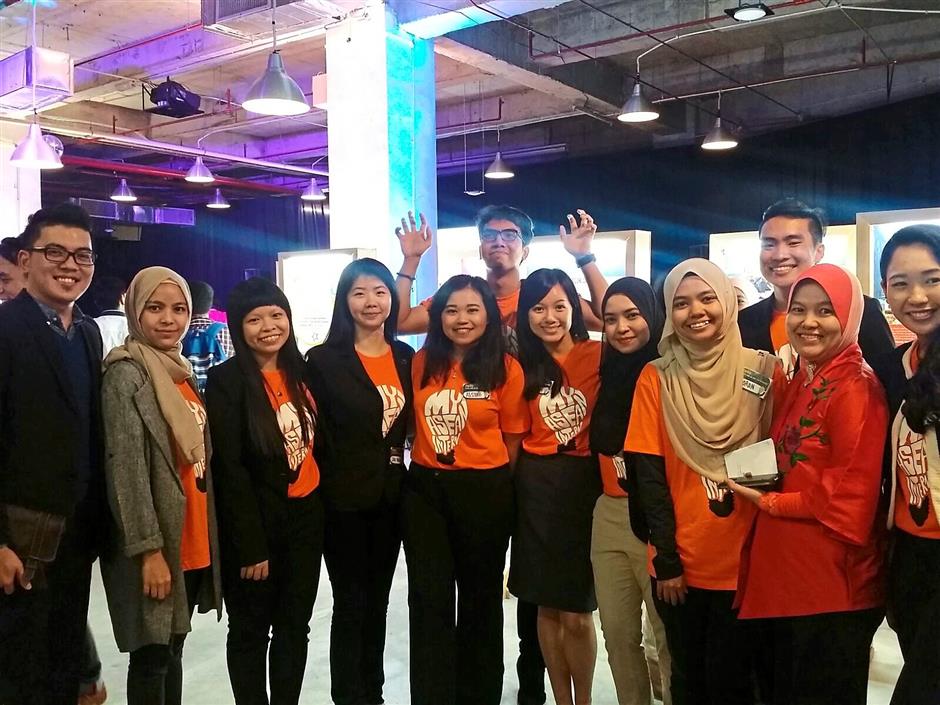 Nur Hana Mohamed Ariffin (second from left) with the rest of the interns from the first cohort of My Asean Internship. The programme is the brainchild of Mustapa as part of the Asean initiative under Malaysia's chairmanship.

Meanwhile, Nur Hana Mohamed Ariffin was looking for an internship placement and thought of searching for an Asean-related internship when she found My Asean Internship programme through Google search.

At only 21, Nur Hana is considered an old hand when it comes to Asean initiatives as she has taken part in various programmes such as a volunteer mission under the Education Ministry, Yayasan Sukarelawan Siswa and a South Korean Government sponsorship programme for science and engineering students from Asean countries.

“Ever since those stints, I’ve been eager to join Asean-related programmes as a way to immerse myself in the Asean community. Plus, who wouldn’t want to work and travel at the same time?” she said.

Nur Hana is now in Vietnam for her internship in Maybank.

“I’m excited to see the work culture in Vietnam, with it being a socialist country. I expect to eat an assortment of good food too,” she said.

The Universiti Malaya student is hoping to pick up Vietnamese as well.

“It would be great to come back to Malaysia and be able to speak their language,” she added.

Nur Hana, Imanuel and Chong are among 40 participants in the first batch of the internship programme, which was the brainchild of International Trade and Industry Minister Datuk Seri Mustapa Mohamed.

TalentCorp CEO Johan Mahmood Merican said the idea was mooted at the Asean Economic Community (AEC) 2015 Dialogue on Aug 7 last year which was hosted by the ministry.

“There was a consensus around the need to expose youth in South-East Asia to the opportunities in Asean and promote cross-cultural appreciation,” he said. 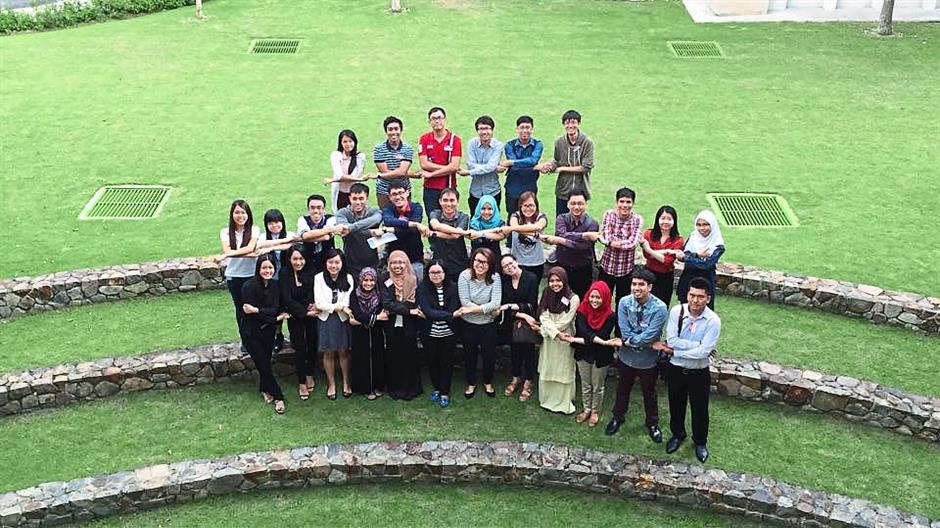 The interns from the first cohort of the My Asean Internship programme. Photo: Nur Hana Mohamed Ariffin

With an average age of 23 between 25 young women and 15 young men who made up the first cohort, the interns were set to soar higher with their Asean internship being part of their resumes.

The interns also put up an impressive presentation of their experience in the My Asean Internship: Beyond 2015 event that took place on Nov 6.

“It was an occasion where the interns really shone. The event was co-organised by the students themselves, from contributing ideas to being emcees and sharing their experiences.

“It has certainly met Mustapa’s original intent, in exciting youth about the economic opportunities in the newly initiated AEC and promoting greater cross-cultural understanding,” Johan said.

Many of the interns were offered jobs upon graduation.

“We’re also seeing increased employer participation, with the number of companies on board rising to 20, with new employers like PwC and Microsoft,” he said.

Applications for the second cohort are now open and more information can be found at www.talentcorp.com.my/myaseaninternship.