A Bosnian woman has agreed to meet the son she had to leave behind 22 years ago because his father was her wartime rapist.

Director Semsudin Gegic says the woman, a Muslim Bosniak who now lives in the US, had called him after she saw an article about the Bosnian premiere of Gegic’s film, which focuses on wartime orphan Alen Muhic’s search for his biological parents.

“This has taken me by such surprise,” says Gegic. “She called me from the US and said she was ready to meet Alen and agreed that I can film their encounter.” Gegic adds that she told him: “I don’t want any sin on my soul.”

Alen Muhic’s mother was repeatedly raped by a Bosnian Serb soldier early in Bosnia’s 1992-95 war, and gave birth to a boy she abandoned. As she had previously testified as a protected witness at a trial, her name cannot be published.

Gegic’s second documentary film about 22-year-old Muhic, An Invisible Child’s Trap, documents his painful bid to track down and meet his biological parents, a quest that has ultimately proved fruitless. 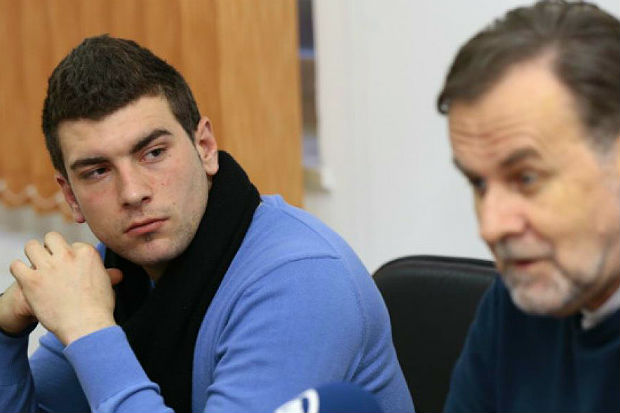 Alen Muhic (left) and documentary filmmaker Semsudin Gecic at a press conference for the documentary film about Muhic's search for his biological parents and the taboo subject of wartime rape during the Bosnian-Serbian conflict. – Reuters

The film confronts the stigma still surrounding Bosnians born of wartime rape, a war crime that up to 30,000 women are believed to have been subjected to during the Bosnian war. According to a Bosnian association for women raped in wartime called “Women – The Victims of War”, 62 Bosnians are recorded by the authorities as having been born of wartime rape.

The film, which premiered on March 23 in Muhic’s hometown of Gorazde in eastern Bosnia, shows him visiting his mother’s sister, who tells him how his mother suffered because of the rape and that she was unable to see him.

Muhic, who works as a nurse in the same hospital where he was born, confirms that his mother had called and left her number, but that they did not speak directly. He says she had offered to meet him in Bosnia in May. “I have not called her yet,” says Muhic. “I didn’t expect that she would contact me so soon after the film, but I will certainly meet her.”

In the documentary film, Muhic’s biological father is shown in 2007 being convicted of rape but later released on appeal, conditional on having to meet Muhic if requested. Muhic does so, but his father fails to turn up at the agreed meeting and has to date avoided any contact. – Reuters