It’s their future: Efforts to support the orang asli under development plans should involve the community in making decisions about key issues such as land, health and education. – Filepics

Improving the lot of Malaysia’s bumiputras and orang asli have been part of the development plans announced every five years. With the 11th Malaysia Plan slated to be announced in June, what lessons can be gleaned from the last plan?

The 10th Malaysia Plan (10MP), which began in 2010, brought new homes for many orang asli in Peninsular Malaysia.

In Negri Sembilan, for example, as of November 2012, the Government had allocated RM2.5 mil to construct 70 homes for the hard-core poor among the community.

The sheer volume built under the Housing Project for the Hardcore Poor (PPRT) during the 10MP was an improvement over the two previous Plans, according to Centre for Orang Asli Concerns (COAC) coordinator Dr Colin Nicholas.

But many of them were not usable within a year, he claims: “They had porous walls, with the damp rising.”

That’s one of the reasons why he’s calling for the 11th Malaysia Plan (11MP), which will be launched in June, to include internal and external audits of the Department of Orang Asli Development (Jakoa), and follow-ups after one to two years on each project to see what has been done.

“And the orang asli should be part of the planning and implementation,” he stresses. That is a common theme for those looking back on the goals of the 10MP and on how it was implemented. For the 11MP to succeed in helping the orang asli, they argue, the community should be part of the decision-making and should be mainstreamed into the agencies tasked with carrying out the various programmes.

The 10MP emphasised physical development such as roads, electricity, water supply and housing, notes Universiti Malaya anthropologist Dr Juli Edo, “but it was not fully successful”. He calls for the 11MP to focus, in particular, on land, education, and health issues.

For example, he says, the 10MP strongly supported education for the orang asli, including providing pocket money for pupils along with bus fare and books. Outstanding students are sent to boarding school.

But, Juli points out, “At schools which are 100% orang asli, UPSR (Ujian Pencapaian Sekolah Rendah) results are still low even though they have graduate teachers.” According to Jakoa’s analysis, while the number of orang asli students obtaining As in English and Mathematics did increase over the past three years, the number earning As in Science dropped.

The academic thinks this could be because there is no competition and interaction, no tuition, and also due to the attitudes of the students, parents, and teachers. He recommends a “thorough study, otherwise the government will be spending lots of money with no results”.

Wong Young Soon, executive director of Malaysian Care, welcomes the increase in land gazetted as orang asli reserves which he has seen in Perak, where his non-government organisation helped to start a Sengoi cooperative. According to Jakoa director-general Datuk Hasnan Hassan, almost 31,500ha have been gazetted for the orang asli in Peninsular Malaysia, with another 19,700ha approved but not gazetted yet, and over 75,000ha applied for but yet to be approved. 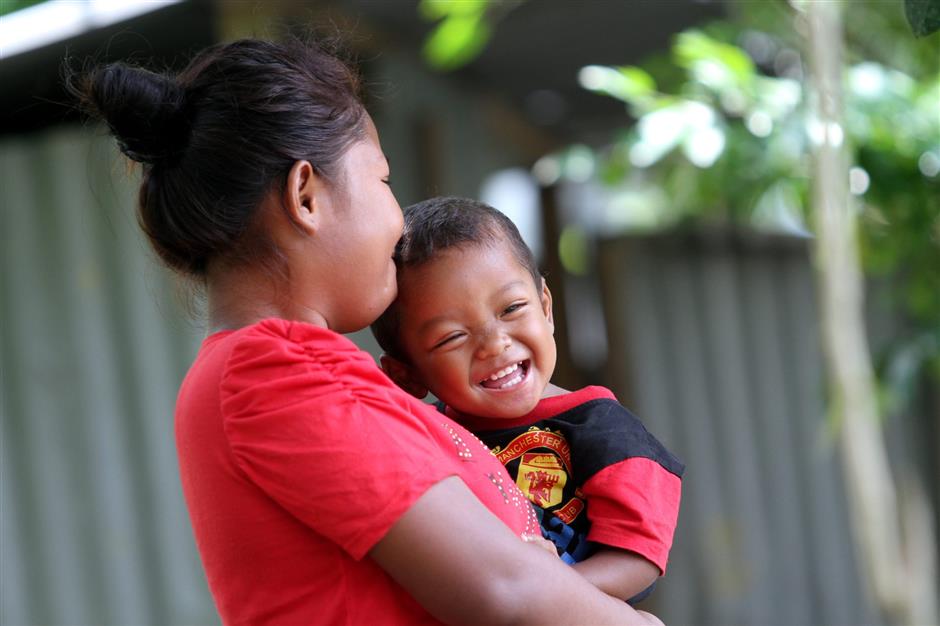 An Orang Asli and her child having some playtime during The Star Publications Good Day Out in-house-project, where volunteers from the public have come together to help Orang Asli families refurbish their homes in September, 2013.

But, Wong adds, “There is little or no participation of the orang asli grassroots in the decision-making.” He points to the 10MP goal of giving each eligible orang asli household “the right to farm and eventually own between two and six acres, with an additional 0.5 acres allocated for them to build a house.” That was “ill-conceived”, he says, “because there was little consultation.”

For example, the titles were reportedly only for the head of a household, which means only men would receive titles. “But traditionally in orang asli culture, women have rights to land as well,” Wong points out. “Such a policy would be a grave injustice for orang asli women.”

Most of the orang asli whom he knows “aren’t interested in becoming rich or competing with others,” Wong says. “This is what makes outsiders very frustrated and want to ‘change their mindset’.”

What the orang asli want, he says, “is to have their land and forest secure. They want enough income to sustain their daily needs with relative comfort and to be debt-free. They want basic infrastructure like roads, electricity, clean water, and healthcare.”

Jakoa’s Hasnan also wants “continuous engagement with the community” to ensure they are “not left behind in the national development agenda”. And he agrees that they must be given “the freedom of choice whether they wish to join mainstream society or otherwise.”

COAC’s Nicholas hopes that audits will prevent the kind of leakages and weaknesses that he observed under the 10MP. At Jakoa, Hasnan agrees: “We don’t want leakages. Quality must be uncompromised.”

Construction must be according to specifications, the director-general stresses. “If not, we won’t pay. Roads should last for five years, not a few months.”

Malaysian Care’s Wong recommends state-civil society partnerships to implement the 11MP goals. And he hopes that when it comes to programmes for the orang asli, there have been lessons learned from the 10MP.

Otherwise, if allocation and implementation of the 11MP targets is done the same way, he predicts, “we will be talking about the same things when the 12MP comes along.” 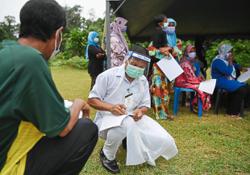