Datin Suliana Shamsuddin Alias, heart of the Kelantan Foundation for the Disabled

Datin Suliana Shamsuddin Alias, philanthropist and married to The Star columnist Datuk Zaid Ibrahim, shares her views on how to help those in need.

My earliest memory of Datin Suliana Shamsuddin Alias is that of a sweet, kind woman. She was known to me as my schoolmate’s mother, but she had no airs and was always genuinely interested in people and what was happening around her. Fifteen years later, that impression remains unchanged. We met recently at her home, where I was delighted to learn that her giving ways extend beyond the needs of her family.

Soft-spoken and articulate, Suliana is a qualified chemist with a degree in physiology and biological chemistry from the University of Salford, Manchester. She was a chemist at Imperial Chemical Industries (ICI) Paints Malaysia before moving into human resource and quality management. After 13 years with ICI Paints, she went into management consulting in Malaysia and Indonesia.

She is fiercely supportive of her husband Datuk Zaid Ibrahim, a former Minister in the Prime Minister’s Department, who is well regarded for his philanthropic work with Yayasan Orang Kurang Upaya Kelantan (Kelantan Foundation for the Disabled) or YOKUK, which he’d founded in his hometown in 1998. He's also a columnist for The Star.

Suliana assumed running the foundation as chairperson and executive director in 2000, when Zaid’s schedule became too hectic. “It was an opportune moment because by then, my youngest child Alysha was already a few years old and I was ready to take on this role,” she says.

“I was initially concerned about not being familiar enough with welfare work, but then I had always been interested in charity, even while I was in the corporate world.”

Under her leadership, YOKUK built its first centre in Kota Baru. She developed her own team to carry out the foundation’s work. “Our concept is community-based rehabilitation, to allow people with disabilities to have an improved quality of life while involving the community,” she explains.

“We depart from trying to institutionalise people with disabilities in a home. We believe that it is better for them to be cared for by their own families and we provide the support. For example, our centre has facilities for rehabilitation including horses for hippo therapy or therapeutic horseback riding, which utilises equine movement.”

“We have physiotherapy, sensory therapy, hydrotherapy, sand therapy, and MAD therapy encompassing music, art and drama,” Suliana adds. “Additionally, we provide welfare and educational services as well as palliative care. Our palliative care patients are referred to us by hospitals, where it’s better for them to be cared for in the comfort of their own homes.

“We have five vehicles dedicated to this need, where we visit the patients’ homes daily to provide not just nursing care but also emotional, spiritual and holistic support for the families going through these difficult times. Every year, we make about 700 home visits.” Datin Suliana Shamsuddin and her team work the ground to offer much needed aid to the victims of the devastation caused by the recent floods in Kelantan.

Besides healthcare, YOKUK aids the disabled by providing vocational training for school leavers at age 18, where they learn practical skills like washing cars, laundry and gardening to enable them to find basic jobs. For all Suliana's work over the past 15 years, there is still much that needs to be accomplished.

“Fundraising is and always will be a challenge,” she says. “We have to ensure that we are self sustainable enough to cover our overhead costs, because it can be difficult finding people who want to serve voluntarily. There are surprisingly a lot of people in Kelantan who have never heard of YOKUK.

“We have to ensure that we have continuous support from corporations, so I have to write to them to keep them aware of the work that we do. It’s difficult because we are all the way out in Kelantan, while there are so many other charities in Kuala Lumpur that also need help.”

Nevertheless, YOKUK has been successful in keeping to its cause.

“We have about 3800 people and their families registered with YOKUK, and we go to all their homes to conduct a socio-economic analysis of their families’ situations,” says Suliana.

“With all this data, corporations and other NGOs like to work with us because we know, for instance, how many people suffer from a particular disability in one specific area. I don’t get regular grants and I’m very reliant on corporations, so I’m thankful for their support.”

Suliana has had to initiate many fundraising activities.

“Two years ago, we did a supercar charity drive with fantastic response. We had over 70 supercar owners participate in that project and they gave rides to the public around the Publika mall in KL. Everyone had so much fun and we managed to raise RM200,000. I also organise smaller activities like charity movie screenings and lunches with jeweller Mouawad, where a small percentage of sale proceeds goes to YOKUK.”

“We multi-task like crazy,” Suliana says. “We’ve had to sell tickets at malls from 10am to 10pm. I’ve never stayed in a mall for so long! In those days, we were literally standing in the middle of the mall, trying to hawk our tickets. It was quite daunting initially but we got used to it!

“Another learning curve is the communication. You have to deal with all kinds of people and meet many other organisations, so communication is crucial to make sure that everyone is on the same page.”

Suliana remains very much hands on and travels back to Kelantan twice a month at least. “It really opens your eyes when you go out to the houses, and you realise just how much there is that needs to be done, beyond just giving them money and therapy,” she says.

“You may have a person suffering from cerebral palsy, but that isn’t their only problem because in the next room, there is someone else who has had a stroke and they are sleeping on the floor under a roof that has a big hole in it. So you can’t just take care of one problem and ignore the rest of the issues the family faces.”

In the case of this family, the Lamborghini Owners Club later sponsored a gotong royong initiative to repair the house, Suliana adds.

The people of the state are very much at the heart of the work Suliana does, and sometimes this extends beyond YOKUK. In fact, just after our interview, Suliana and her team were in Kelantan to offer much needed aid to the victims of the devastating floods.

“We have suspended our usual work to focus on helping the flood victims in any way we can, from getting contributions from friends and corporations to packing the items. We have also formed teams to help with the cleaning of our clients’ homes and that of their neighbours,’’ she says.

“There’s just so much to be done, and what we are doing is just a drop in the ocean compared to the assistance offered by other NGOs and the government. But we will try our best to do our bit and together, we will be able to overcome this trying time.’’

Suliana cites the people around her as her motivation for her work.

“When you see so much need and you realise that you can help, well, why not?” she says. “I’ve always admired people who can nurture something of significance from nothing, and I’ve always imagined that I would be able to do that.”

“My husband, of course, has always been very supportive,” Suliana says. “And even though he is no longer involved in the foundation’s work, he remains the backbone of its success. My parents and family are also very supportive. God has given my family a lot, so I am very thankful to be given this opportunity to help others in return.”

¦ For details on the Kelantan Foundation for the Disabled, visit yokuk.org. For contributions towards flood relief efforts, call (09) 774-3033.

¦ This article was originally published in Life Inspired, out every second and fourth Sunday of the month, and distributed exclusively with The Sunday Star to selected areas in the Klang Valley. The next issue will be out on Feb 8. 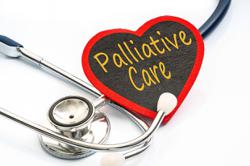 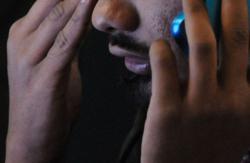