The lead singer of U2 says he may never be able to play guitar again because of a bicycle accident last year that shattered his arm in six places.

Bono, the frontman of the Irish rock group U2 who was injured in a cycling accident last year, says on Jan 2 that his recovery has not been easy and he may never play guitar again. In a blog on the group’s website, the 54-year-old rocker says he broke his hand, shoulder, elbow and face and describes how he “blanked out on impact” during the cycling accident in New York’s Central Park, which he says he could not blame on anyone but himself.

“Recovery has been more difficult than I thought,” he says in the message written from his home in Dublin. “As I write this, it is not clear that I will ever play guitar again. The band has reminded me that neither they nor Western civilisation are depending on this.”

Bono, who includes an X-ray of his elbow in the blog, says he could not remember how he ended up in hospital with the bone in his upper arm sticking through his leather jacket. “Very punk rock as injuries go,” he adds. 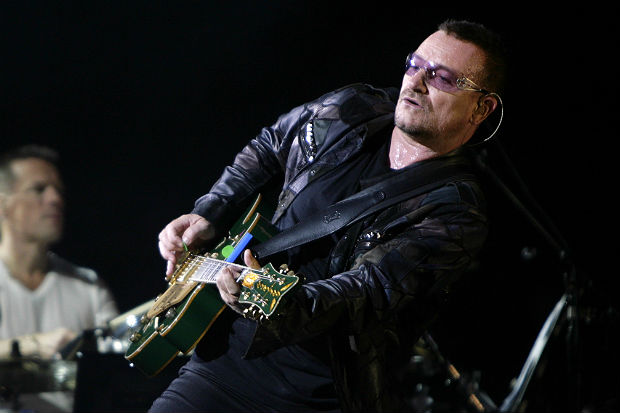 Bono, broken and unbroken: Above, the leader of the Irish band U2 seen in a live performance before the bicycling accident. Below, an x-ray showing Bono's arm fixed with metal plates and screws, which he shared on U2's blog. – Reuters & U2.com 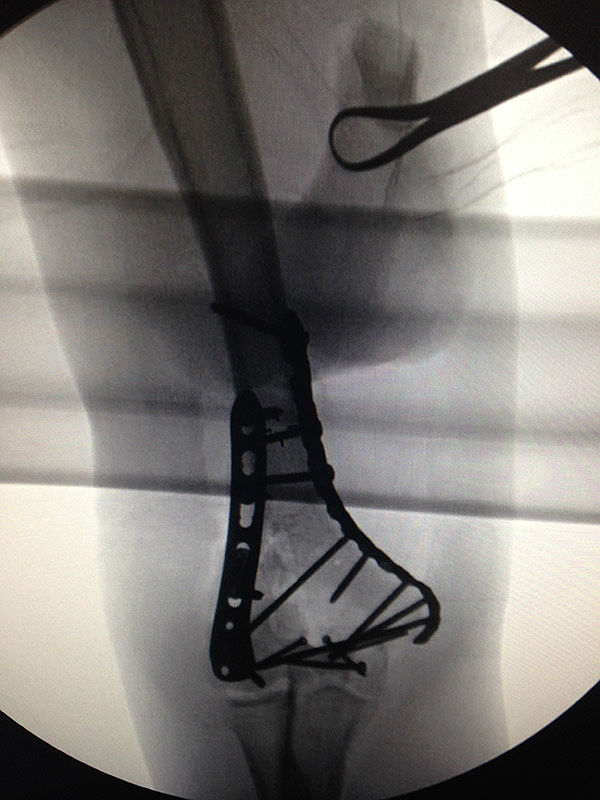 Bono’s arm was shattered in six places. Doctors inserted three metal plates and 18 screws to repair the injury. He required hours of surgery and has had extensive therapy and he is expected to make a full recovery.

Bono described the cycling spill as a “freak accident” and says the pain it caused did not compare with his disappointment in having to cancel U2’s week-long appearance on NBC’s The Tonight Show Starring Jimmy Fallon. He added that he will have to concentrate hard to be ready for the U2 tour that begins in Vancouver in May. “We have some extraordinary ideas up our sleeve for this tour – I’ve just got to be rebuilt by 14th May.”

Bono also refers to revelations he made last year when he told a British talk show host that the reason he wears his trademark sunglasses was that he has suffered from the eye disease glaucoma for two decades. He says the announcement was completely unintentional but added that if not treated, glaucoma can cause blindness. “I think anyone who reaches 40 should have their eyes properly checked,” he adds.

The cycling accident was not the only harrowing event for the rock star in 2014. In November, a private plane in which he was travelling from Ireland to Germany lost its rear hatch but the pilot managed to land it safely. – Reuters