Calling modern slavery “an atrocious plague”, head of the Catholic church Pope Francis leads a distinguished gathering of Muslim, Christian, Hindu, Buddhist and Jewish religious leaders from around the world in signing a historic multi-faith pact to end modern day slavery by 2020.

The religious leaders – including the Most Venerable Datuk K Sri Dhammaratana, the Buddhist Chief High Priest of Malaysia – were brought together for the signing event in the Vatican City on Dec 2 by the Global Freedom Network, a multi-faith organisation that vows to end modern day slavery.

The organisation says that religious leaders can inspire their faithful to combat slavery and human trafficking through education, funding, demanding legal reform and enforcement and promoting ethical purchasing to avoid buying goods that could be the product of forced labour. 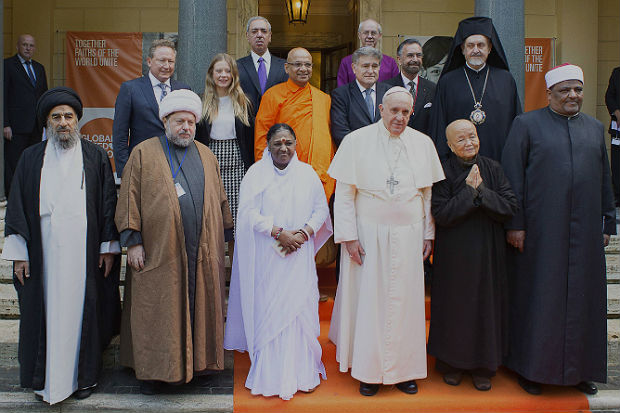 United against slavery: The signatories of the "Declaration of Religious Leaders against Modern Slavery" pose for the media in Vatican City. The Most Venerable Datuk K Sri Dhammaratana, Malaysia's Buddhist High Priest, is standing third from the left in the middle row. – Reuters

“The physical, economic, sexual and psychological exploitation of men and women, boys and girls, is chaining tens of millions of persons to inhumanity and humiliation,” says Pope Francis, before signing the pledge to do “all in our power, within our faith communities and beyond” to end modern slavery.

The other signatories of the declaration include:

The second Global Slavery Index released in November by Walk Free Foundation, an Australia-based human rights group, estimates that almost 36 million people are living as slaves. The Index defines modern day slaves as individuals who have been trafficked into brothels, forced into manual labour, are victims of debt bondage or were born into servitude. – Reuters