Map to the stars: Malaysian celebs talk about their kampung

Find out what Malaysian celebrities love about their own hometowns. 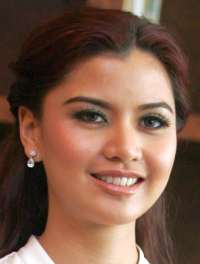 “I loved growing up in KL,” said the actress. “I know all the places to eat, even well into the night, and all the shortcuts.” Being a city girl, Lisa admitted she doesn’t mind being stuck in a traffic jam on busy roads. “I quite miss living in Ampang although I am just in Kajang now, which is not too far away,” she shared with a laugh. “I appreciate the city.” 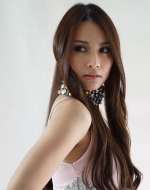 While her career has made her move to Kuala Lumpur (and for a short stint, Japan), Hannah Tan’s heart belongs to her hometown of Penang. “Everything is pretty much accessible within a 30-minute drive – the hills, the beaches, the sights, the food!” Tan enthused.

Yes, food plays a big part in Penang’s tourism and Tan believes if you are visiting the Pearl Of The Orient for the first time, the best way is to eat your way through the streets of Penang. “I always believe that the best way to understand a city and its culture is by experiencing its local food. You see, you taste, you remember,” the 32-year-old singer-actress explained. Her recommendation: Char kuey kak (fried carrot cake) at the shop just outside the gates of Union primary school at Jalan Burmah.

Tan also believes Penang is the ideal vacay spot. “The richness of heritage and nature, the diversity of culture and food, the beautiful weather and the affordability of experiencing the multifacets of it all without bursting your bank account.” 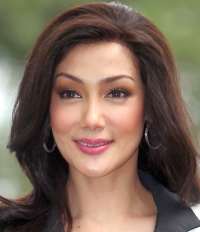 Erra Fazira has fond memories of playing by the stream at her kampung as a child and, sometimes, washing clothes there. “My kampung has electricity and running water, but it was more fun to bring the dirty clothes and clean them in the river,” the beautiful actress said with a laugh.

Since Kampung Sg Choh is only 45 minutes away from where she lives now, Erra goes back often, especially for special occasions like Hari Raya and weddings of relatives. “My grandmother still lives there,” she shared.

What is so special about her kampung, Erra says, is that they have their own language as most of the residents’ ancestors originally migrated from Bengkulu, Sumatera in Indonesia. “The food is also different. We have a dish called bebotok which is fish that is marinated for a few days. Also our tart is unique; it’s not made with pineapple jam but with coconut.” 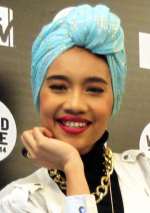 Although Los Angeles-based singer Yuna was born in Alor Star, Kedah, the 27-year-old considers Kuala Kangsar, Perak to be her hometown. “I find it strange most of my friends in the US drink coconut water from a box. I will always tell them that in my kampung, we drink coconut water from real coconuts. I also like showing them pictures of my kampung. I love going back to my hometown because my grandparents are there and we’re really close.” 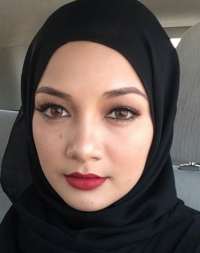 The self-proclaimed kampung girl has fond memories of celebrating Hari Raya in her hometown. “If you want to know, my family and the people in my kampung are very close. I think it’s just a unique Kelantan thing where we’re all very proud of our state and each other.” Neelofa added in an interview: “When they found out that I’ve become involved in the entertainment industry, they gathered to celebrate my homecoming in a Raya open house.” 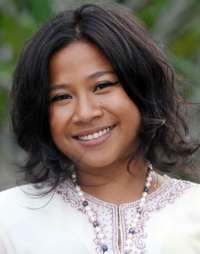 “I grew up at the beach in Miri. It would be fun to build a studio by the beach one day. You get to see the sunset every evening.” 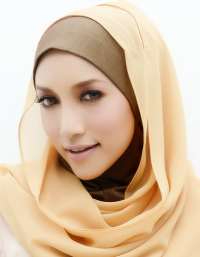 Ziana Zain was born in Kampung Simpang Merlimau, Malacca, but she didn’t exactly grow up there. Her family moved to the Klang Valley Kampung Melayu Subang when she was three months old. However, they’d still go back to Malacca during major festivals, so she still has many memories of the village.

“One of my favourite memories was when I was about six or seven years old. I went to the paddy field with my grandmother to play. When washing up after playing, I saw a leech on my leg! I tried to pull it off, but it was so painful I almost fainted!” she said.

She also had cousins who used to tease her about being from KL and not being able to do anything they could. “One day, to prove them wrong, I decided to climb a coconut tree by myself, all the way to the top! I remember my grandmother screaming at me to get down!” she shared, laughing. 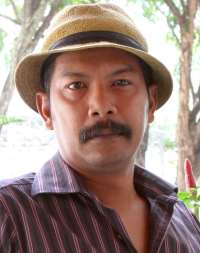 The actor/director, who was born and spent his youth in this state, remembers visiting the local cinema often and falling in love with films. “The first movie I ever watched was about Dracula, although I am not sure which version it was. I was eight or nine then and my mother took me to watch it with her.” Needless to say, the few nights after watching the film, young Nam Ron kept a close watch on his window. 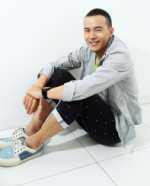 The dashing newsreader was born in Malacca, but grew up in Seremban, Negeri Sembilan, where he is now based. Yap recalled walking to school every morning, where he would go from a Chinese housing estate and then pass through typical Malay and then Indian villages. “The makcik would greet me selamat pagi as they went about their morning activities. Along the way, there are temples and mosques, which makes it a very colourful multi-cultural experience.” 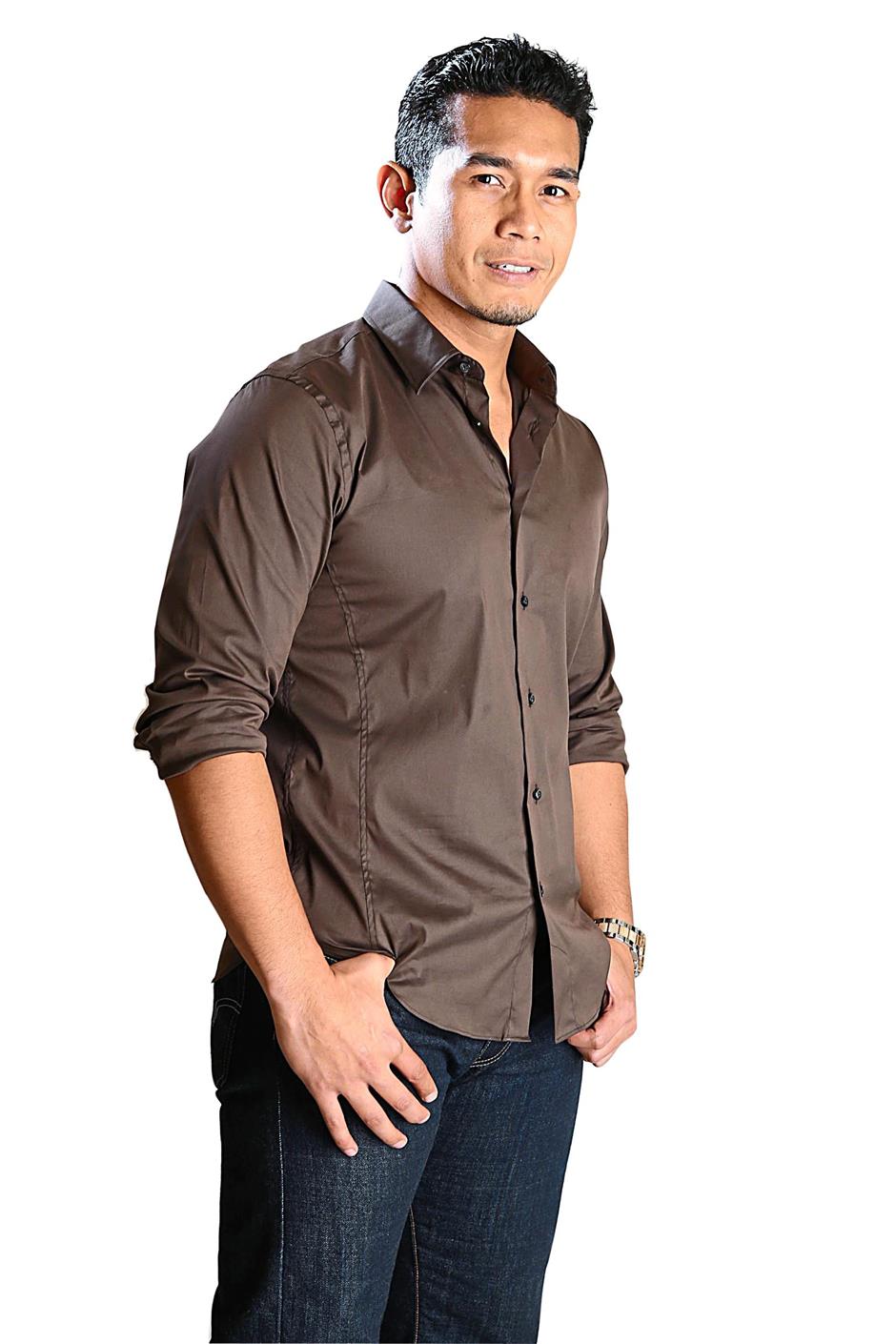 Actor and TV presenter Fahrin Ahmad recalled fondly growing up in Johor Baru. “When I was a child, I was always excited when my parents took me for jalan-jalan at Taman Bunga Istana,” he said. “I also remember going to Pantai Stulang for a swim and picnic. Sometimes, I even sneaked out to go swimming with my friends there.”

Some of his favourite dishes include ikan bakar, tahu bakar and ice jelly at Tepian Tebrau, and the famous mee rebus Haji Wahid. Fahrin is also proud of his state’s football team and the spirit of its fans. 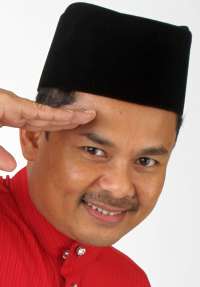 Suria FM deejay Halim Othman was born and bred in Kerteh but was sent to boarding school in Kuala Terengganu at 13. “Right in front my house is a river, Kuala Sungai Kerteh, that flows to the South China Sea with the majestic Bukit Labohan as its backdrop,” he shared on his childhood home. His father used to advise: “That’s the first view you must take in every morning.”

For those keen on visiting, Halim recommends spending some time at a turtle sanctuary and The Crystal Mosque and trying out the nasi dagang and keropok lekor at Ladang, near Bulatan Batu Bersurat. 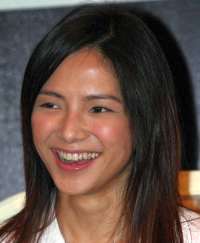 One Kedahan who has gained international recognition is Lee Sin Jie, 38, who grew up in Langgar, before her family moved to Alor Star when she was 14. In an interview with The Star back in 2002, it was reported that Lee was a natural entertainer, always volunteering for any sort of performance while at school. She was also the head of her school’s drama club.

Her father, who owned a motorcycle shop, was the one who encouraged her to become an entertainer, and to go beyond the confines of the small village she grew up in. Discovered in 1995 by Taiwanese actress/director Sylvia Chang when she was only 19, Lee shot to fame as an actress in 2002 when she won the Best Leading Actress award at the 39th Golden Horse Awards for The Eye.

Besides Lee, other stars who hail from the so-called “rice bowl of Malaysia” are actor Farid Kamil, and director Ahmad Idham (Tentang Bulan). 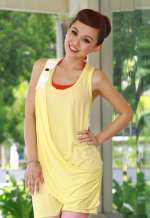 Growing up in a small town, the singer-actress reminisced about the relaxing pace and the friendly folk of the duty-free port. “Trees in our backyard were our childhood playground. After school, kids would hang out at their neighbours’ houses, climbing trees, catching tadpoles in the drains, or playing masak-masak using leaves and flowers," said the sweet lass who is currently based in Hong Kong.

"On weekends, we’d go swimming and watch the sunset at Layang-Layang beach while enjoying satay, BBQ chicken wings and coconut water. For those who like fishing, it’s a popular place to rent a boat and fish, you may even land a swordfish!” 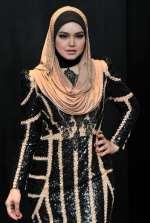 “Kuala Lipis has given birth to many successful public figures such as Datuk Seri Najib Tun Razak and I hope many more will come from here,” said pop darling Siti Nurhaliza who beamed with pride talking about her hometown.

Siti was born in Kampung Awah, Temerloh, but later moved to Kuala Lipis. She shared the town is known for the beauty of its natural surroundings and the delicious ikan patin dish. But beyond that, she is proud to see Kuala Lipis thrive as the years go by. The songstress wished all Malaysians: “I hope on this Merdeka Day, we will appreciate our country’s peace and economic stability and take good care of it.”

Marsha shared that hiking at Bukit Perahu is one of her favourite memories growing up in Sabah. She said: “The view on the hill is breathtaking and you can see the whole of Tamparuli town (from up there).” And if you ever get to Sabah, Marsha highly recommends visitors to visit “Rumah Terbalik” just before Tamparuli town and have a walk across the famous Tamparuli suspended bridge.

“And if you happen to be in town on Wednesday morning, do drop by the famous tamu for fresh veggies, fruits and crafts,” she said.