Too few girls: Alarm in India at impact of female foeticide

Skewed gender ratio caused by the killing of thousands of girls has given rise to a system of bride-buying and trafficking.

Thankfully, this is not a true story. It is the plot of the film Matrubhoomi: A Nation Without Women, which Time magazine named as one of the 10 best films of 2003.

Set in 2050, the film imagines the long-term social effects of foeticide and infanticide. It conjures up bleak, male-only villages where residents engage in illegal activities such as human trafficking, gender violence and bride-buying. And while male-only villages are not a reality in India, rampant foeticide is – especially in the north, where the crime is tearing at the social fabric of the region.

In Jind, a prosperous, agricultural district in Haryana, the situation is so dire that a local group says it has written to the BJP prime ministerial candidate, Narendra Modi, Congress vice-president Rahul Gandhi and even the AAP leader, Arvind Kejriwal, from Haryana, urging them to act. Unmarried men there are also using the general election, which began this week, to demand that politicians find them brides in exchange for their votes.

The bahu-dilao-vote lo (brides-for-votes) slogan was coined by the Jind-based Kunwara Union (Unmarried Youth Organisation), which was founded five years ago by social activist Pawan Kumar.

“We not only want politicians to eradicate unemployment and female foeticide, but also find ways to get bachelors married,” says Kumar.

More worryingly, the latest annual health survey data from the census office shows that in many of India’s least-developed states – Uttar Pradesh, Bihar, Rajasthan, Madhya Pradesh, Odisha, Jharkhand, Chhattisgarh, Uttarakhand and Assam – girls are disappearing not so much from foeticide as from infanticide. It is reflected in the substantial fall in the gender ratio in the zero to four age group in several districts across nine states.

As many of these are India’s most populous states, this amounts to the killing of hundreds of thousands of very young girls.

Although the Pre-Conception and Pre-Natal Diagnostic Techniques Act was passed in 1994 to bring an end to foeticide, there is growing concern about its effectiveness. There are numerous reasons why it still goes unchecked: sometimes district health officers are unaware of the provisions of the act; sometimes families and doctors collude in the practice, and records from ultrasound clinics are rarely scrutinised by health officials.

In January, the supreme court was sufficiently worried by foeticide rates that it ordered states to report on the implementation of the law. Poor health communication strategies could also explain the prevalence of the practice.

“During training of local level health workers, I have seen that they fail to distinguish between abortion and female foeticide,” says Roki Kumar, an activist with Breakthrough, an NGO that works in Harayana.

While foeticide is driven mainly by the fear of high wedding and dowry costs, it is exacerbated by the preference for sons as family sizes shrink, and by an often inadequate response from the authorities.

In certain states – in direct contravention of the law – hoardings advise parents against having girls, warning: “Pay now, save later”.

The skewed gender ratio has given rise to a system of bride-buying in the affected states: although girls and young women are lured into marriage by promises of a happy and secure life, once purchased they can be exploited, denied basic rights, put to work as maids and, in many cases, abandoned.

Marriage to “imported brides” makes caste, language and culture immaterial as long as money is paid to the girl’s family and a male child is born. Most of them come from poverty-ridden villages of Assam, West Bengal, Jharkhand, Bihar and Orissa, and are sold because their families need the money.

Despite the prevalence of the dowry system in the north Indian states, some men are more than ready to pay for a wife.

Fortunately, some states are trying to act. In Rajasthan, Shikshit Rojgar Kendra Prabandhak Samiti, an NGO, is working with the government to identify ultrasound clinics that offer tests to determine gender. Under the joint sting operations, pregnant women visit clinics and then report staff who break the law to officials.

Worthy actions, no doubt, but individual efforts cannot change the overall situation: India urgently needs a proper and more focused series of initiatives if it is to transform the status of its women. – Guardian News & Media

Too few girls: Alarm in India at impact of female foeticide 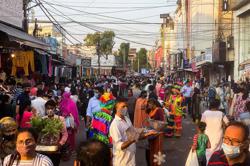 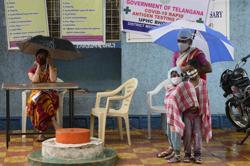 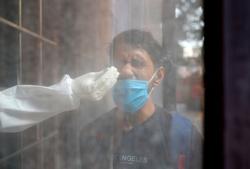