Choose the sexiest woman of action in Malaysia from our list of athletes who not only win trophies but make us go weak with their hotness.

Athletes, for better or worse, are magnets for our spectator eyes. While we applaud their achievements in the arena, we also appreciate the time and effort they put into being deserving of our undivided attention. Of course, it doesn’t hurt at all if they’re exceptionally good looking.

The 15th Laureus Sports Awards, dubbed the Oscars of the sports world, happens tonight March 26 in Kuala Lumpur. As the city plays host to the world’s most famous and successful athletes, we’re confident that their collective sexiness will up the temperature to heatwave magnitude.

But we believe the world doesn’t have a monopoly on sexy athletes. For this lighthearted listicle, part two of two, we look at some of Malaysia’s sexiest female sports personalities whose strength and beauty have inspired more than their fair share of pin-up crushes, hero worship and adoring googly-eyed stares of wonderment.

We also invite readers to participate in a poll to pick Malaysia’s hottest female athlete from the list below. You can find the voting ballot across the Lifestyle channels in all the main pages.

And now, a drumroll, please.

You’d be forgiven if you completely miss the stallion when Anita Woo goes riding. Woo, whose day job is being a news anchor for a local TV station, forgoes typical prim equestrian outfits in favour of lace-adorned kebayas during competition. When in full regalia, the 2010 Asian Games silver medal winner looks like a mythical female warrior – eyes focused, arrow pulled back, ready to hit you with her best shot. Fierce!

As the first Malaysian woman to compete in Asia’s biggest MMA event, ONE Fighting Championship, Ann Osman is in a league of her own. The feisty Sabahan comes to the fore with an extensive background in Muay Thai, but she tempers her competitive spirit with her girly personality. “I might look like a gym freak in a dress, but I still love my heels,” she says. You go, girl!

Three-time world wushu champion Chai Fong Ying may have retired from competition, but that doesn’t mean she’s out of contention. Executing complex wushu stances and routines with no effort during her heyday, you might think she’s all business. But outside the ring, Fong Ying’s shy smile is all sweetness. Be careful, however, she knows how to wield a sword like a master in Crouching Tiger, Hidden Dragon.

There must be something in the water because Leong Mun Yee doesn’t look her age at all. This Perak-born diving queen, whose aerodynamic body has seen action in three Olympic games, retains a youthful glow that’s simply magnetic. Add to that a killer smile and a magical wink in her eyes, she’s one woman we wouldn’t mind inviting to a pool party. Splish splash!

Those who make fun of female drivers have never seen Miri-born Natasha put the pedal to the metal. This speed freak holds the record as the youngest and only female racing driver who was tested and approved to drive the Lotus T125 at the Yas Marina Circuit, Abu Dhabi, in 2011. With her long-flowing locks and angelic looks, it’s no surprise that many have gone ga-ga over this speed demon. She's fast and she's furious.

The most successful Malaysian female athlete in sports history, Nicol David’s achievements in the world of squash is astounding. And though she’s hardly one to play up her feminine wiles on the court, Nicol has a sex appeal all of her own. Her girl-next-door charm, coupled with her finely-honed physique and unquenchable ambition, makes for an unbeatable combination. She's a smash hit!

Graceful and gorgeous, rhythmic gymnast Sarina Sundara Rajah was the toast of the nation when she led the Malaysian team to gold at the 1998 Commonwealth Games. Although retired from competition for many years, Sarina still maintains a killer body and her smoky looks, thanks to her subsequent career as a gymnastics coach.

Don’t be fooled by her down-to-earth personality – Zandra is a class act. She’s a national bowler, she wins tournaments, and she’s bowls a strike in the looks department. Married to Malaysian footballer Safiq Rahim, Zandra may be demure and averse to the limelight, but when she flashes that gorgeous smile on her flawless face, people fall for her like bowling pins. 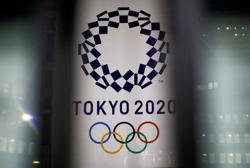 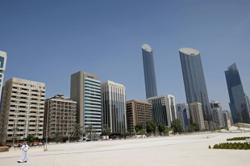