Celebrities plunging into the debate on Scottish independence risk attracting public wrath from opposing sides in the run-up to the Sept 18 referendum.

Some, like tennis star Andy Murray, have opted to keep quiet.

English singer David Bowie, who lives in New York, has urged Scots not to break away, endorsing Prime Minister David Cameron’s view that Britain is strongest together.

But Murray has kept out of the increasingly heated debate, saying at the weekend that he had been previously roasted for a comments seen as representing a political view.

Murray, who became the first Briton in 77 years to win the men’s singles title at Wimbledon last year, drew criticism before the 2006 World Cup when he said he’d support anyone but England, a remark he has said many times since was not serious.

“I wouldn’t personally choose to make my feelings on something like that public either, because not a whole lot of good comes from it,” said Murray, adding his view was irrelevant as one of 1.15 million expatriate Scots not eligible to vote.

“I’ve made that mistake in the past and it’s caused me a headache for ... eight years of my life and a lot of abuse.” 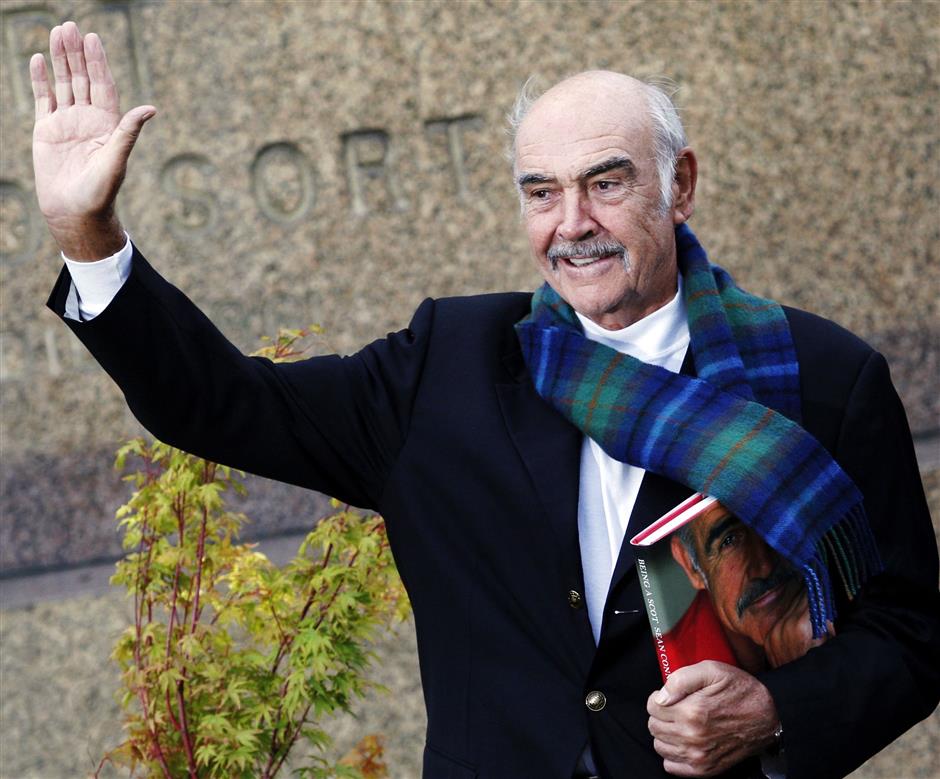 Sean Connery is all for independence for Scotland. Actor Billy Connolly has stated that he will not be voting in September. Actress Emma Thompson questions how a new border would be effective.

Scottish comedian Billy Connolly, 71, has said he won’t vote, calling the debate “a morass that I care not to dip my toe into”.

Opinion polls show about half Scottish voters opposing separation and the nationalists gaining ground with about one third support. About 16% are undecided.

Connery, 83, a Bahamas resident who cannot vote, says he might return to his native land if it broke away. “As a Scot and as someone with a lifelong love for both Scotland and the arts, I believe the opportunity of independence is too good to miss,” he wrote in a New Statesman article.

Eurythmics singer Annie Lennox, a Scot who lives in London, was once an ardent supporter of independence but, frequently targeted in online attacks, has moderated her views, saying the decision should not be swayed by “heady patriotic emotion”.

Bowie faced a flood of online abuse from nationalist “cybernats” last month when he said “Scotland, stay with us” at an awards show. Left-wing English singer and activist Billy Bragg, who supports independence, welcomed Bowie’s comment, saying it encouraged discussion.

Singer Susan Boyle, who won fame on TV talent show Britain’s Got Talent, says she’s proud to be a Scot, but is no nationalist. Scottish actress Emma Thompson also opposes independence, questioning how a new border helps anyone.

Six-time cycling gold medallist Chris Hoy said last year that future Olympians could find it harder to reach the top if Scotland became independent, but refused to say how he would vote, saying he was “a cyclist, not a politician”.

His comments also prompted a barrage of Internet abuse, much of which criticised his relatively comfortable upbringing in Scotland including his private school education.

Former Manchester United football club manager Alex Ferguson has not made his views public, but it has been widely reported that he has donated to the pro-Britain Better Together campaign.

The Scottish Government, headed by the Scottish National Party, has condemned online abuse of celebrities by so-called cybernats or others. “We welcome all contributions to the debate wherever they come from,” a spokesman said.

The decision to allow only Scottish residents to vote has come under attack in a campaign led by London-based lawyer James Wallace, who sought legal opinion from barrister Aidan O’Neill.

O’Neill, who specialises in EU law, concluded the exclusion of non-resident Scots could be illegal as it violated Scots’ right to freedom of movement under European Union law.

Wallace said he had sent the advice to Scotland’s First Minister Alex Salmond and Cameron, calling for the franchise to be expanded. If ignored, he plans to lodge a petition signed by 3,200 Scots demanding a judicial review in the Supreme Court.

A Scottish Government spokesman said the Edinburgh agreement that set the terms of the vote confirmed the franchise was for the Scottish parliament to determine. — Reuters