Climate deniers are killing the planet with their misinformation

A forest fire burning near a beach resort on Lesvos Island, Greece, on July 23, 2022. Major wildfires in Europe are starting earlier in the year, becoming more frequent, doing more damage and getting harder to stop. But, hey, climate change deniers say it's all fine. — AP

It's summer. Which means heatwaves, forest fires and, in the case of the United Kingdom, melting runways that prevent airplanes from taking off.

This is what summertime looks in the climate change era in temperate countries, and even tropical countries are facing high temperatures – Malaysian weather will be scorching until next month at least, while the La Nina weather phenomenon means heavier rainfall amidst the heat (The Star, July 20).

And because climate change is happening and in our faces, it is also the time of renewed denial.

I see people once again regurgitating the “fact” that Earth has gone through hot and cold cycles before, why is this any different?

I read all of this, and it discourages me. Climate change is happening. It’s in our news every day and instead of rallying to stop it, most of us are just ignoring it while the worst of us are actively trying to deny it.

So let me tackle these questions with one longer answer, as all these arguments against the current heatwave having anything to do with climate change are basically raising the same point.

Why is this heatwave indicative of anything other than a heatwave?

The answer is simple: it’s not about the current heatwave. It’s about a general trend of warming that has happened in modern times. When temperatures hit 39.3°C in Brest, France, smashing the old record of 35.2°C, it’s not just a wow moment, because temperatures have been increasing every summer – 2013 to 2022 have been the hottest years on record.

Now I’m sure the climate denier is saying, so what? Ten years of rising temperatures. Big deal. Earth goes through warming and cooling cycles. To which I say, you’re absolutely correct, the Earth does cool and warm. And if you know that, really know that, not just from reading someone posting something from their basement, you would also know that, historically, the Earth doesn’t cool or warm this fast.

What about even further back? Luckily, we know Earth’s historic temperature from tree rings, glacial ice and more, and we know that Earth’s temperature has indeed risen by 5°C in the past. But that temperature change took about 5,000 years to happen. At the current rate of warming we’ll reach a 5°C increase at 20 times that rate. What is different about the Earth then and now? Us.

Now let me get to these climate deniers I see online. They’re always of the same breed. Their feeds are always full of knee-jerk, reactionary positions, railing against the status quo because they know better. The status quo is definitely not always correct, but neither is it always wrong either.

What I’m trying to say is that these climate deniers are usually people who think they’re special. They believe because their views go against the grain, they know better and that elevates them. And of course, that is the appeal in believing anything that goes against the grain.

The problem with using climate change as a point to stoke your own ego with your ill-informed theories of climate and temperature increases, is that you spread your nonsense online and people that are on the fence might be persuaded by your stupidity. Just because you want to stroke your ego and post an iconoclastic view on Twitter.

The best part is climate change is destroying our world, but there is very little legislation, very little being done at the government level to rein it in. So what are these deniers whining about? It’s not like we’ve done what is necessary and cut off fossil fuels, we’ve done nothing. So what are these people railing about? The knowledge that climate change exists? Just stop.

Climate deniers. Please stop. Read up. Go to reputable sources and find your information before you start shooting off your ill-informed opinions online. You’re literally killing us. Seriously.

Big Smile, No Teeth columnist Jason Godfrey – a model who once was told to give the camera a ‘big smile, no teeth’ – has worked internationally for two decades in fashion and continues to work in dramas, documentaries, and lifestyle programming. Write to him at lifestyle@thestar.com.my and check out his stuff at jasongodfrey.co. The views expressed here are entirely the writer's own. 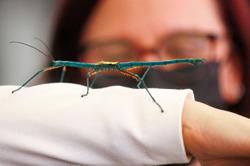 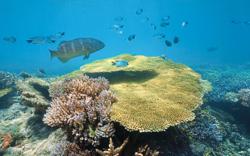