I'm gonna be, all by myself

In a future where we’re all choosing our own paths to entertainment, common ground might be a rare thing. — 123rf.com

Charles M. Schulz, creator of the comic strip Peanuts, once wrote about modern society, that things we discuss around the watercooler at work are people and events that never actually happened.

He said this in relation to humans loving TV. That when we gather, we laugh at or are appalled by whatever Rachel said to Joey on Friends, or what Jack Bauer did on the latest episode of 24. Our common points of discussion were all fiction.

Looking back at that notion of gathering around a watercooler to chat at work seems like a million years ago. Most people are working at least partially from home nowadays and you can bet that the watercooler is shut down due to Covid-19. And when it comes to discussing people and events that never happened, streaming has sort of put an end to that. And I’m not sure we’re better off for it.

When I say streaming has put an end to it, it’s because entertainment has become decentralised. Music went that way first. With digital downloads and then streaming, people listened to what they wanted – no longer were people reliant on radio to bring them the hits or basically spoon feed all of us the same music. We all went off and found what we liked and listened to that. The phenomenon of people singing songs that we all know has sort of dropped off the map, unless we’re singing something old. And it's the same for episodic TV.

Netflix, Amazon Prime, HBO Go, and other streaming services have created a world where, though we might be spending a bunch of time watching programmes, the chances we’re all watching the same thing are increasingly rare. And even if we do enjoy the same shows, we’re watching them at our own individual cadences, so that initial excitement that might motivate a chat the morning after watching a great show might happen on a bunch of different mornings for us all.

Watching TV is no longer the communal experience it was.

Of course, Disney+ and HBO have tried releasing their shows on a weekly schedule so that people can get this communal experience again, and to a certain extent it does seem to work. When a new episode of a popular show comes out, social media is abuzz with references and spoilers. But it does seem that releasing programmes slowly on a schedule is more of a novelty than the norm. There is no urgency to watch the show as soon as it’s released, many people simply wait to binge the entire thing.

And speaking of binging TV: Am I the only one who watched Friends and realised that whole arcs that seemed to go on and on, fuelling months of discussions about Monica finally getting together with Chandler, or Rachel and Ross breaking up, actually only lasted a few episodes? But with the regular schedule of TV back then, and re-runs, and breaks from regular programming, these arcs lasted much longer.

That brings me to the other thing: When I binge a show, I realise afterwards that I remember very little about what actually happened. It’s like the events I watched happened so quickly and had so little time to sink in, that I absorbed it all, was entertained, and moved on. Maybe streaming is turning entertainment into fast food. Or maybe we’re turning it into that. Maybe we should savour shows more. Watch them slowly and let them sink in. Or maybe I’m just old and can’t remember as well as I used to.

In any case, it’s pretty clear that as our entertainment options get more and more individualised, it becomes less and less likely that we’re all consuming the same content. And this only gets more extreme once we get a legit metaverse. Imagine if we can all create our own realities where we listen to the music we like, watch the shows we want, in the background we want, with the people we want, in a world we can create? Once that happens, we’re never coming up for air.

I agree with the sentiment of what Schulz wrote, about how our common ground comprised only fictional stories and characters, but at least we had a common ground. In a future where we’re all choosing our own paths to entertainment, common ground might be a rare thing.

Judging by what happened at COP26, we're just monkeys collecting poisonous nuts as the planet burns up 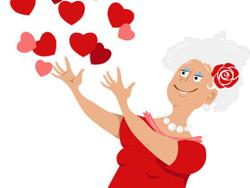 'Weed' your negative thoughts and cultivate a peaceful mental garden
Heart and Soul: Starting life in a nursing home
Last nine years among 10 hottest ever
How global firms are falling short on forest protection vows
Unique art and whisky collaboration highlights New Year celebrations around the world
Getting married in a time of Covid
Dear Thelma: Feeling hurt as my good friend is pulling away from me
How 'reversible building' is rethinking the use of buildings over time
Heart and Soul: An angel watching over us
Climate change: Why thawing permafrost is a triple-threat