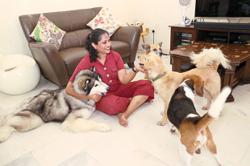 We took Bob, our beloved Beagle, into our family when he was a pup.

For many years, he lived with us and his "brother" Max, a Golden Retriever.

Bob had an ear infection when he was young but he fought it and the infection cleared.

During the Covid pandemic, we bonded with him and Max. We showered them, took them for walks and fed them.

Many times, snakes and monitor lizards would come into our house. Max and Bob would do anything to protect us and ensure our safety.

There was one time when Bob was helping Max fight through his pain when he was injured. A few months later, Bob was keeping Max company when he was having heart failure at the age of 13. Max passed away in April this year. Bob became really sad.

A month later, we took in another puppy, a Labrador mix. He was just one-and-a-half months old. His name is Toby.

A few days after he came, he started following Bob around the house. We couldn’t put him in the cage because he just didn’t like it at all.

Toby would always play with Bob and also cuddle with him sometimes. When Toby turned three months, he started to play aggressively and Bob couldn’t take it because he was old. So we put him in the kennel with our poodle Dewey so that they could keep each other company.

In September, Bob started moving less. Usually when we came back from school, he would always come to us, but now he didn’t.

Then in the first week of October, my dad took him for a checkup at the vet clinic because he looked so weak. She said that he was having heart failure and nothing could be done about it because he was too old.

The only thing we could do was make him comfortable. We gave him a blanket to sleep on.

He was in pain when he tried to urinate and defecate.

As the days passed, he became weaker until he couldn’t walk.

My dad bought some nutritious food for Bob and it kind of worked. He was also drinking lots of water.

On Sunday, Oct 9, my dad took him to the vet again. He was put on drips so that he might get better. But sadly, it didn’t work.

But the next day, he urinated and defecated – a good sign, my dad said.

In the evening, my mum went to give him food. He was breathing heavily and didn’t eat the food or drink any water.

At around 7 o’clock, he lifted up his head, took his last breath and lay down lifeless, with my mum and younger sister by his side.

Our dog had left us and gone to a better place. His time on earth was up.

Around 8 o’clock that night, we wrapped him in a blanket and buried him. We lit candles and put flowers on his burial spot.

We were lucky to have him with us for 15 years. He gave us much joy and showered us with love, even when he was old. We’re glad to have some wonderful memories of him.

We are thankful to Dr Inderjit for helping to take care of him when he was ill. His love and smile will forever be remembered by us all.

My Pet Story: Ginger, the spice in my life

Round of a-paws for helping animal shelters

Dog Talk: These cats have different reactions when a 'wolf' comes to visit 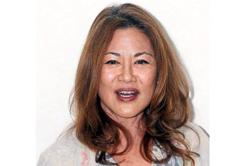 Amsterdam unveils its largest bike garage, and it's underwater
INTERACTIVE: Funny bunny facts for the Year of the Rabbit
Russia's conflict diamonds: Who profits most from the ongoing trade?
Ukraine's Odessa wins Unesco status despite Russia opposition
Graves sink and fisheries shrink as a result of climate change in Fiji
Venice of Africa threatened by severe flooding due to climate change
Berlin homeless charity: Needs are soaring but donations are dwindling
This German football fan decorated her whole home in her team's colours
Climate crisis: We must listen to young voices
In rural Cambodia, fried tarantulas are a crispy delicacy