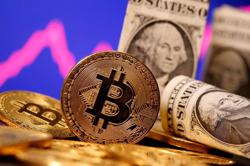 The electricity powering Chicago's public buildings will be entirely clean and renewable by 2025. Photo: AFP

The mayor of Chicago, Lori Lightfoot, has announced plans to power all of the city's public buildings with renewable energy by 2025.

This includes more than 425 buildings, including City Hall, but also O'Hare Airport, one of the busiest in the world. This initiative should make Chicago one of the largest cities in the United States to commit to clean energy.

The savings in CO2 emissions are estimated at more than 290,000 tonnes per year. Putting that into perspective, the figure is equivalent to the emissions associated with 62,000 passenger vehicles, according to the US Environmental Protection Agency (EPA).

The city has signed an agreement with electricity provider Constellation, in collaboration with clean energy specialist Swift Current Energy. The construction of a solar generation installation should start before the end of this year, located across Sangamon and Morgan counties.

Eventually, this will be used to supply some of Chicago's larger municipal buildings and facilities. For remaining power uses, like smaller buildings and Chicago's street lighting system, the city plans to procure renewable energy credits from other sources.

The challenge is significant because, within 15 to 20 years, all the electricity consumed in the city should come from so-called clean sources, such as solar or wind power.

This agreement forms part of a vast climate action plan (CAP) aimed at reducing greenhouse gas emissions in the city by more than 60% by 2040.

For example, Chicago has already begun to switch its auto fleet to fully electric vehicles, with a full transition planned by 2035.

It has also increased financial aid to accelerate energy efficiency renovations in many buildings, starting with libraries in the city's most disadvantaged neighbourhoods. – AFP Relaxnews

This sustainable future building will have neither heating nor air conditioning