This tableware collection aims to help blind or visually impaired diners to locate the food on their plate. Photo: AFP

A seemingly simple idea could help blind or visually impaired people to locate the contents of their plate without being obliged to touch the food directly.

Using different textures, like raised dots or dashes or a smooth surface to identify food groups like carbohydrates, protein or vegetables, a design student has created a collection of tactile tableware and linen to take the stress out of mealtimes.

It's stylish. It's touch-friendly. And it can be used by everyone!

Its name? Tact – a name that evokes what lies behind this tactile tableware collection designed to help blind and visually impaired diners find where their food is located on the plate.

Made of porcelain, these plates, bowls, dishes and salad bowls have contemporary contours and would not look out of place alongside the type of tableware you might find in a sleek contemporary restaurant.

Visually impaired or not, everyone can sit at the table without distinction or discrimination, turning the sharing of a meal into a genuine moment of enjoyment and relaxation for everyone.

And this is no mean feat, since, until now, people with visual impairments often had to make do with using plates with stigmatising and infantilising compartments.

This ingenious idea is the work of Pauline Androlus. Inspired by her grandmother who suffers from AMD (Age-Related Macular Degeneration), this collection, which the young designer developed for her final-year project, is a model of inclusivity.

Here, the raised patterns on the tableware have nothing to do with Braille. Contrary to popular belief, not all visually impaired people can decipher this writing system.

Instead, the artist chose patterns with a distinct feel so that people can use them as they wish. The concept was taken a step further with a tablecloth embroidered with thicker and thinner stitching to help diners easily locate where a glass, a piece of bread or a dish is placed. No more spilled drinks or sauce stains on the tablecloth...

From concept to reality

The initiative became a reality under the impetus of Maison Fragile, a French specialist in tableware made of Limoges porcelain.

The Pillivuyt porcelain company, recognised by the French State as a Living Heritage Company (Entreprise du patrimoine vivant) for its long tradition in the art of making ceramic tableware, is responsible for crafting all the pieces in the Tact collection. The table linen is manufactured by Garnier-Thiebaut.

The various pieces in this inclusive tableware collection can be pre-ordered via the crowdfunding campaign launched on Kickstarter. Buying this beautifully designed collection even allows an association to provide the items to a visually impaired person free of charge.

The chef at the helm of Parisian restaurant Pouliche, Amandine Chaignot – who decided to have her customers test this inclusive tableware – is supporting the project, offering a dinner for two people in a pack that also allows copies of the tableware to be donated to blind or visually impaired people. – AFP Relaxnews 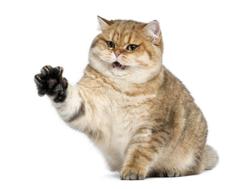