With an average of 25 days of vacation per year and 707 days of parental leave, the Norwegian capital Oslo tops the list of cities with the best work-life balance. Photos: AFP

The various crises the world is currently facing can impact the social and economic organisation of countries around the world, especially in the field of work.

So concludes research carried out by Kisi, which ranks the global cities offering the best work-life balance.

The ranking takes into account criteria such as inflation, the fallout from the war in Ukraine and the impact of the pandemic.

The study, which identifies the world's cities with the best work-life balance, is based on an analysis covering three main categories: work intensity, society and institutions, and the quality of urban life.

More than a hundred criteria in total were taken into account, including remote jobs, the minimum number of vacation days offered, working hours and unemployment rates, but also broader criteria such as affordability, air quality, and wellness and fitness.

"This study aims to go beyond generic metrics such as cost of living while addressing how working and living conditions have shifted in global cities during the pandemic, and now in the context of growing inflation and war in Ukraine," explains Kisi, the cloud-based access control specialist that drew up this ranking.

With an average of 25 days of vacation per year and 707 days of parental leave, the Norwegian capital Oslo tops the ranking. It thus overtakes Helsinki (3rd place), which took first place in Kisi's 2021 ranking. The Swiss capital Bern is in second place.

At the bottom of the list are Cape Town (South Africa), Dubai (United Arab Emirates) and Kuala Lumpur (Malaysia), the lowest-ranked cities in the study.

Paris obtains an overall score of 28/100 and thus falls one place compared to last year (28th).

Dubai, Hong Kong and Kuala Lumpur were identified as the three places where people are most overworked, as opposed to Amsterdam, Buenos Aires and Sydney.

As for remote working, Singapore has the highest proportion of jobs that can be done remotely (52%). The Thai capital Bangkok, on the other hand, has the lowest share (17%).

The survey was conducted in 49 cities around the world, as well as 51 cities in the United States. Data for this study came from international organisations, NGO reports, open access datasets, public surveys, and crowdsourcing platforms. – AFP Relaxnews

Hongkongers are more overworked and unhappy in their jobs than most of their Asia-Pacific peers, survey finds 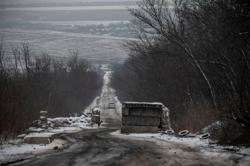 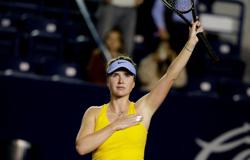