Why Russia's invasion of Ukraine could also threaten dolphins

According to researchers, 80 dolphins have been found on the shores of Turkey's Black Sea since the Russian invasion of Ukraine, which began on Feb 24. Photo: AFP

The noise pollution linked to Russia's invasion of Ukraine could have repercussions on marine life and threaten the survival of dolphins.

At least, that's the hypothesis put forward by Turkish researchers who point out the abnormally high number of cetaceans that have been stranded on the coasts of the Black Sea since Russian forces invaded Ukraine.

Less than three months after Russian forces began their invasion of Ukraine, the toll is already very high: thousands of deaths, destroyed houses, polluted soil. But this war could also have repercussions on the lives of animals, in particular, dolphins.

Scientists from the Turkish Marine Research Foundation (Tudav) recently noted the disturbing presence of stranded dolphins on Turkish beaches along the Black Sea.

According to the researchers, 80 dolphins have been found on these shores since the Russian invasion of Ukraine, which began on Feb 24.

This abnormally high number could be explained by the presence of Russian navy vessels and by ongoing military activities, thus pushing the cetaceans to migrate southwards, towards Turkish and Bulgarian coasts.

Half of these animals were found dead, trapped in fishing nets. What happened to the rest of them?

"Acoustic trauma is one of the possibilities that come to mind," hypothesised Dr Bayram Ozturk, the chair of Tudav, who spoke to English media The Guardian.

"We don't have proof on what low frequency sonar may cause in the Black Sea because we have never seen this many ships, and this much noise for such an extended time – and science always demands proof."

According to a report by the International Union for Conservation of Nature (IUCN), "underwater noise pollution, such as that produced by sonar during military exercises, seismic surveying for oil and gas, shipping and acoustic deterrents, represents the third most important threat, especially for cetaceans".

"The noises and sound waves produced by certain equipment can interfere with their communication and echolocation systems, often causing physiological disruption, sudden behavioural changes and stress that can lead to death", warns the association. – AFP Relaxnews

The rubber ducks that changed our understanding of the world's oceans

The blue whale: large in life, even larger in death 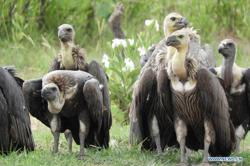 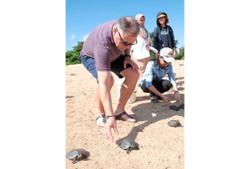