Guys, it's time to open up and talk There is a stigma attached to men expressing their emotions and talking about their feelings. Photo: Freepik

Guys need to open up and share their thoughts on topics they rarely talk about. These include gender equality, matters close to their heart, and how the pandemic has affected them socially and emotionally, says Universiti Tunku Abdul Rahman (UTAR) student Jonathan S. P. Alexander.

The millennial thinks his peers must try to overcome the stigma attached to guys talking about their feelings and asking for help with their problems.

“There are many people within our community who have been going through loneliness. It has been very prevalent since the start of the Covid-19 pandemic.

“It is essential to check on our friends. A simple ‘good morning’ text can mean so much to a person who’s going through a difficult time. Be observant; we all have a part to play to help each other,” said third-year English Education undergraduate Alexander, one of the panellists at Malaysia’s first #globalguytalk webinar entitled "Pandemic Struggles and Guys in Silence” (Shared perspectives of young men in a university setting) held on Nov 27.

The webinar was organised by the Swedish Embassy in cooperation with the Swedish Institute and non-profit equality organisation Make Equal in collaboration with UTAR.

#Guytalk – first started by Swedish feminist and Make Equal founder Ida Ostensson in 2016 – encourages conversations on different themes about what it’s like to be a man, and it’s based on the idea that the dialogue about gender equality also needs to be owned by men and boys, not only by women.

#Globalguytalk is an initiative by Make Equal which is now being spread to the rest of the world by the Swedish Institute. 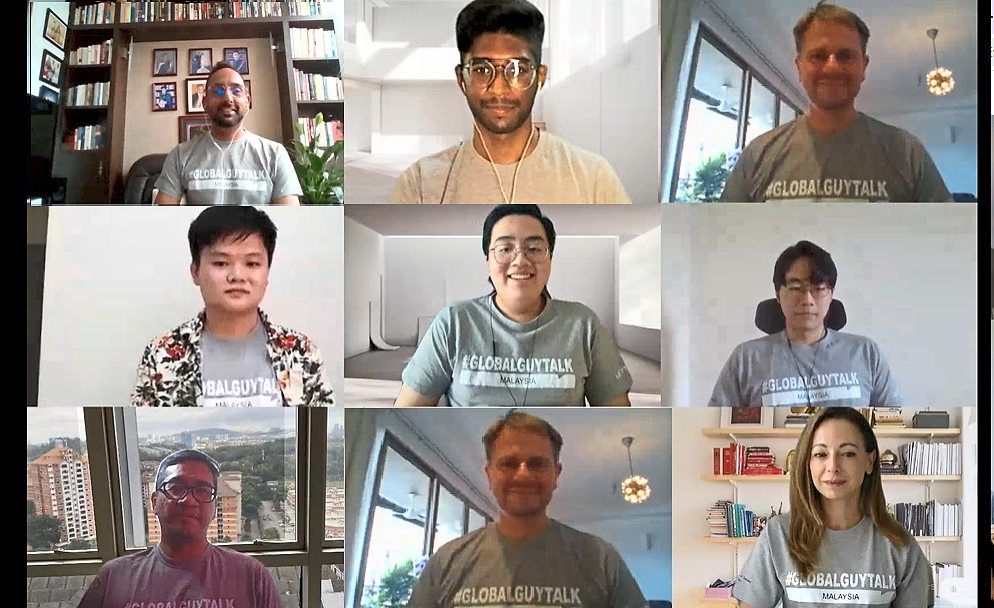 Malaysia’s first #globalguytalk webinar was aimed at encouraging male students and men to open up and talk about their feelings. — Embassy of Sweden Kuala Lumpur

Society rules that men should always be strong and confident and that boys must be raised this way, failing which they would seem too “girly”. Men are generally discouraged from expressing their emotions or talking about their problems.

Toxic masculinity – which happens when men/boys are prevented from displaying their feelings – can lead to social awkwardness, bipolar disorder and depression.

The webinar aimed to encourage male students and men to open up and start conversations with each other that can influence attitudes and increase gender equality. It also focused on pandemic struggles and how it has affected UTAR students socially, emotionally and educationally.

Oon opined that there is nothing wrong with guys sharing their feelings about matters close to their hearts.

“There’s a common stigma attached to guys opening up and talking about issues that bother them. There’s absolutely no harm in opening up. If you don’t try, you will never know. Don’t think everyone is going to laugh at you. Have faith and confidence in your friends.”

Alexander thinks it is critical to pick the right people to confide in.

“’Friends’ do not necessarily mean peers from the same age group. They can range from people in their 30s, 40s or 50s. What’s most important is one must be comfortable with the group and they must be willing to open up and share their success stories or failures,” he said.